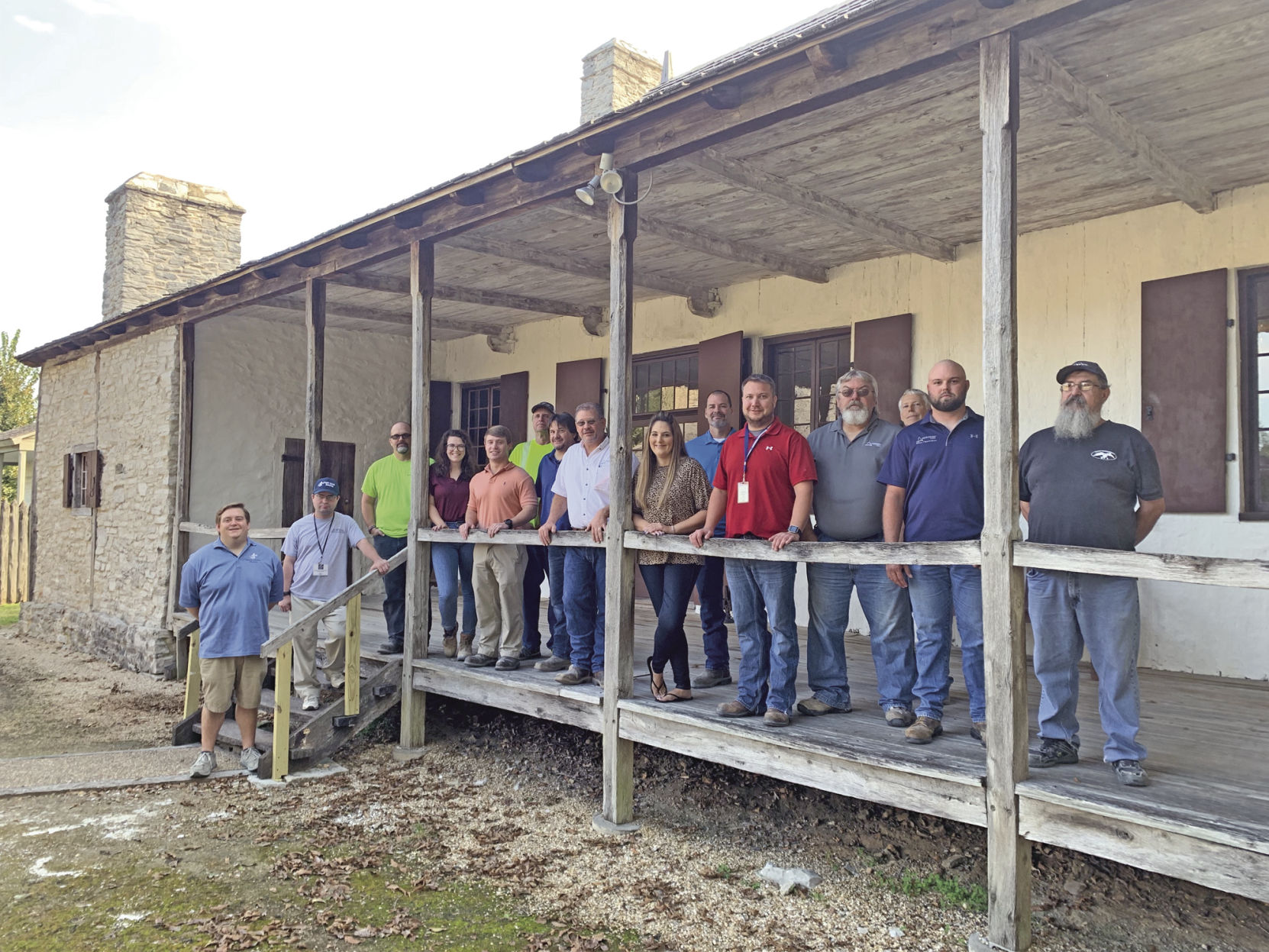 The Louis Bolduc House is a poteaux-sur-sol (post-on-sill) vertical timber structure built in two phases in the late 1780s and early 1790s.

The structure is the only National Historic Landmark in Ste. Genevieve and is perhaps the best example of a restored French Creole house dating from the colonial era, before the Louisiana Purchase.

The whitewashing project was an essential follow-up to another project that FCA carried out earlier this year, as they conducted extensive restoration of the wall chinking, called “bousillage” by the French colonial settlers of the region. With expert input from Felix Valle House State Historic Site director Donna Rausch and architectural historian Jesse Francis, the project team made large quantities of bousilliage by hand, which they applied in between the logs beginning in April. The project required multiple members of FCA staff and volunteers, led by FCA director of museum operations Robbie Pratte, and lasted through June.

FCA contacted MLC in July to initiate a partnership for the second phase: creating and applying a period-correct whitewash. This involved utilizing the expertise of Mark “Doc” DeGeneva and Randy Griffard of MLC research and development to research the historic recipe, which was made with MLC-harvested lime from Ste. Genevieve. The application of whitewash, which had not been done at Bolduc House for more than a decade, is a vital preservation process, as the lime in the mix discourages insects and vermin from boring into the structure.

In addition to developing the recipe, MLC provided the materials to make the whitewash, and provided a team of more than a dozen employees led by site reliability process leader Tom French, who worked with FCA staff to put four coats of whitewash on the outer walls of the historic structure.

“It was nice to be able to combine a Mississippi Lime team building exercise that benefited both my team and the Ste. Genevieve community,” French said.

“We are extremely grateful to the leadership and employees of Mississippi Lime for their help with this project,” said FCA president Tandy Thompson. “Not only would it not have been possible without their generous assistance, but it represents a rekindling of a long-standing relationship and direct involvement of the company with the preservation of the historic Bolduc House. In the late 1940s and 1950s, the Matthews family — including Harry B. Matthews Jr., founder of Mississippi Lime — and the company were heavily involved in the acquisition and initial restoration of the house. I personally had the privilege of knowing Mr. Matthews, his wife Connie and their daughter, Margaret — all of whom worked diligently to save this National Historic Landmark which helped start the historic preservation movement in Ste. Genevieve.”

FCA has been managing the museum campus, owned by the National Society of the Colonial Dames of America in the State of Missouri since 2017.

(Information in a release from French Colonial America.)