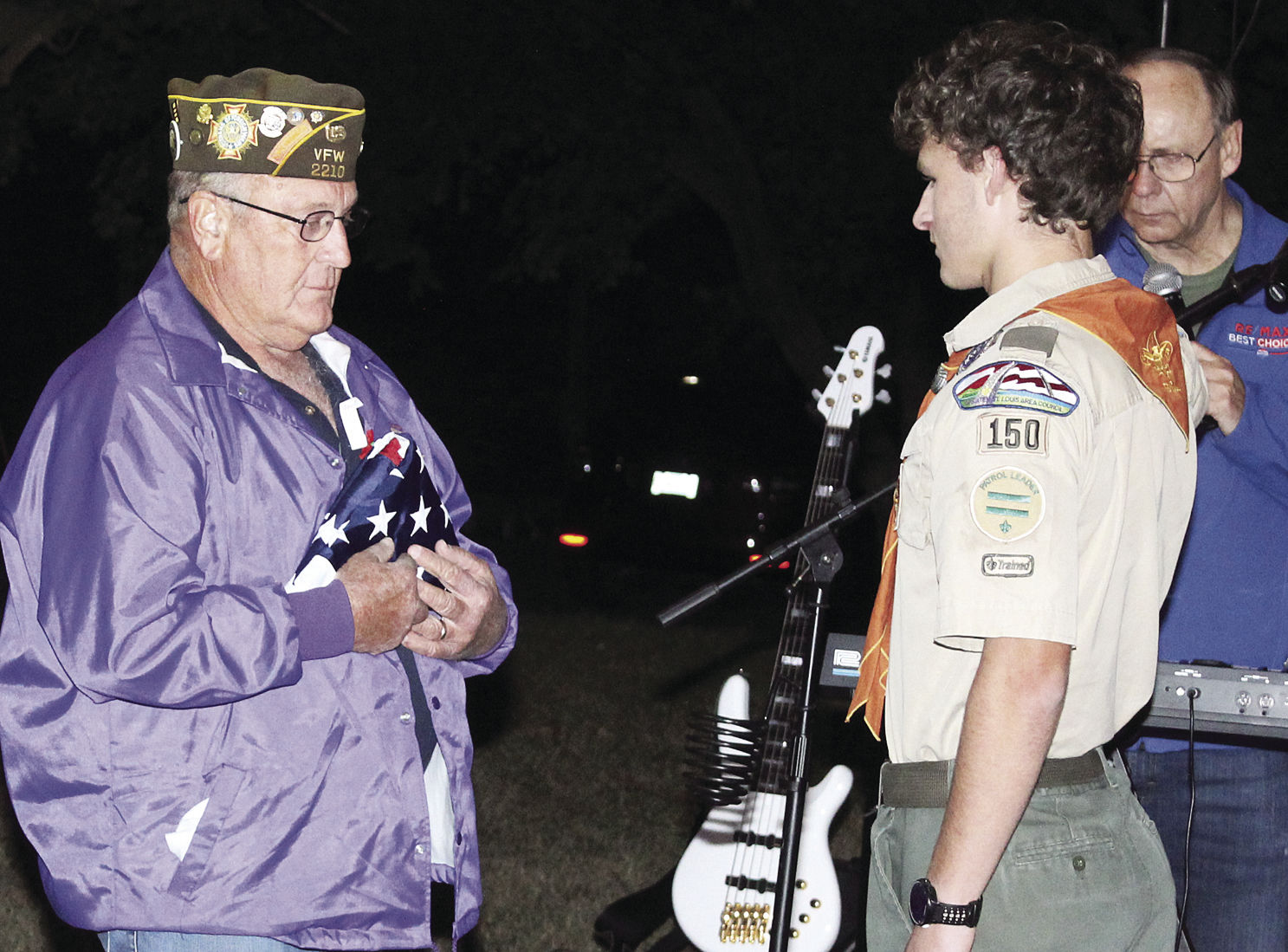 The event was held in brisk weather, encouraging people to warm around the bonfires and make hot dogs and s’mores. Attendees got to look at some vintage military equipment, including a machine gun-bearing Jeep and a couple of 20th-century cannons. Face-painting and balloon animals also were part of the event. Local band Crossroads entertained with an evening of classic rock and other hits. The band also performed the “Star Spangled Banner.”

Local insurance and real estate agent Heather Torres has organized and pulled together the event its first two years. The event in Ste Genevieve was started originally while Torres was working  with The Missouri Real Estate Team. Since that time, she has joined the State Farm-Meagan Wade Agency. Torres has also taken charge of organizing Ste. Genevieve Park Friends, a non-profit organization created to raise funds for the city’s parks.

See complete story in the October 16 edition of the Herald.

Is it safe for Ste. Genevieve County to move ahead with its COVID-19 reopening plan?