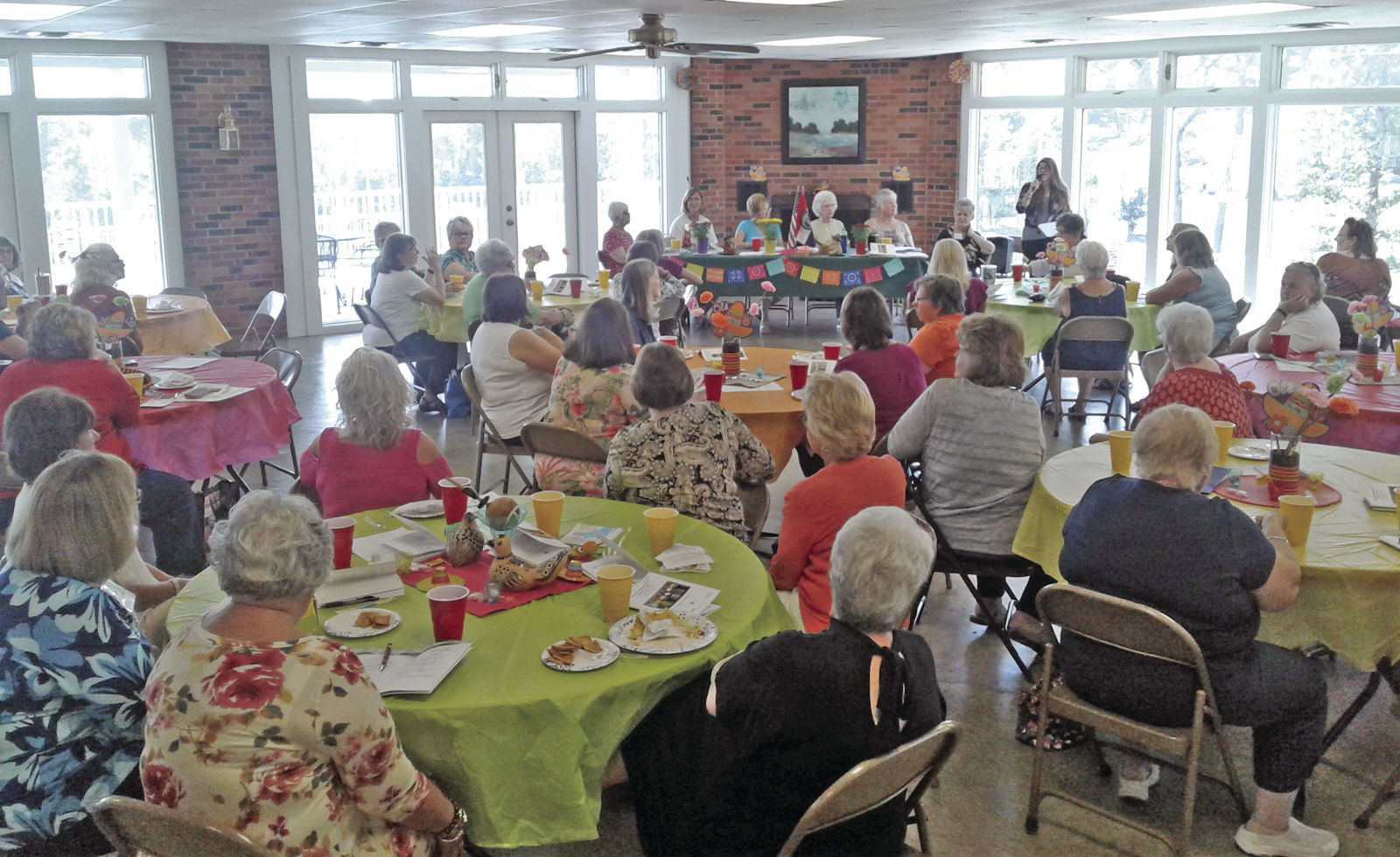 September marks the beginning of the fiscal year for the GFWC Woman’s Club of Ste. Genevieve, as it celebrates 71 years since its founding.

The club continues to grow each year.

The Lake Forest Estates clubhouse is large enough to accommodate wedding receptions, but it was nearly filled by the time room was made for the fifty-something club members and guests, a registration table, a donations table and all the food for the “Welcome Back Fiesta Lunch,” complete with taco bar.

The lunch, including desserts and drinks, was furnished by club officers and past presidents.

The speaker for the event was Bailey Otto, communications director for the Ste. Genevieve R-II School District and granddaughter of beloved past club president Mary Ann Otto.

Bailey Otto spoke about the “BackPacks for Friday” program, which fights against hunger in the community.  The R-II School District works with the Southeast Missouri Food Bank on the program.

Fifty selected students from Bloomsdale Elementary and Ste. Genevieve Elementary schools receive a backpack of food each Friday to take home. The program estimates that $350 will feed one student throughout the year.

Club president Naomi Glassey presented Bailey Otto with a check toward that goal at the conclusion of the presentation.

Members also filled a table, which spilled over onto the floor, with paper towels and facial tissue donations to Valle, Bloomsdale and Ste. Genevieve Elementary schools. The teachers thanked the club and added that they would be put to good use.

Part of each year’s initial meeting is the presentation of the club yearbook, a comprehensive resource for members that includes not only the year’s scheduled meetings, by-laws, membership list, officers, etc., but also inspirational messages such as “Don’t judge each day by the harvest you reap but by the seeds that you plant,” by Robert Louis Stevenson.

But even an ordinary-sounding activity like this presentation is made into entertainment, as each officer in turn paraded through the crowd in a flamboyant costume illustrating the theme of one of the year’s meetings, much to the amusement of the onlookers.  As there were more meetings than officers, quick costume changes added to the hilarity.

The GFWC Ninth District Fall Convention will be November 2 in New Madrid.

Among the activities planned is the collection of items for Operation Christmas Child, one of the club’s international outreach programs. For more information about the club, contact Glassey at 314-630-9896.

The General Federation of Women’s Clubs and the Woman’s Club of Ste. Genevieve are dedicated to strengthening their communities and enhancing the lives of others through volunteer service. They help to create change by supporting the arts, preserving historical and natural resources and advancing education through scholarships.