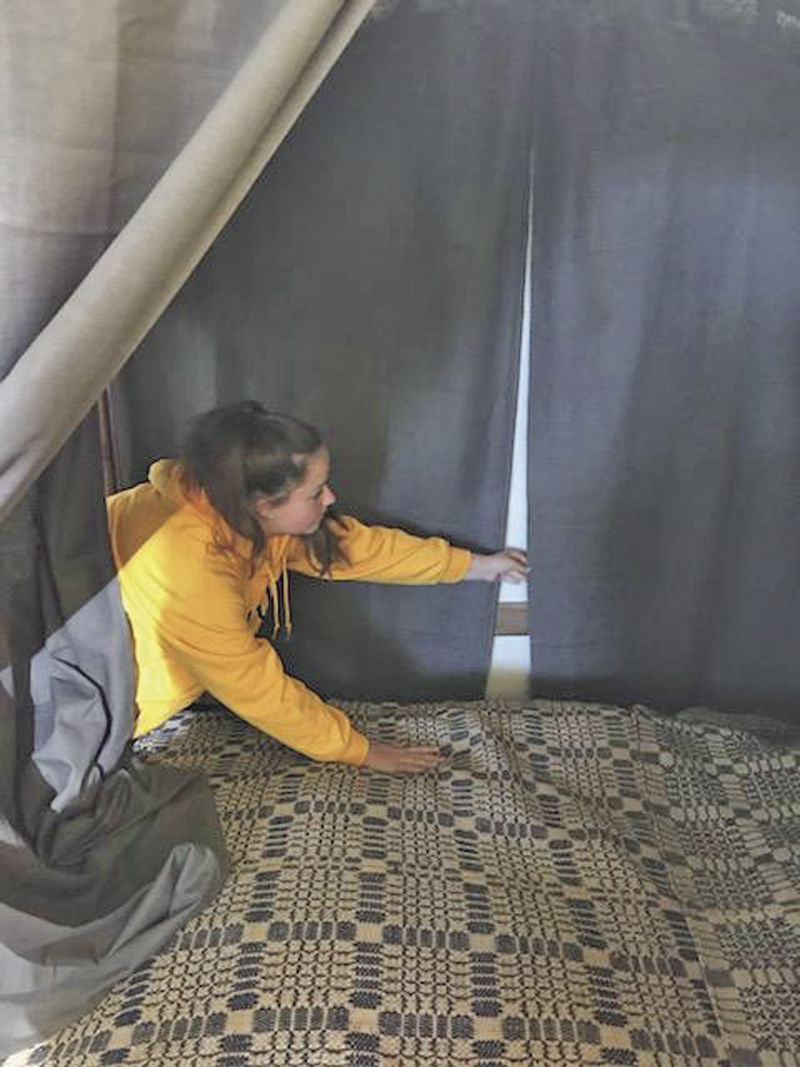 A local Girl Scout, Katie Ahne, with the help of her family — Frank, Roseanne and Joe Ahne — took on a project this summer to help French Colonial America continue its ongoing series of improvements at the historic Louis Bolduc House.

Katie Ahne and her family researched  and hand-sewed a canopy and set of curtains to restore an early 19th century bed that currently occupies a prominent space in the south room of the Bolduc House.

In doing this project, Katie Ahne earned her Girl Scout Silver Award, the highest award a Girl Scout Cadette can earn. The suggested minimum time required to be put into the project is 50 hours. The family recorded 410 hours of sewing. Katie Ahne had several things required by Girl Scouts that she had to accomplish before she could even start the project, including having the project approved by the troop leader.

This is what the website says about the award: “The silver award gives you the chance to show that you are a leader who is organized, determined, and dedicated to improving your community. Earning the award puts you among an exceptional group of girls who have used their knowledge and leadership skills to make a difference in the world.”

Big Love Is Next In Summer Music Series