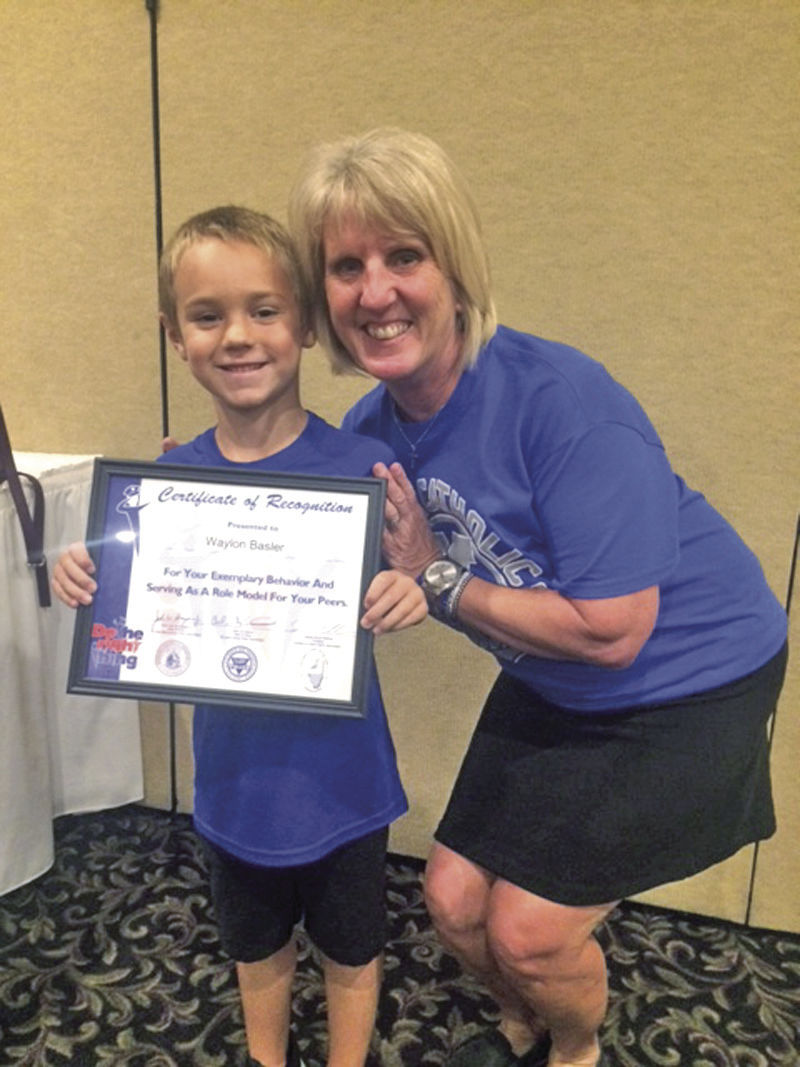 Waylon Basler, a first-grade student at Valle Catholic Grade School in Ste. Genevieve recently was chosen for the Do The Right Thing Award. He is the son of Jason and Michelle Basler.

He was honored at a ceremony on September 20 at the Shrine of Our Lady of the Snows in Belleville, Illinois. Waylon’s mother, along with teacher Jan Weiler, attended the ceremony.

Weiler nominated Waylon for the award with these words:

“Waylon started a Can Tab Drive, reaching out to members of the community to collect tabs to support the Ronald McDonald House in St. Louis. He was very dedicated in collecting as many  tabs as possible, filling an entire wagon with thousands and thousands of tabs. This organization is very near and dear to his heart. He knows first-hand the impact the Ronald McDonald House has on families, as his aunt and uncle stayed there while their triplet babies were in the NICU. He inspired the entire school to save tabs. His kindergarten class and other Valle Catholic students personally delivered the tabs. He is making a difference for families with children in the hospital now and in the future.”

Do the Right Thing of Greater St. Louis, Inc is a non-profit organization operating in the St. Louis area. The mission of the organization is to work in partnership with area law enforcement agencies, schools, media and businesses to recognize and promote the positive social behaviors of school-aged youth in the region.

In the schools: St. Agnes students learn about explorers

In the schools: SGMS student excels in art contest