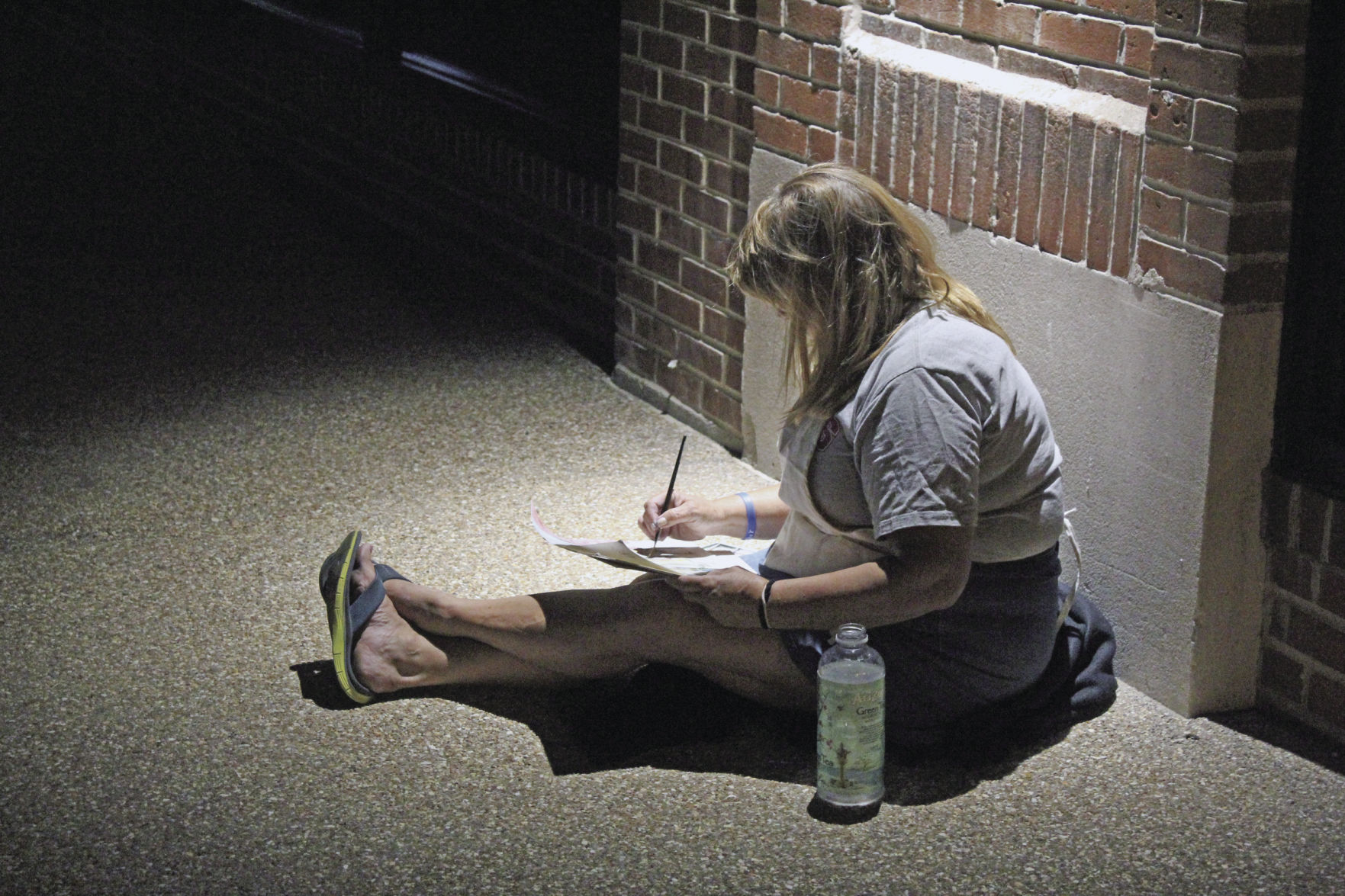 The competition and related art sale and show were for the first time based out of the Art Center and Art Museum building — formerly the Ste. Genevieve Museum — on the Courthouse Square. The art guild is in the process of turning the county-owned property into a place to showcase and teach the arts.

Plenty of art was featured there last week, and four artists were giving lessons in how to succeed by earning three awards each from the 19 total awards.

Artists worked outdoors — “en plein aire,” as the French term it — both on their own and in timed or location-based paint-outs. The competitive event took place over four days beginning Wednesday, September 25, and concluding with shows on both Saturday night and Sunday.

Former Ste. Genevieve Art Guild member Derek Gollaher of Farmington took Best of Show and People’s Choice for the same painting, “The River,” a scene featuring the Ste. Genevieve-Modoc Ferry at Little Rock Landing that he captured in oil paints.

Spencer and Rohlfing both garnered three awards each, but Spencer took the coveted $500 Dorothy “Dot” Uding Memorial Award, which was open to all 22 participants.

The Uding family has been supporting the Ste. Genevieve Plein Air Competition for a decade. It was begun in 2009 by Dot’s children as a way of honoring her and her love of painting outdoors. That the Uding family have been sustaining sponsors for ten years has earned the gratitude of the plein air event organizers and plein air artists alike.

Teresa Vaughn, an art guild patron and Dot’s daughter-in-law, brought one of Dot’s paintings to Sunday’s reception. The painting depicts colorful flowers and a gateway, and was painted opposite to the scene suggested by her art instructor. Vaughn saw this as a tribute to those artists who have their own vision, and see other choices than those presented to them.This perspective was shared by Spencer, who so loved the hospitality at Stella and Me Cafe that she stayed to paint the back yard’s boat, camper, trees, etc. — along with a view directly opposite the cafe: bright flowers blooming against a row of doors. The similarity in this scene to that chosen by Dot so long ago wasn’t lost on Vaughn, who congratulated the tearful Spencer on the award, her third for the event.

In an attempt to encourage guild members to try plein air painting, the Ste. Genevieve Art Guild offers a “Rookie” award for first-timers. This year, new member Rohlfing was picked by the judge for what he termed a “sweet” painting of a field of soybeans titled “Yellow Fields Forever.”

Rohlfing had a stong start for a newcomer, also garnering a second place for the same painting, and another selection for a purchase award of the Main Street Inn on Saturday.

The complete list of awards for this event follows:

Best of Show — Derek Gollaher for Oil, “The River.”

September 27 at Twilight on the Square — Gary Beazley for Watercolor.

(Information from a release from the Ste. Genevieve Art Guild.)