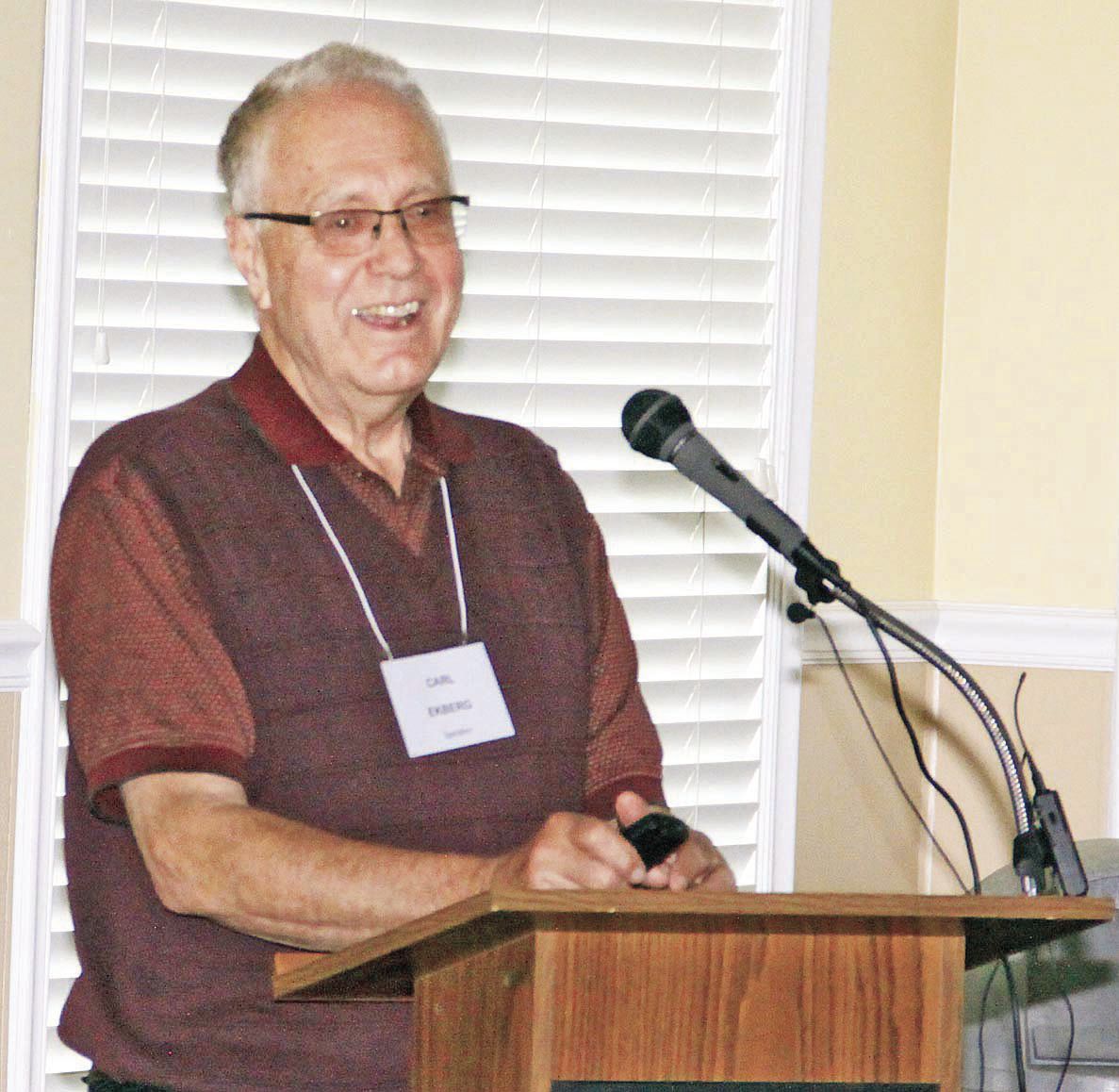 Dr. Carl J. Ekberg, professor emeritus of history at Illinois State University, touched on a hotly-debated topic when he presented “Black Slavery and Black Freedom in Colonial Ste. Genevieve,” as the second of six scholarly presentations at the annual Ste. Genevieve History Conference on Saturday at the Ste. Genevieve County Community Center.

Ekberg, considered by many to be the leading scholar on colonial Ste. Genevieve and the Illinois Country, had concluded his actual presentation and was responding to questions and comments from the audience when he stressed a concept he has espoused in many of his books.

He has long argued that slavery in the Illinois Country of the French and Spanish period was not really based on race or racism.

John Karel, in asking about the Code Noir, or “Black Code,” which covered slavery and the rights of free blacks under the Spanish Empire, questioned Ekberg’s suggestion that racism wasn’t an integral part of slavery here at that time.

“If it was colorblind, how come it was ‘Code Noir,’ instead of some other term?” Karel asked.

“When you have slaves and you have the feeling that this has got to be justified, you can use the religious thing, as the Christians and Muslims did, you can use the prisoners of war justification,” Ekberg said. “In the 1760s, the original Francois Valle is greatly increasing his number of slaves. But for the life of me, I don’t think he’s thinking, ‘These Africans are inferior, so I don’t have any problem having them as slaves.’ I just don’t think that he was thinking in racial terms. These guys are not talking about race at all.”