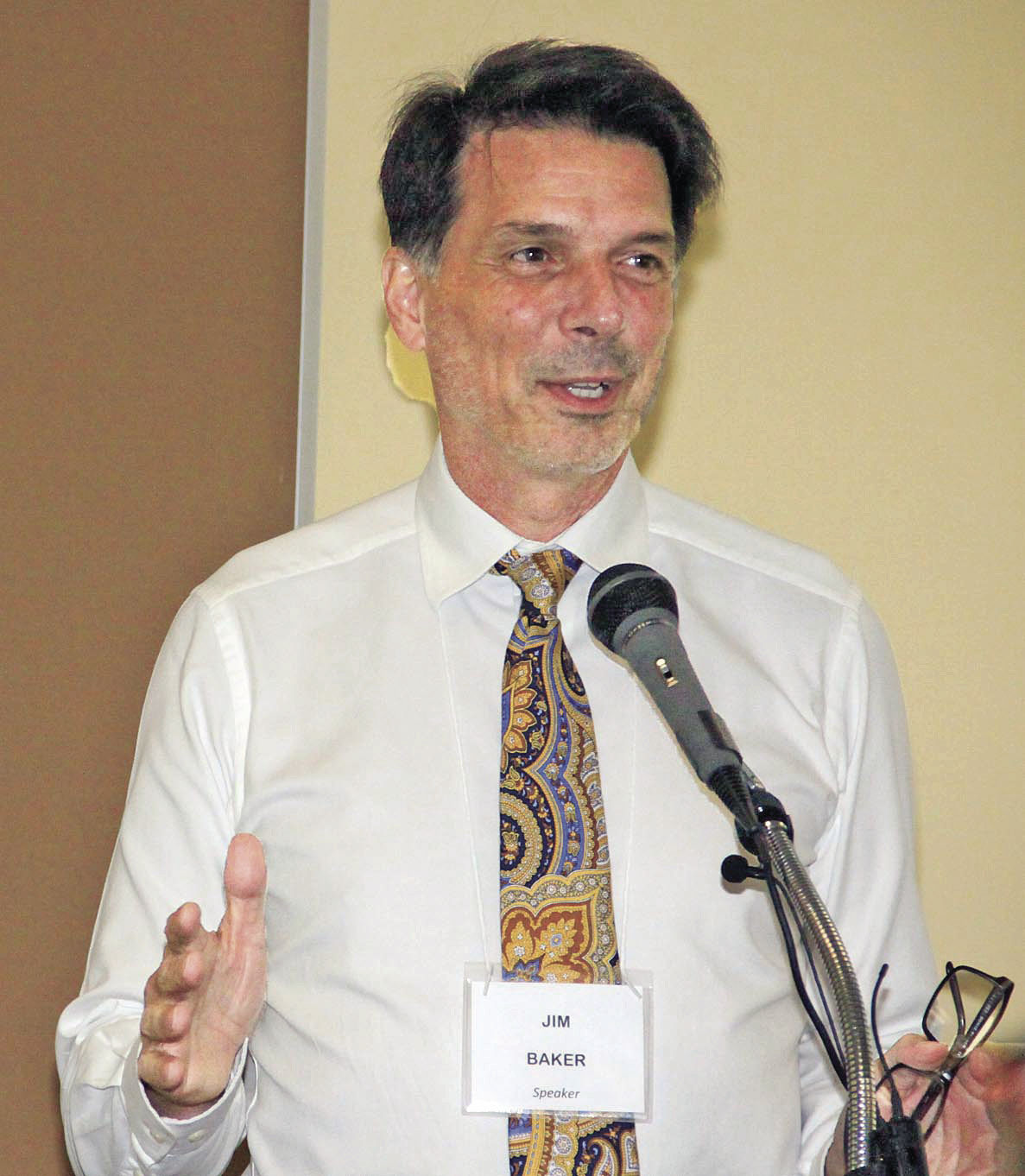 One is that the important legacy of early 19th-century stone buildings in Ste. Genevieve should not be overlooked due to the significance of the town’s vertical log structures.

The other was that components of the first of the town’s stone homes need to be reassembled soon.

Baker, who was site director at the Felix Valle site from 1983 until 2011, said he fell in love with stone buildings during his time at the 1818 Felix Valle House

“In Ste. Genevieve history, we are really focused on those [French colonial] vertical logs,” Baker said, “and rightly so. But today I want to set the balance in motion just a little bit.”

He also touched on the value of Sanborn fire insurance maps, which he called “one of the truly remarkable resources out there to help understand towns and their progressions.” They showed locations, sizes and building materials of buildings, as well as distance from streets, etc.