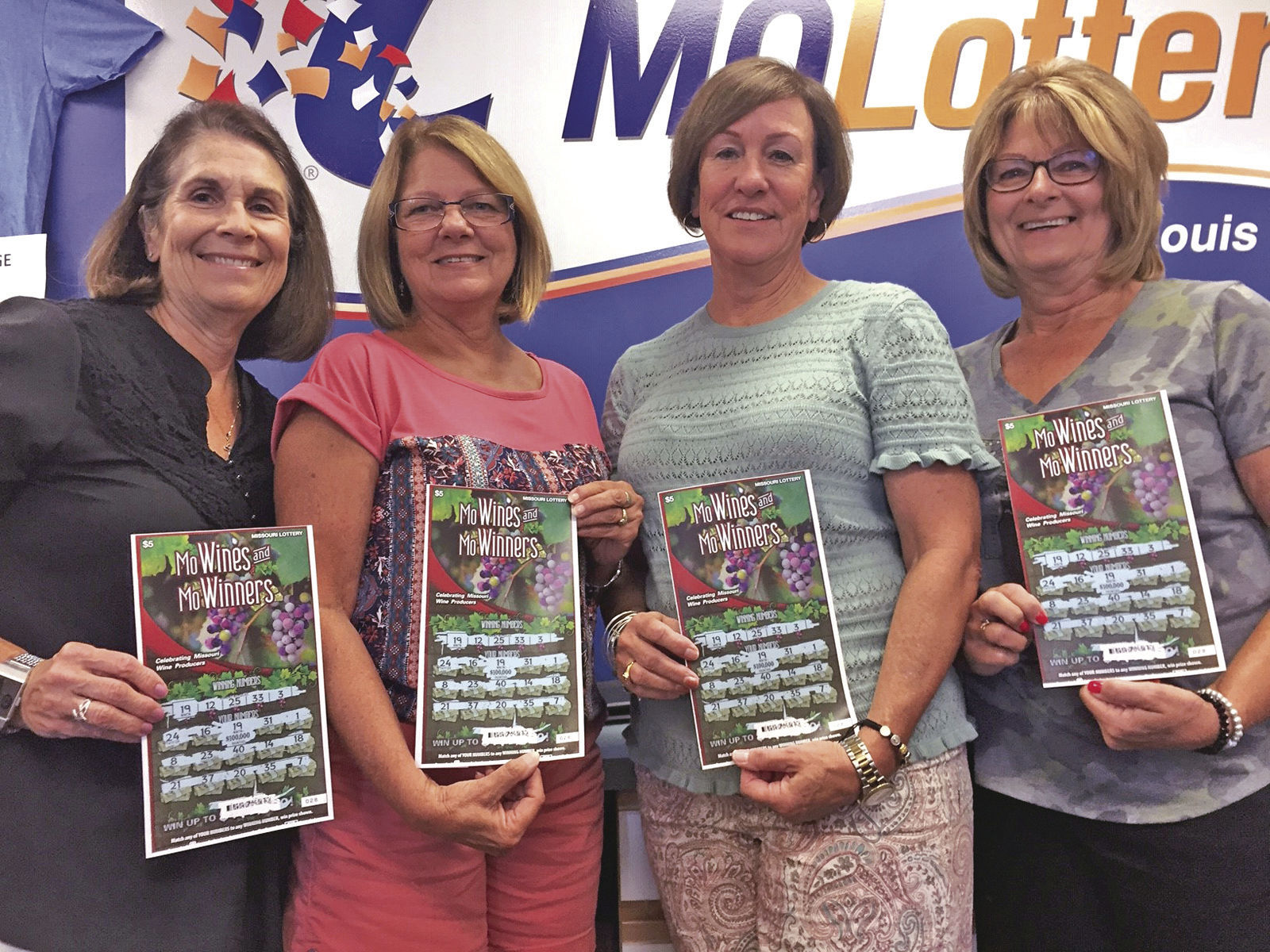 A recent weekend getaway for a group of friends from Ste. Genevieve turned out to be a particularly memorable one, thanks to a $100,000 Missouri Lottery Scratchers prize.

Cindy Drury, Bonita Koetting, Elisea Lewis and Roxann Okenfuss, all of Ste. Genevieve, were headed out for a weekend lake getaway on a Friday in early September when they stopped off in St. James.

“We all put $20 together on the way, and we stopped in St. James and bought $80 in tickets,” Okenfuss explained. “Then, on our way home from Lake of the Ozarks on Sunday, we stopped at the same place again and cashed in the $65 we won off that $80.”

The retail location where the four friends stopped twice that weekend was On The Run, 101 Highway B, in St. James. After cashing in their tickets, they decided to purchase more Scratchers with their winnings. They had made most of their selections, when they realized they still had $5 left to spend.

They looked the $5 ticket over and decided to give it a try, though they didn’t scratch their new tickets right away. They hit the road again and waited to scratch the tickets until they stopped to eat in St. Clair. After scratching the “MO Wines and MO Winners” ticket, the friends realized they had won much more than their original $80 back.

“We didn’t believe it,” Okenfuss recalled, excitedly. “We said, ‘No, this can’t be right!’ So we got back in the car and drove across the street to check it at a gas station – we almost fainted!”

The prize revealed by the women was one of the game’s top prizes of $100,000 – a much more even amount to split than their original win of $65.

(Information in a release from the Missouri Lottery.)