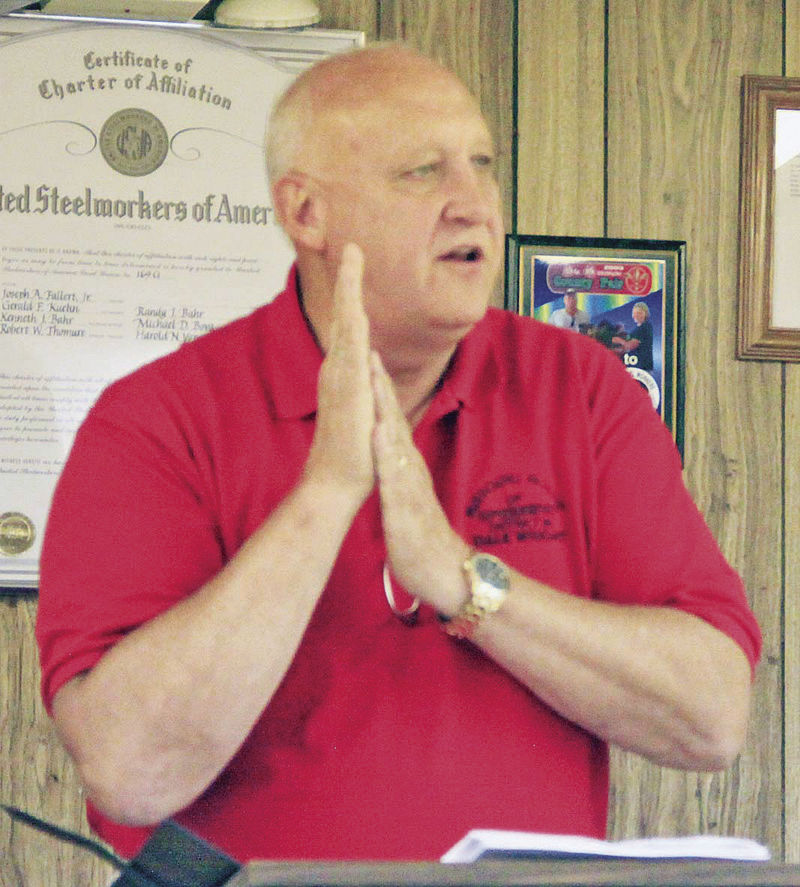 Although a few exchanges during the question-and-answer period became a bit heated, club leaders and members expressed appreciation to Wright for making the visit and for some of the positions he has taken.

“When I took over, I told you one of my goals is we need to hear all points of view,” club president David Bova said before introducing Wright. “If that means inviting our Republican state representative to the Democratic Club, that’s what it means.”

Wright gave some of his own background, growing up in Farmington and starting work as a hospital orderly and ambulance driver before embarking on a career in medical supplies. He retired in 2015 and was actively recruited by term-limited Republican District 116 Representative Kevin Engler to run for the seat in 2016. Wright also described how he and his Democratic opponent, Ste. Genevieve County resident Bill Kraemer, became close friends during the campaign. Wright called Kraemer “one of the most gracious, fine people I’ve ever met.”

Wright also explained that he puts house bills into three categories: bills of conscience, bills of constituents, and bills of caucus or party.

He gave the abortion issue as an example of bills of conscience.

He said he did not agree with the stringent “heartbeat” bill passed in Missouri, which makes no exceptions for rape or incest. He said he felt he had to vote for it anyway, due to laws passing in states like Virginia and New York that allow abortions up to the day of birth.