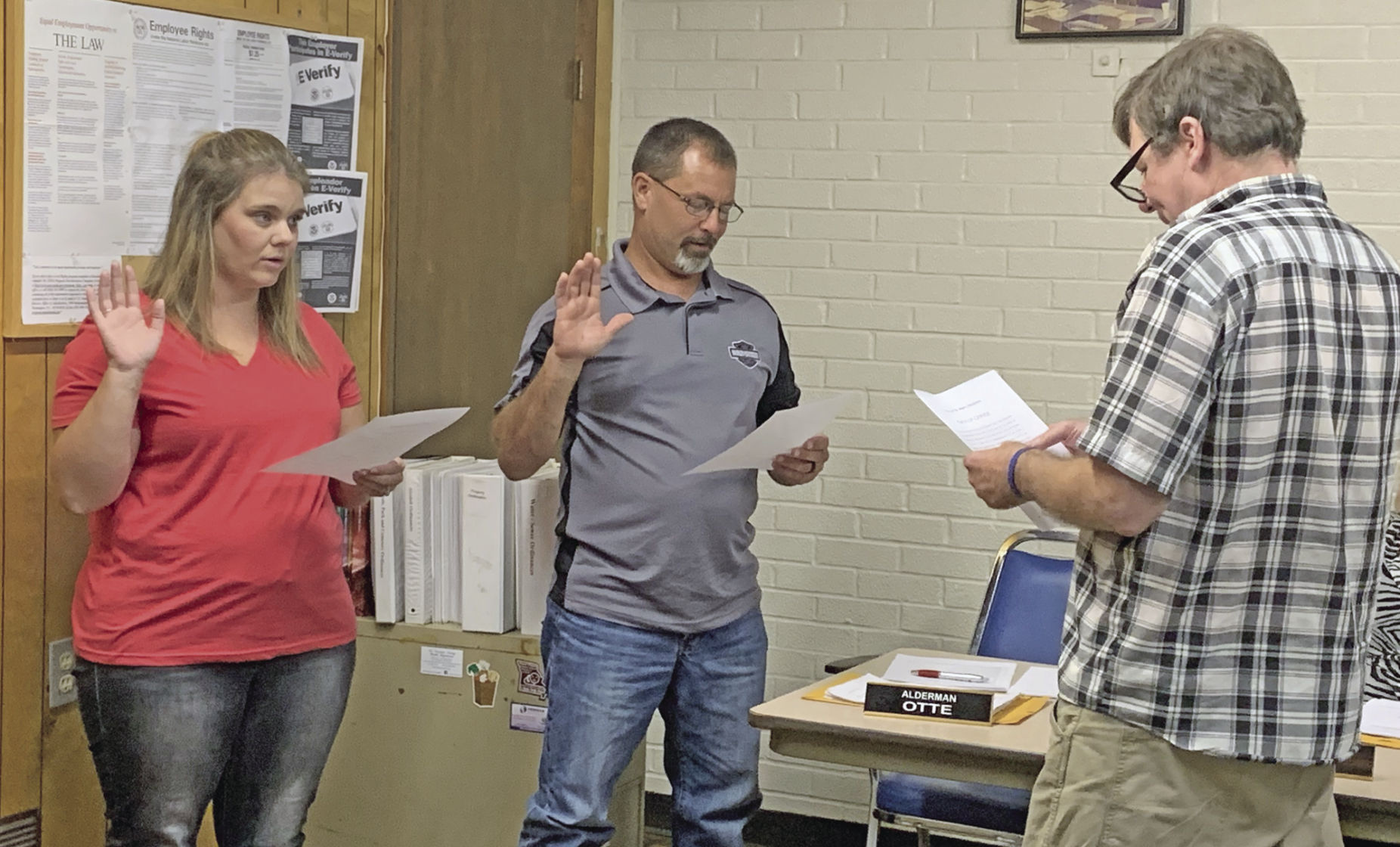 The St. Mary Board of Aldermen last week took official action on accepting the brief resignation letters of Cody Myers, an alderman who had resigned the day before the August meeting; and Annette Hacker, who resigned as building inspector and elected city collector due to a new job with the U.S. Postal Service that she began in September.

Stacia Placke was appointed to the city collector position, after some brief discussion with the board on how she came to be named as the replacement.

Alderwoman Jennifer Weiss asked Placke who had interviewed her for the job.

“I did,” Mayor Gloria Bader interjected. “We had to have one, she come in and talked to me, and she talked to Annette.

“We had to have somebody. We could not do it the way you guys wanted to do it. It’s in the law. We had to fill the position.”

As an elected position, the position has to be occupied by a city resident who meets the qualifications for elected office. …

Placke and Carl Otte, who the board last month approved to replace Myers, were sworn into office by city manager David Woods.

Alderman Jennifer Schwartz was elected the board president and mayor pro-tem.