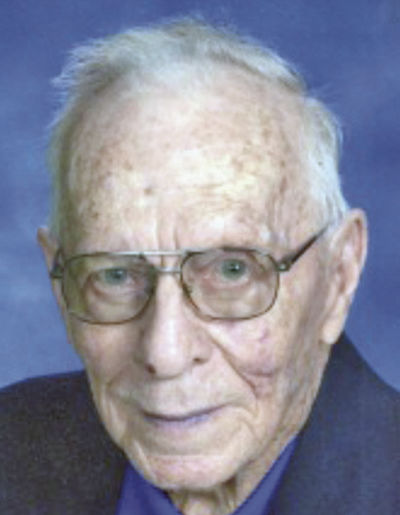 He was born on January 30, 1923, in Ste. Genevieve, a son of the late Jules Bequette and Anna (Vaeth) Bequette.

In addition to his parents and his wife, he was preceded in death by three siblings, Harold Bequette, Johanna Naeger and Ralph Bequette.

He was a World War II veteran who served his country in the U.S. Army.

He was a faithful member of St. Elizabeth Catholic Church in Granite City, Illinois. He retired from Norfolk Southern as a telegraph agent after many years of dedicated service. He was a fourth degree knight with Tri–Cities Knights of Columbus in Granite City. He was a life member of AmVets Post No. 204 in Madison, Illinois, and a member of VFW Post No. 6947 in Bismarck, Missouri.

He will be sadly missed by all who knew and loved him.

Memorials may be made to St. Elizabeth Catholic Church, Masses or to Cardinal Glennon Children’s Hospital.