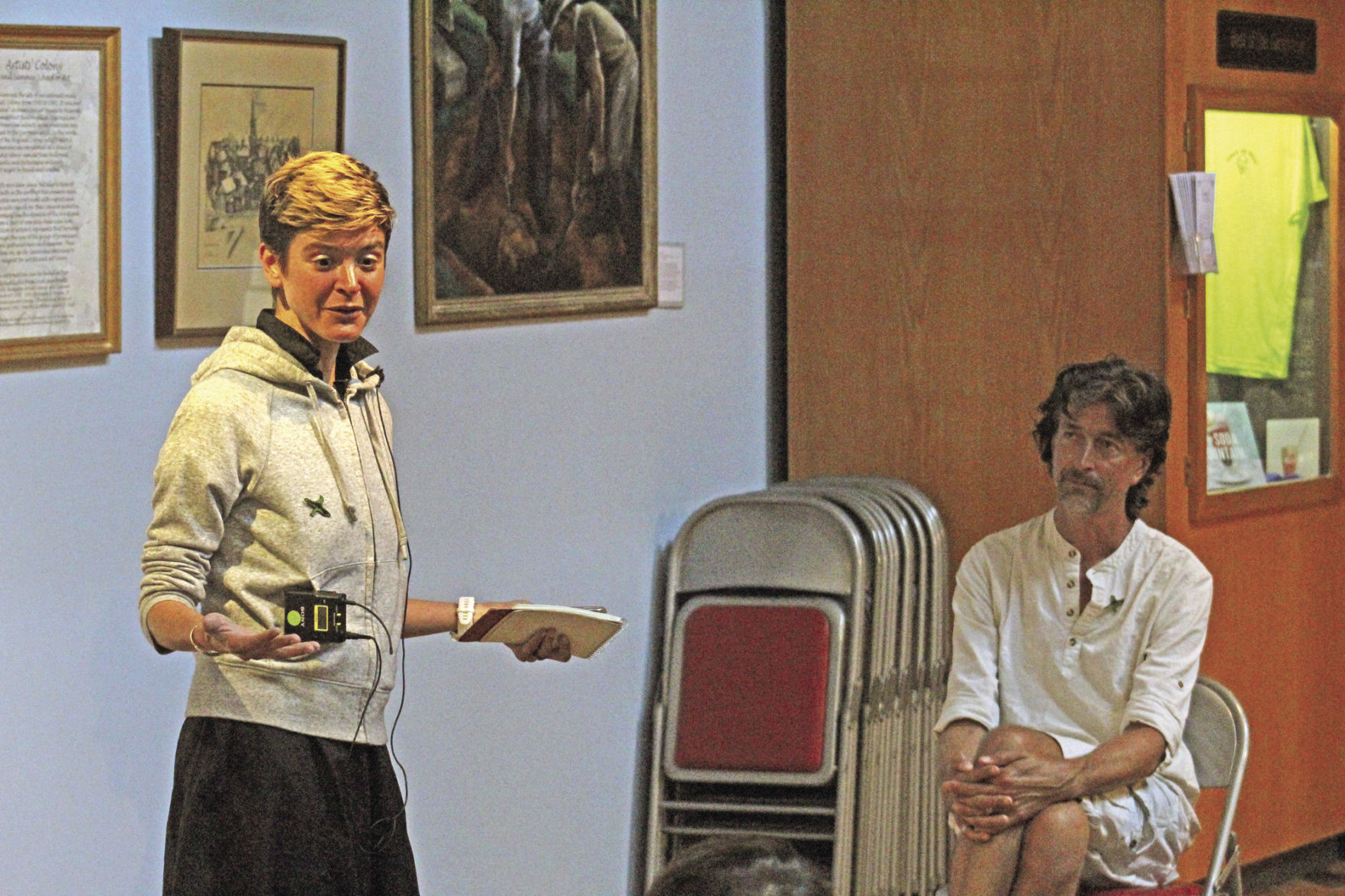 There may be themes about life along the Mississippi River that present themselves as one travels its length, but artist and athlete Victoria Bradford Styrbicki isn’t so much interested in themes as much as individual voices.

Bradford Styrbicki and her husband Tom are making a four-month journey along the river from its headwaters in Minnesota to the delta in Louisiana where it meets the Gulf of Mexico.

The journey itself is a form of art, she says, and it will yield material that will inspire her in other art projects for years to come, including what she calls a non-traditional travelogue book. The book will reflect the stories of the Styrbickis’ travels and the stories they hear from the many people the meet along the way.

“I think there are a lot of themes, and we’ve had a lot of different surprises,” Bradford Styrbicki said, “but our real focus is on individuals and not so much themes.”

Bradford Styrbicki said she tries to focus on one person at a time, listening to the story, how it’s told and where the storyteller wants to take her.

“It’s in all those details we can begin to build a richness that people can connect with and build empathy,” she said.

The Styrbickis’ Relay of Voices: The Great River Run made a two-day stop in Ste. Genevieve last Thursday and Friday.

While collecting stories along the way, the Styrbickis are running or cycling the entire distance. They typically run in and out of the cities they visit, and they sometimes cycle in between those locations. They share the duties and split time driving in the support van.

Last Thursday, the Styrbickis crossed the river on the Ste. Genevieve-Modoc Ferry and ran into town with Daniel Kuenzel, a 2018 Valle High School graduate and member of the cross country team there.

“It was a really warm welcome by the community,” Bradford Styrbicki said.

On Friday, she was scheduled to talk with local historian Bob Mueller and Bill Hart of Missouri Preservation.

She had a storytelling event for last Friday night at the Welcome Center, where she talked about her encounter with one of the first people she met along the journey and then engaged those in attendance in conversation about living along the river.

See complete story in the September 11 edition of the Herald.