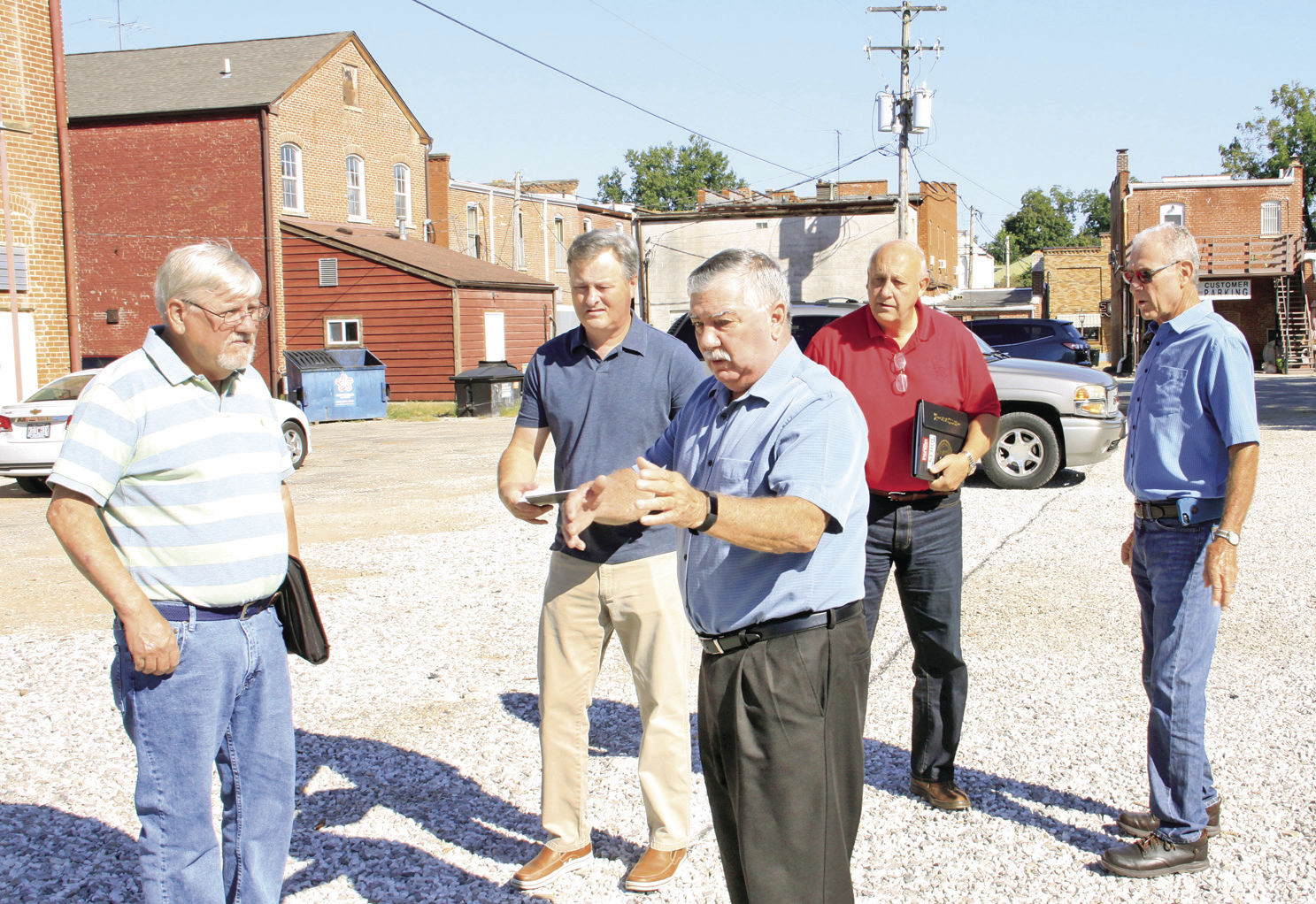 The Ste. Genevieve County Commission led an impromptu tour through the future parking lot planned for the former County Services Building location in the 200 block of Market Street during last Thursday’s meeting.

Among those on the tour were Bob Mueller and Lawrence Myers, who are designing a bicentennial plaza for the Market Street edge of the property, complete with a memorial to John Scott, Missouri’s first congressman. The plaza also will include a grassy area, a bench and various plants.

They also walked through the existing private parking lot between Market, Merchant and Third Streets, which the commission would like to incorporate into the plan. They were later joined by Rich Zielinski and Tom Steiger, two of the adjoining property owners.

Earlier in the meeting, another property owner along the lot, Dave Schmelzle, called and asked about the lines that had been painted across the gravel. Presiding Commissioner Garry Nelson explained that they represent property lines based on the latest information from the Recorder of Deeds Office and the Assessor’s Office.

They encountered other adjacent property owners during their tour of the site.

See complete story in the September 11 edition of the Herald.