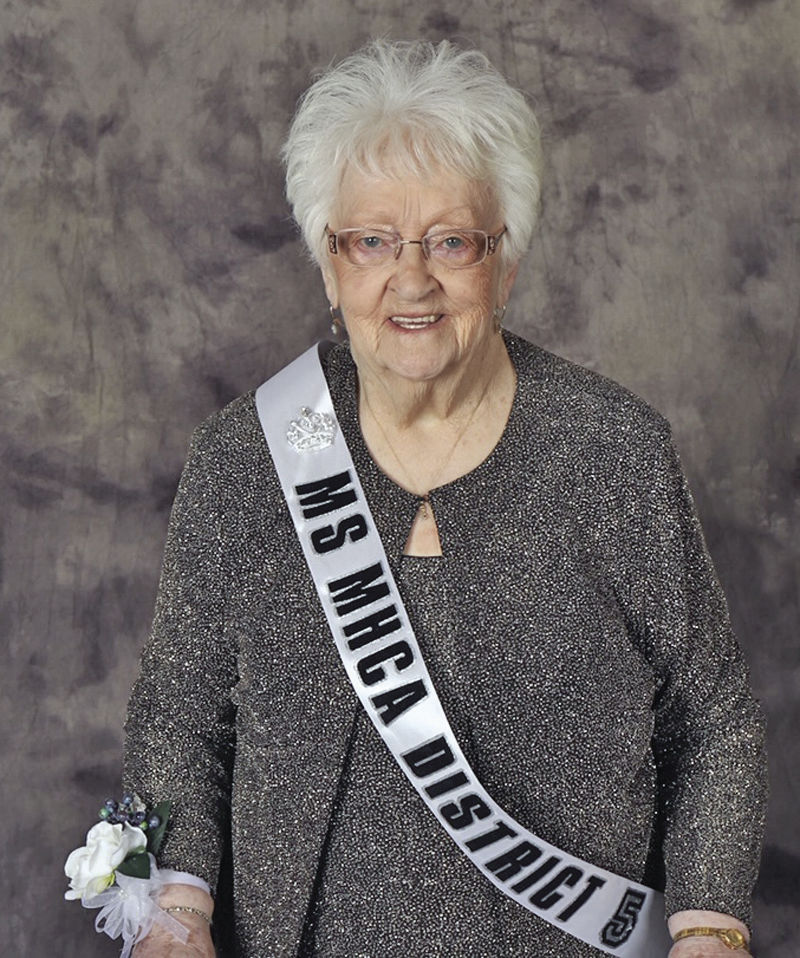 Lea, 83, is a resident of Riverview at the Park Care and Rehabilitation Center in Ste. Genevieve. She was among seven women from skilled nursing homes across Missouri who shared stories about their families, careers, hobbies and community service accomplishments during the statewide pageant at the Branson Convention Center.

The  second runner-up was Elizabeth Harbal, 91, who is a resident of Valley View Health and Rehabilitation in Moberly.

The statewide pageant exemplifies the elegance of women over the age of 60. Contestants have the opportunity to socialize, experience new environments and most of all, to share their lifelong experiences and heartwarming stories during the pageant.

Lea recalled growing up during World War II. Her family’s goods were rationed, so her father grew all of their vegetables.

“I remember all the homes had ‘black-out curtains’ and streets were patrolled for any lights showing because of the bombings,” she wrote in her biography. “We had gas masks in our home due to the Germans threatening to drop gas.”

Lea was 18 when she joined Women’s Land Army, where she was sent to work on a farm. She plowed fields, drove tractors and worked on thrashing machines. It was during those three years that she met her husband Richard, who was an American G.I. They married in England.

Lea came to America in 1946 aboard The Edmond B. Alexander. Nine days passed before the ship finally docked at Grand Central, New York. From there, she traveled by train to St. Louis, accompanied by a nurse and another G.I. from the ship.

“I was met by my husband’s family, whom I had never met before arriving in St. Louis,” she said. “My husband resided in Germany for six more months before we ever got to be together again. I do not recall liking the food or weather when I arrived in the United States.”

The couple was married for 50 years and had six children. Lea retired at 62 from her job as a dispatcher in Ste. Genevieve.

Miss America 1968 Debbie Barnes-Snodgrass served as presenter of contestants during the pageant. Miss Missouri 2019 Simone Esters served as a guest judge, along with State Representative Cody Smith of Carthage.

The emcee was Rob Dvorak, who has been involved with MHCA for many years and works for United Scripts in Springfield, Missouri.

(Information in a release from the Missouri Health Care Association.)