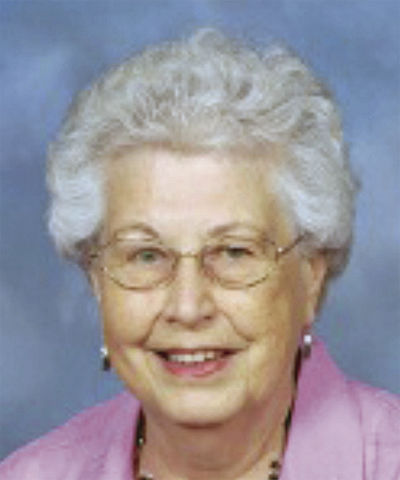 Norma Theresa Grither of Ozora died on Wednesday, August 28, 2019, at the Independence Care Center in Perryville. She was 90 years old.

She was born January 17, 1929, in Ste. Genevieve, a daughter of August Kuehn and Emma (Muessig) Kuehn.

She was married to Xavier Francis Grither on October 22, 1949, and he preceded her in death.

In addition to her parents and husband, she was preceded in death by one daughter, Doris Grither; one sister, Doris Faller; and two brothers, Earl Kuehn and Frank Kuehn.

Memorials may be made to Sacred Heart Church, Masses, or donors charity of choice.