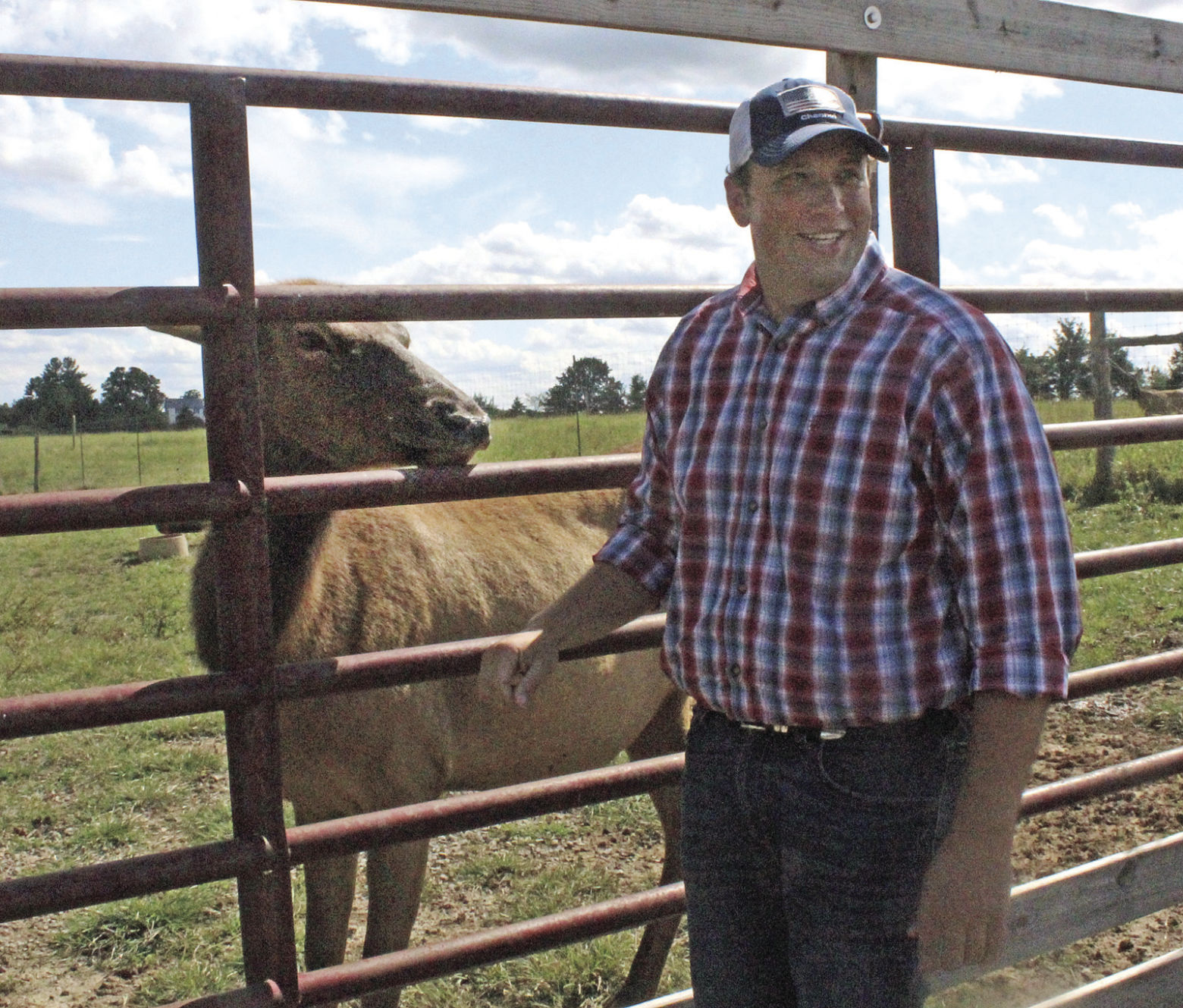 Smith, a Republican from Salem, was visiting the 21st of the 31 counties in his Eighth Congressional District.

He was joined by State Representative Dale Wright, whose District 116 includes most of Ste. Genevieve County as well as part of St. Francois and Perry counties.

Smith visited primarily with Kevin Hinkebein, who has been in the elk business since 1990, and  Marvin Cromwell, a New Mexico elk rancher who has opened Pearson Elk Ranch in Douglas County, Missouri.

Hinkebein, who lives on the farm his parents opened in 1949, worked for 35 years with the United States Department of Agriculture before retiring.

Hinkebein, who uses no antibiotics on his herd, told Smith he began with two elk in 1990. …

Hinkebein and Cromwell both said there is more of a demand for elk meat than ranchers can keep up with. Hinkebein said that elk are much more efficient grazers, eating less, which allows bigger herds to be supported on smaller pastures than other types of livestock.

Both ranchers said state and federal regulations are an issue.

The best news elk producers received, they agreed, was the passage of Missouri Senate Bill 109 in 1995, which classified elk as livestock and thus moving them from the control of the state Department of Conservation to the Missouri Department of Agriculture.

Still, regulations can be troublesome, they said, such as the state’s management of Chronic Wasting Disease (CWD).

See complete story and Smith’s comments on tariffs and farmers in the September 4 edition of the Herald.