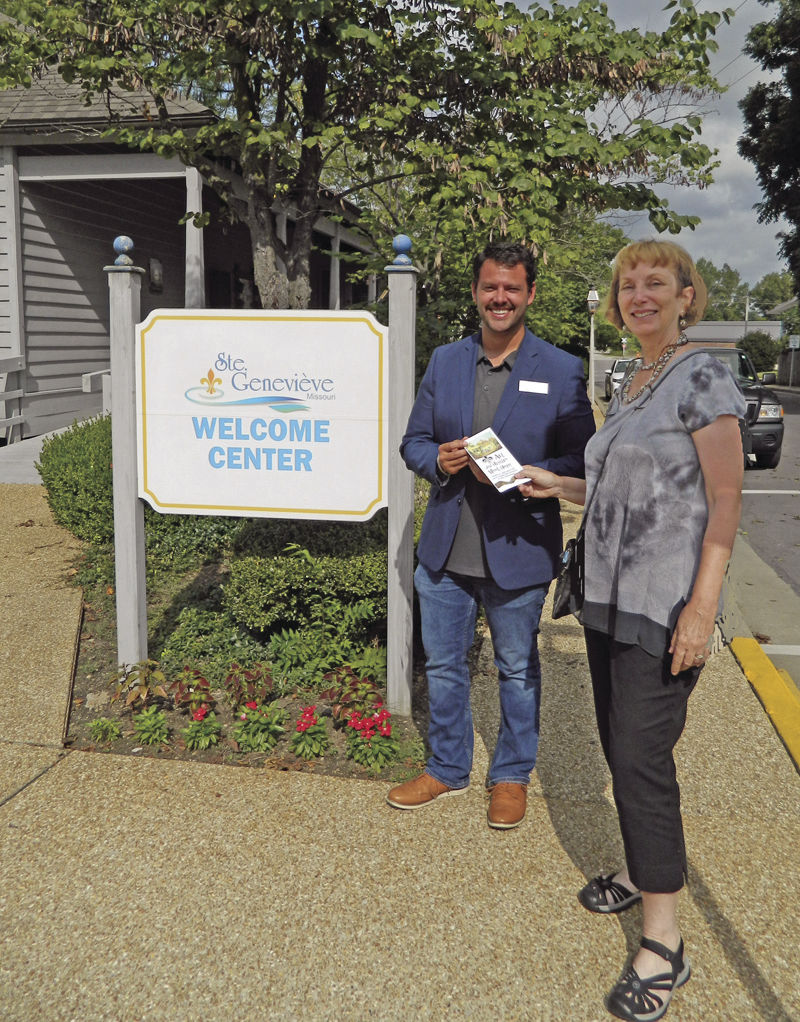 There’s something new for history buffs and art lovers to do on a visit to Ste. Genevieve — a way to trace the conjunction of the town’s rich history and its long-standing role as a Midwestern art community.

The cover of the just launched Art History Trail map created by the Ste. Genevieve Art Guild declares, “Art and history meet here.” The map proves just that, guiding the way to a collection of local “arty-facts” in the downtown historic district.

The map project was funded by a grant from the US Bank Foundation. The grant paid for the printing of the map and also the creation of displays that explore the town’s connection between art and historic periods and people.

Examples include a display in the Hotel Audubon lobby illustrating the connection of naturalist/artist John James Audubon to Ste. Genevieve, and a panel in the local post office that tells the story of the Works Progress Administration mural there.

Two other exhibits created with the grant are located in the gallery built by local artist Matthew E. Ziegler, now part of the Felix Valle House State Historic Site. One tells the story of Ziegler’s significant contribution to the town’s art legacy; the other addresses Native American art in this area between 100 AD and 1300 AD.

Other locations identified on the map include displays at Ste. Genevieve Catholic Church, which is an impressive repository of art objects of historic interest; and the soon-to-open Sainte Genevieve Art Center and Art Museum on the Courthouse Square.

While a few of the locations on the map require an admission fee, most do not.

“The Ste. Genevieve art community lays claim to a more varied and vibrant past than any other community of its size in the entire Midwest,” Ste. Geneiveve Art Guild president Carolyn Bach said. “We sincerely thank the US Bank Foundation for allowing us to tell that story with the new displays and the map.”