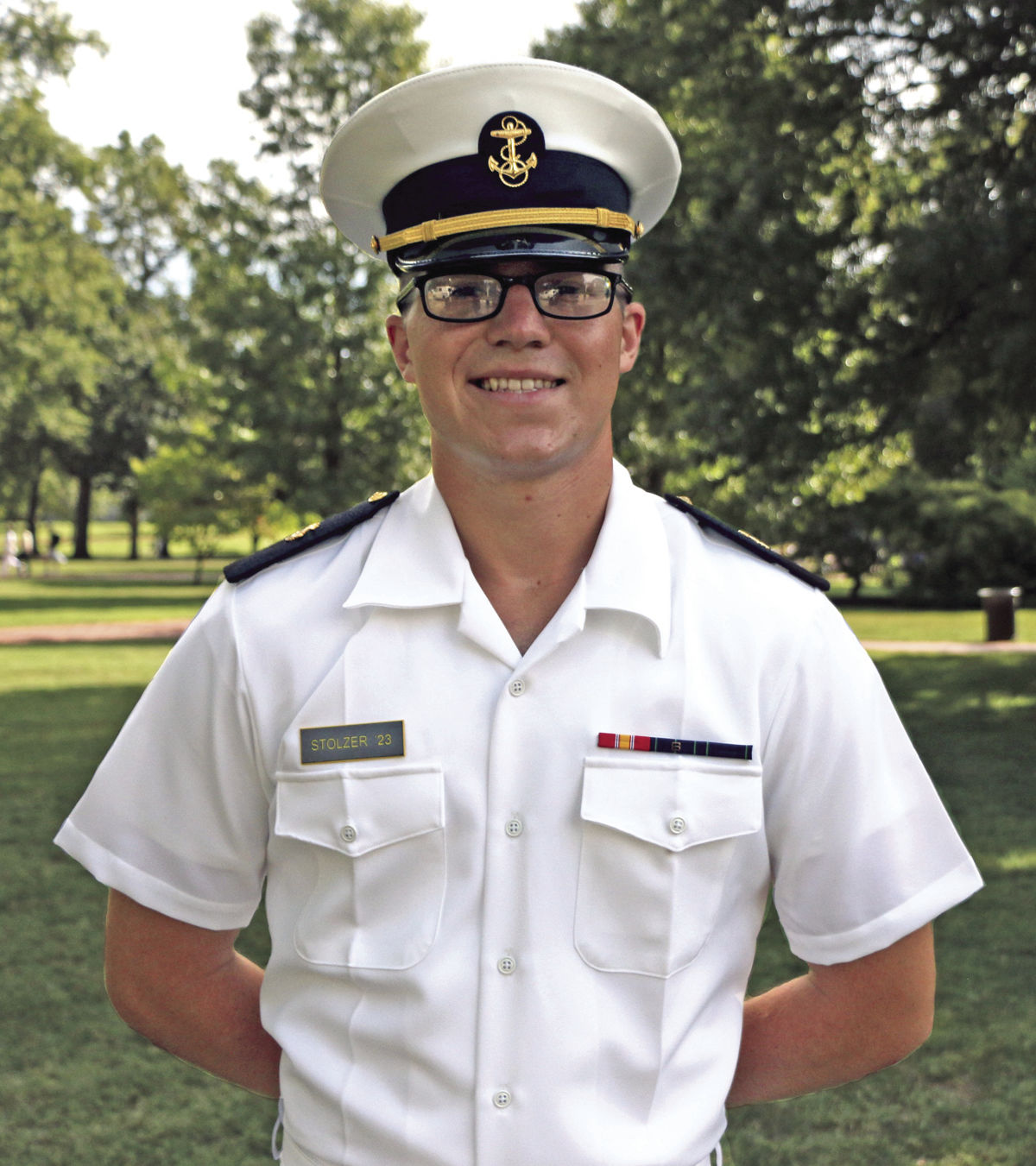 Samuel Stolzer, a 2018 graduate of Ste. Genevieve High School, was inducted into the U.S. Naval Academy Class of 2023 on June 27 and began six weeks of basic midshipman training as part of Plebe Summer.

Approximately 1,200 candidates are selected each year for the Naval Academy’s “plebe” [or freshman] class, and each student is required to participate in Plebe Summer. Last year, the academy received more than 16,000 applications.

During the six-week program, plebes have no access to television, movies, the internet or music, and restricted access to cell phones. They are only permitted to make three calls during the six weeks of Plebe Summer.

The pressure and rigor of Plebe Summer is carefully designed to help plebes prepare for their first academic year at the Naval Academy and the four years that await them.

Forty hours are devoted to the instruction of infantry drill and five formal parades.

Founded in 1845, the U.S. Naval Academy today is a prestigious four-year service academy that prepares midshipmen morally, mentally and physically to be professional officers in the naval service.

More than 4,400 men and women representing every state in the U.S. and several foreign countries make up the student body, known as the Brigade of Midshipmen.

The week of August 12 marked Stolzer’s successful completion of Plebe Summer. He began his academic year on August 19.