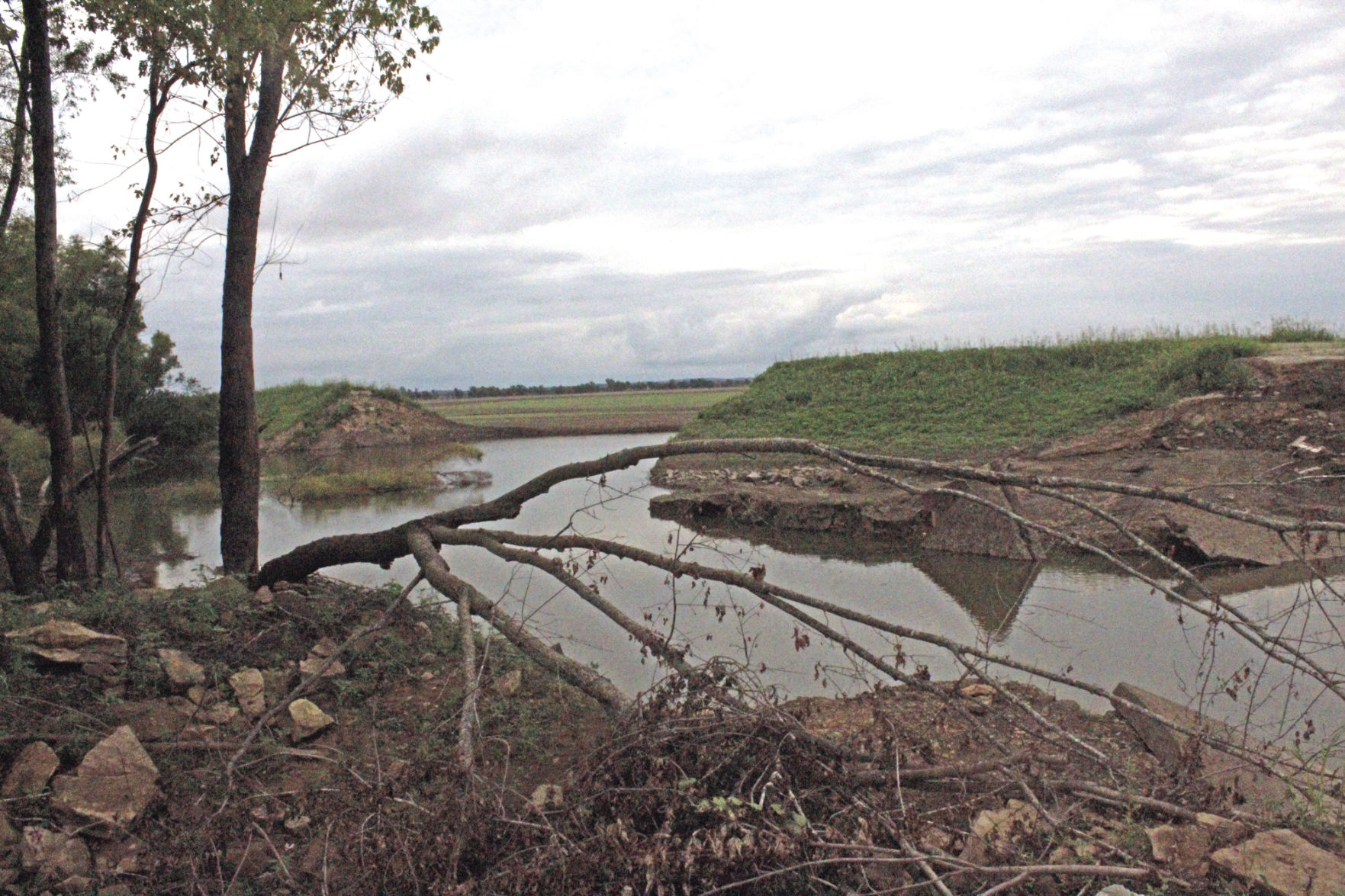 While it was an eventful spring for Ste. Genevieve County’s Levee District 2, the annual meeting on August 21 at Loida Ag Services was brief and lightly attended.

To summarize the year, Levee District 2 board president Chris Kertz said not much was done on the district’s to-do list from last year due to flooding through much of the first half of 2019.

And that flooding created some more projects for the year ahead.

The Mississippi River reached a crest of 46.52 on June 10 on the gauge at Chester, Illinois. It was above 40 feet for several months and begin its steady climb from 28.6 feet on January 3.

“We had one major breach and a partial breach to fix now, along with some fairly extensive wave wash on the Mitchell Levee,” Kertz said. “We’ve got quite a bit of damage [ranging] to minor repair.

“The breach on the levee [near the River aux Vases] is about 250 feet wide with, I think, we figured about a 30-foot deep scour. The scour hole is not too extensive; it’s fairly small.”

Kertz said he sent a damage report to the U.S. Army Corps of Engineers, which was planning to send an inspection crew in to assess the damages and engineer the repair.

“They talked like there is a possibility that if there was enough money left from this last breach fix that we could include that in that first job,” he said. “We may not have to rebid the whole thing or go through the whole process. We just have to see what the costs are going to come up to.”

Kertz said adding a pump in the low grounds “was still in our sights” as soon as levees were repaired and things were back to normal.

See complete story in the August 28 edition of the Herald.