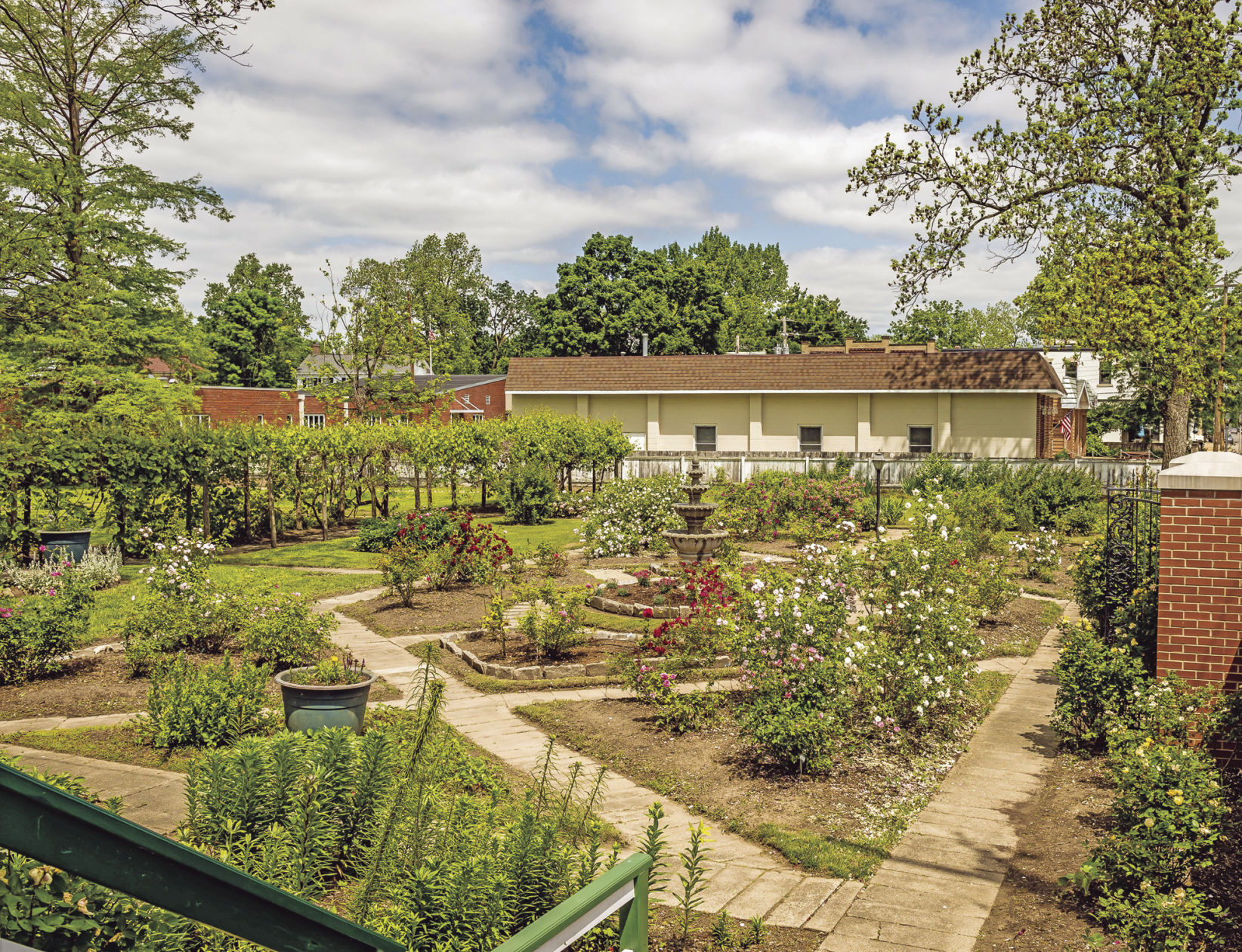 French Colonial America (FCA), which operates the Centre for French Colonial Life and owns five historic properties in downtown Ste. Genevieve, announced last week that it reopened the gardens and grounds of the circa 1794 Jean-Baptiste Valle House to the public as a free educational program.

Beginning on August 20, the rose garden and grounds of the Jean-Baptiste Valle House, also known as the Commandant’s House, will be open for free viewing by the public. Hours are 10 a.m. to 5 p.m. Monday through Saturday and noon to 5 p.m. on Sunday.

Though the house itself will not yet be made available for tours, interpretive signs detailing the history of the house and grounds have been placed throughout the grounds to educate visitors on the house and its inhabitants’ roles in the town’s unique history under French, Spanish and American control.

“It is important for us to take good care of this garden, not just because it is purported to be the oldest formal rose garden west of the Mississippi, but also because — just like the indoor spaces of their homes — these outdoor spaces tell us a great deal about the people and their values,” said Christy James, the president of the National Society of the Colonial Dames of America in Missouri, which owns the properties. “In this case it signifies that not only was this family successful, it reflects that they had a culture that valued beauty for its own sake.”

FCA, a 501(c)3 non-profit dedicated to educating the public on the colonial period of the Mississippi River Valley, has been operating the historic house museum campus owned by the National Society of the Colonial Dames of America in the State of Missouri since January 2017.

Under FCA’s management, the campus has renovated and opened (spring 2018) the Centre for French Colonial Life with two exhibits developed by FCA; transformed the Linden-Beauvais House into the “Hands-On History House” (spring 2019); and committed itself to offering quality educational content and expanding its programming on the Ste. Genevieve campus.

Additional events to come from FCA in 2019 will include:

(Information in a release from French Colonial America.)