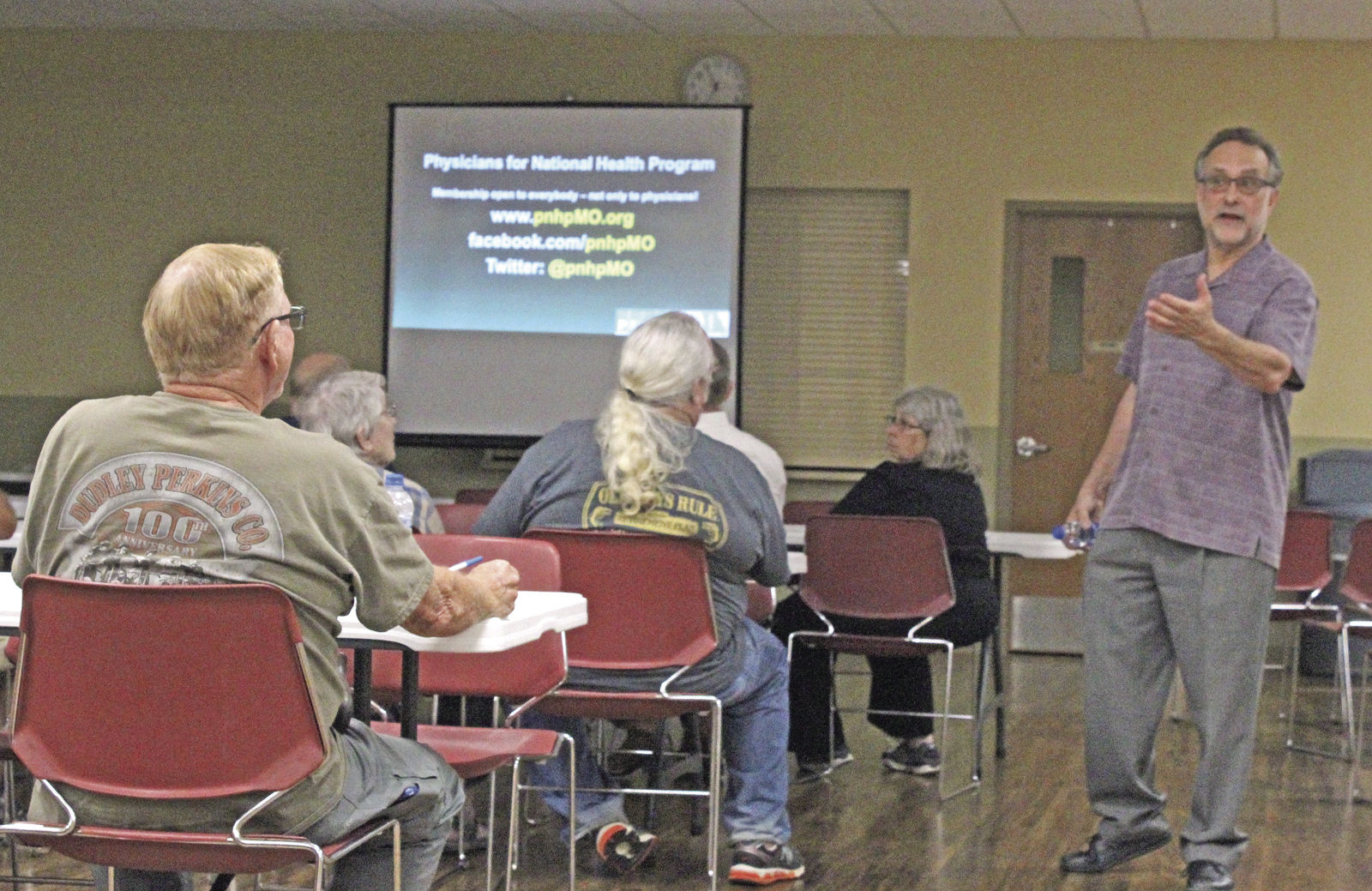 His appearance was sponsored by the Ste. Genevieve County Democratic Club explaining

Weisbart said such a program would give consumers more control over healthcare decisions, would decrease the amount of money spent on overhead such as insurance companies’ administrative and marketing costs [the U.S. spent $3.24 trillion on healthcare last year while he said a Medicare For All program would cost $2.93 trillion], and would improve the quality of healthcare [since the U.S. mortality rate ranks low against other nations before the age of 65 but much higher after the age of 65]. He said 60 percent of American physicians are in favor of the program and that the average doctor in the U.S has $200,000 in receivables that are more than a year past due.