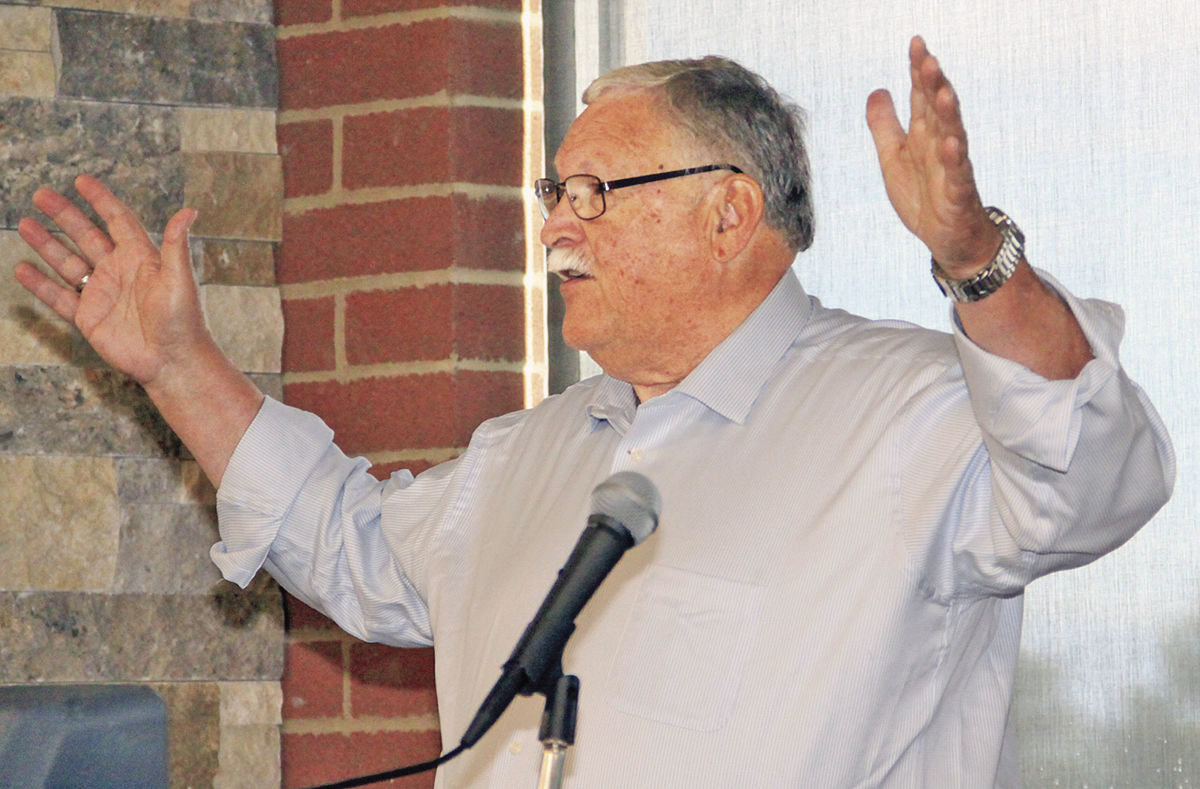 Ivan Schraeder of Schraeder Law Firm, the attorney who advises the Ste. Genevieve County Commission, presented “Medical Marijuana: Impact on Counties & Other Entities” to interested parties at the Progress Sports Complex on August 13.

The two-hour talk covered an overview of Missouri’s new medical marijuana laws, which allow possession and use by people with certain conditions.

Schraeder said there are still more questions than answers on exactly how individuals, employers and government entities will be impacted.

“No one knows for sure what the constitutional amendment did for anybody,” he said.

“This was sold on the ballot as a panacea for everybody needing and dealing with certain kind of illnesses where pain is not managed well,” Schraeder said. “Medical marijuana was going to solve that problem. What we discovered, after the amendment was passed was that all this other stuff that came along with it were problematic.”

One of the complications is that marijuana is still considered an illegal controlled substance by the federal government.

“The constitution did not change any of the local statutes and it certainly cannot change any of the federal law enforcement statutes,” Schraeder said. “So, what was illegal before is illegal now. And that’s going to be a real dilemma for jurisdictions to try to enforce and to pass regulation, where what they might be doing would be enhancing criminal activity.”

One thing Schraeder emphasized was that employers — both private and government entities — still have a right to enforce their own anti-drug policies for employees.

“Nothing changed, except you picked up a new immunity,” Schraeder said to the crowd, which was mainly municipal and county officials and area business people. “Under this section of the statute, we’re reading it as an immunity of liability because you cannot bring a cause of action for an employee being under the influence of marijuana at work or for disciplining an employee.”

He said “off-duty conduct that reflects back on the employer” should be covered, as well.

“So if the employee engages in conduct that violates the employer’s rules and there is a connection to work, you have an opportunity to take advantage of that connection, even though it’s off-duty hours,” Schraeder said.