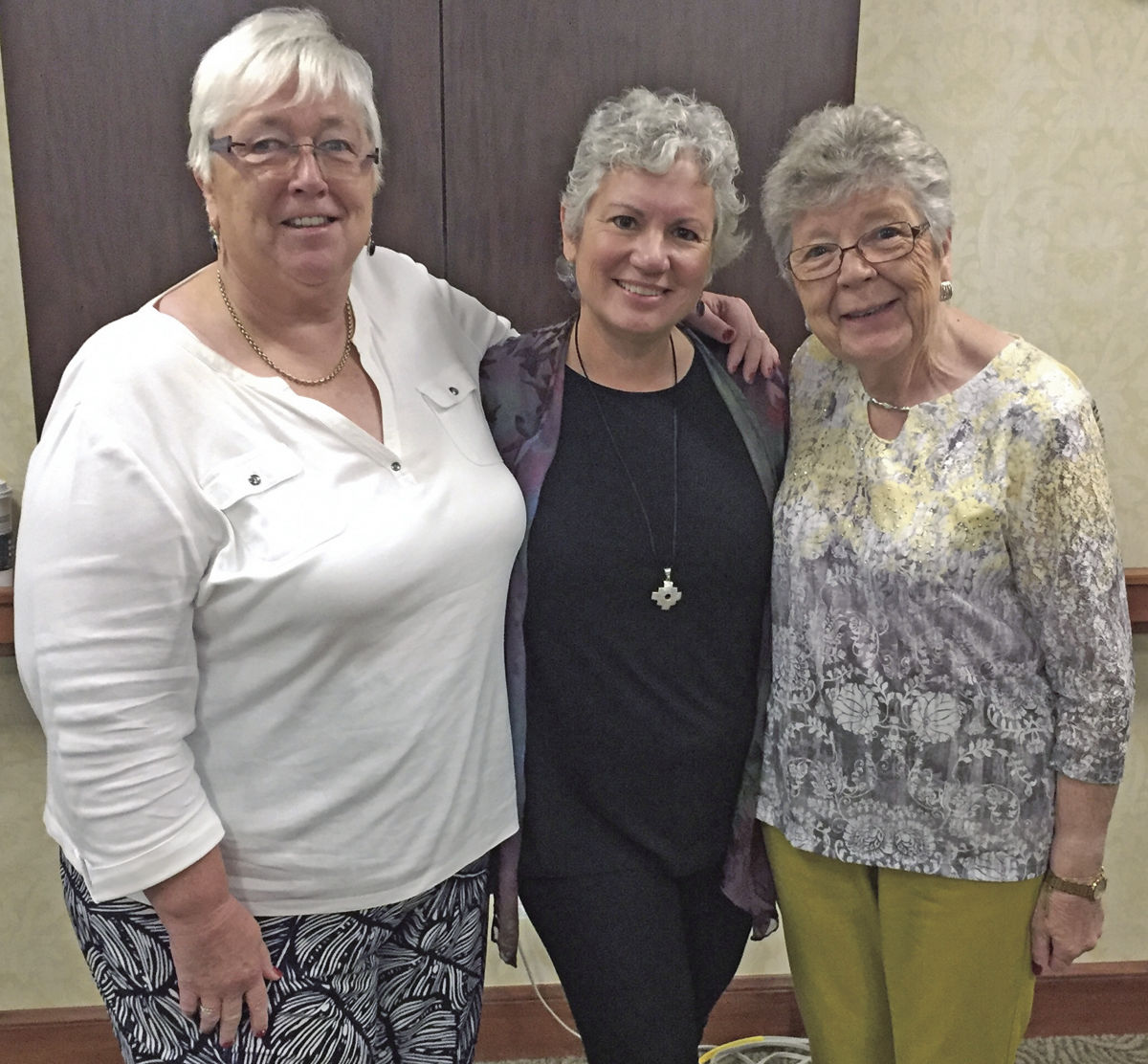 Mary Agnew’s study and practice of mediumship has taken her around the country and beyond.

This week, she will give a demonstration of mediumship at Ste. Genevieve County Community Center — a “coming-out party,” she called it.

The event is scheduled for 7 to 8:30 p.m. on Thursday, August 22, in the main building. Tickets are $30 and available through Agnew’s website, thesacredthreshold.com. (Or $35 at the door.)

Agnew, who with her husband Al split time in Weingarten and the state of Montana, will be joined by fellow medium Marlene Stovall from Florida.

And for anyone who might be wondering, yes, mediumship is connnecting with loved ones who have passed on.

“It’s a wild, fun evening because you just never know who’s going to come through,” Agnew said. “Some of them are very lively, some of them are pretty heart-wrenching because we’re talking about people that we love very dearly and they’re no longer with us. It can be pretty emotional, but also it can be really healing and comforting to know they still exist.”

In her practice, Agnew offers a variety of services from Shamanic energy healing and intuitive readings to chakra clearing and balance.

She has trained internationally in these areas, following a calling of sorts that began in her youth and continued through her professional career as a nurse. …

Agnew has done the demonstrations before, including in England and in Canada.

She called it a platform, where the medium stands in front of the crowd and brings through the “intelligence” of people who have crossed over.

“That’s the whole thing with mediumship is that your intelligence does not die,” Agnew said. “So that’s what we’re bringing through is proof of this continued survival.