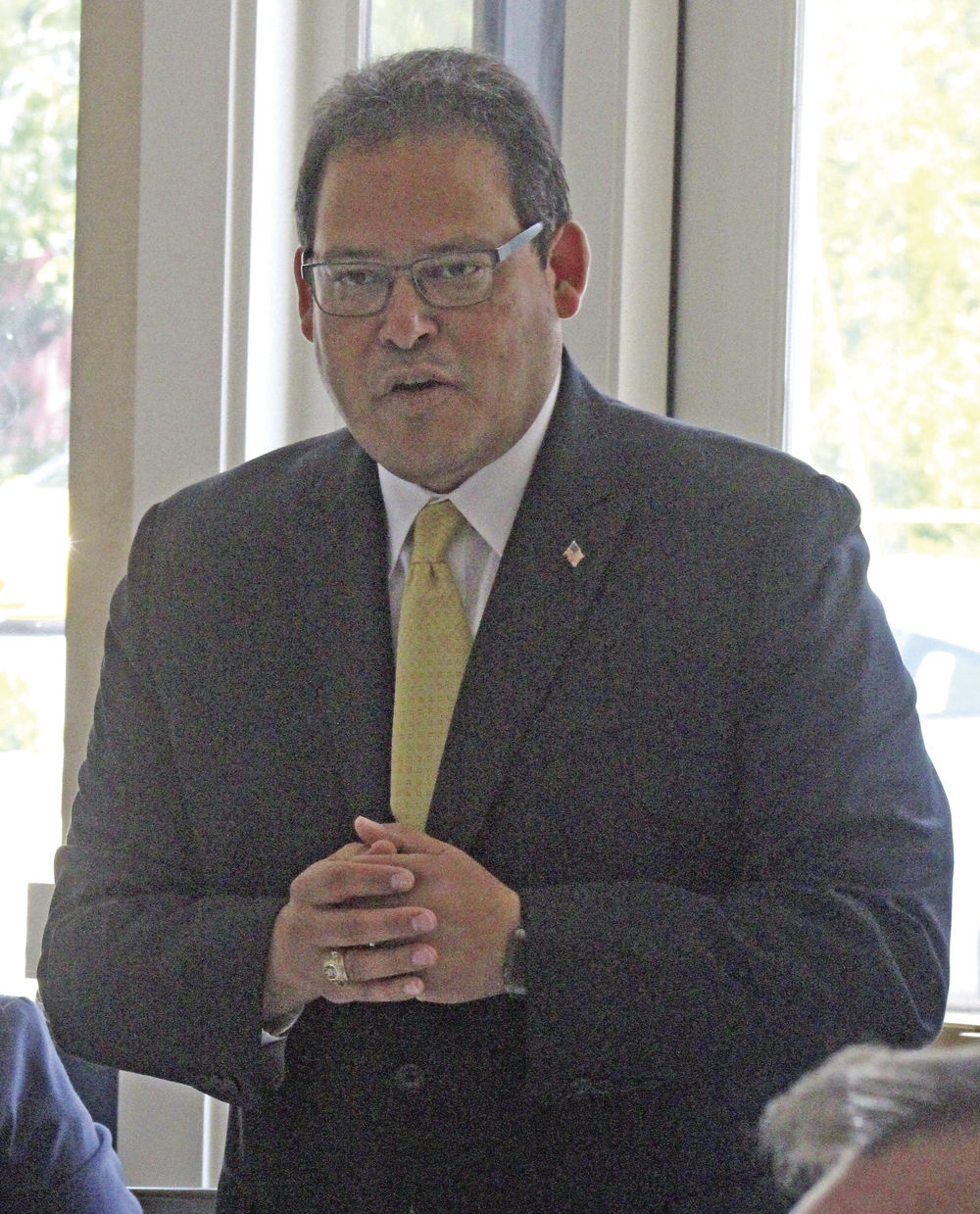 National Park Service (NPS) officials weren’t ready to pin down a date for the official opening of the Sainte Genevieve National Historical Park, but they announced some developments last week during a visit to Ste. Genevieve.

David Vela, currently the acting deputy director of operations for NPS, made his first visit to Ste. Genevieve on Friday.

Vela announced that personnel from the Gateway Arch National Park, including superintendent Michael Ward, would be taking on a greater role in the development of the Sainte Genevieve National Historical Park.

Timothy Good, who had been serving as the interim superintendent for the Ste. Genevieve project while simultaneously serving as superintendent at the Lincoln Home National Historic Site in Springfield, Illinois, would reduce his role here.

Patricia Trap, the acting director for the Midwest Region, laid out a timeline for the process of hiring a permanent full-time superintendent for Ste. Genevieve. She said a candidate could be hired in about three weeks and that person could be in place in two to three months.

During remarks to representatives from the various historic preservation partners who attended a Friday lunch meeting, Vela said “hopefully soon, very soon” the Ste. Genevieve park could be in operation.

Trap addressed the anxiously waiting stakeholders on that.

“Since I’ve been visiting Ste. Genevieve,” she said, “what I’ve been hearing from all of you is, ‘When are we going to get the arrowhead? When are we going to become a national historic park?’ Well, we need sufficient property, and I think we’re getting close to that. And that means we really need someone in here full-time.”

Sufficient property will be the addition of some or all of the five historic properties offered to NPS by donation from the National Society of the Colonial Dames of America in the State of Missouri. Those properties, all located in a concentrated area downtown, include the 18th century Louis Bolduc House and the 18th century Jean-Baptiste Valle House, among others.

“I will be sending letters soon back to the Dames … which is good news,” Trap said in an interview after the meeting.

Acceptance of the donation would add to the NPS’ current holding, the historic Beauvais-Amoureux House on St. Mary’s Road.

The Colonial Dames also have offered to sell the Centre for French Colonial Life to the NPS in order for the agency to establish a visitors center.

Vela said Ward and his staff would “bring some additional capacity to the table,” including philanthropic connections.

Vela was nominated by President Donald Trump in 2018 to be the director of NPS. His nomination made it out of the committee but was not approved by the U.S. Senate in full before the end of that Congressional session. This year, he was named one of three deputy directors, as NPS still is without a confirmed director.

Vela has worked at four national parks during his NPS career, most recently Grand Teton in Wyoming.

Vela said talking with U.S. Senator Roy Blunt during the nomination process and hearing Blunt’s passion for and commitment to the Sainte Genevieve National Historical Park led him to visit as soon as possible. He came in from a regional meeting in Omaha, Nebraska.

“When you put eyes on this amazing community, most importantly when you talk to the members of this community, who make up the fabric of this place — Wow! — what a story you have to tell the nation,” Vela said during the lunch meeting.

See complete story in the August 14 edition of the Herald.