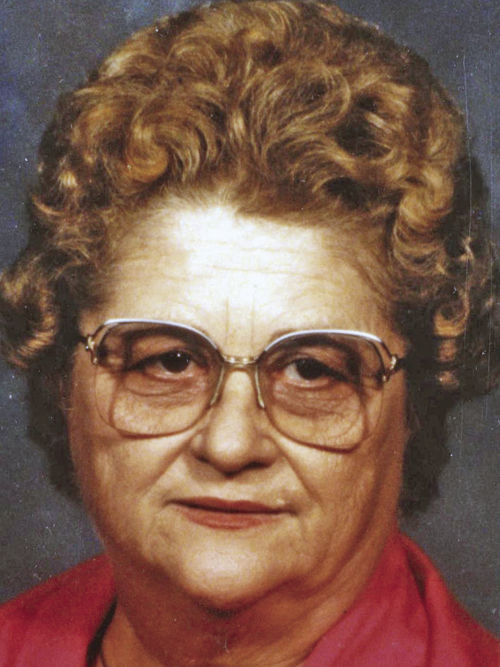 She was born September 3, 1924 in Belgique, Missouri, a daughter of Simon Moll and Hazel Ann (Miller) Moll.

She was married to William “Willie” J. Bruckerhoff Sr. on November 21, 1941, and he preceded her in death.

She was a member of Immaculate Conception Church in St. Mary, Ladies Sodality at the church and a lifetime member of the Country Music Associates. She had attended Thompson School in St. Mary. She loved to spend time gardening; cooking and canning; and being with her children, grandchildren and friends.

Memorials may be made to St. Jude Children’s Research Hospital or Shriner’s Children’s Hospital.