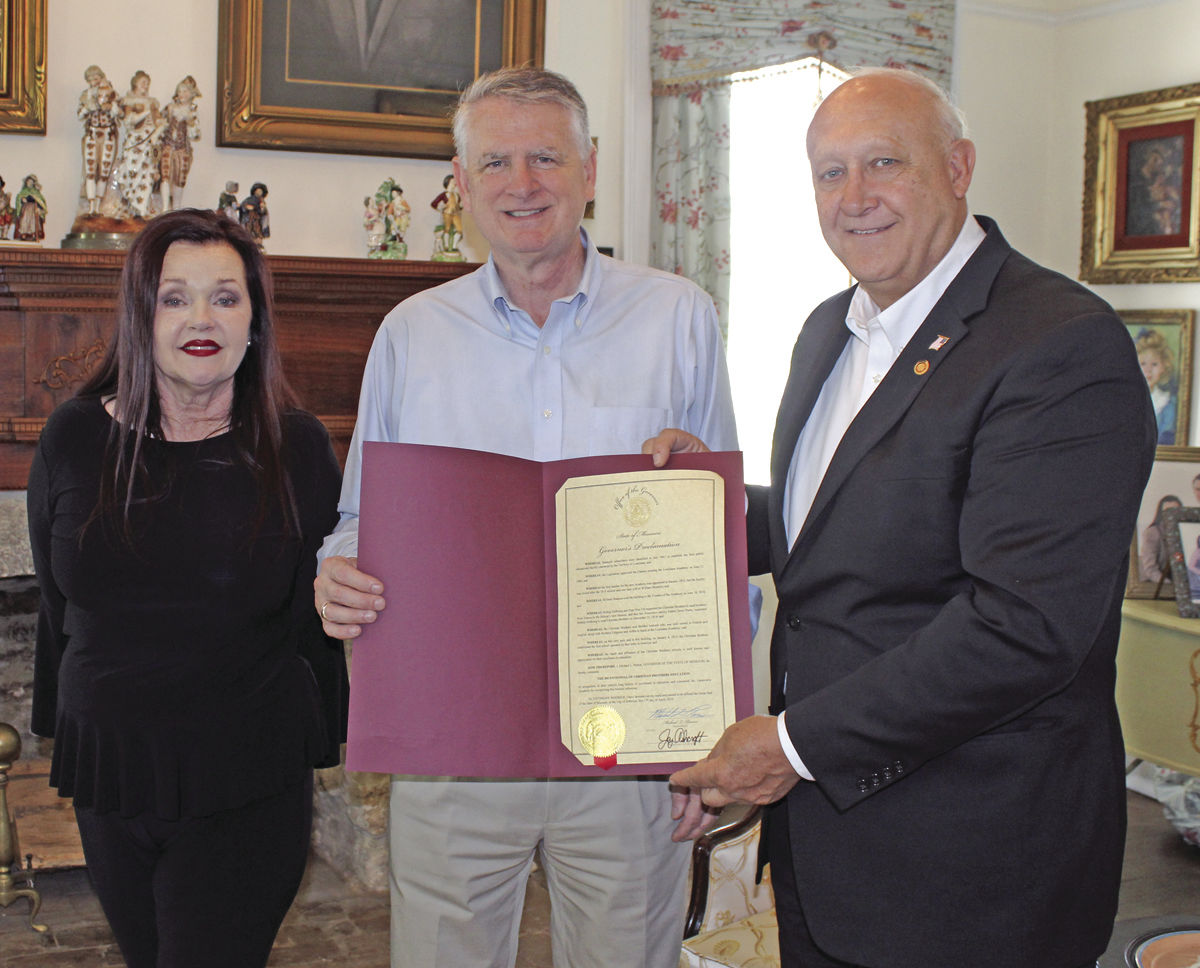 State Representative Dale Wright, right, this spring presented Frank and Annette Rolfe with a proclamation from Missouri Governor Michael Parson on the 200th anniversary of the establishment of the Christian Brothers school at the Louisiana Academy. The Rolfes now own the Academy, which serves as their residence. The charter for the Louisiana Academy, the first public education facility chartered in the Territory of Lousiana, was approved in 1800 and the first teacher hired in 1810. But the facility closed in 1814. It became the first school operated by the Christian Brothers in January of 1819. (Herald staff photo caption information from the proclamation)