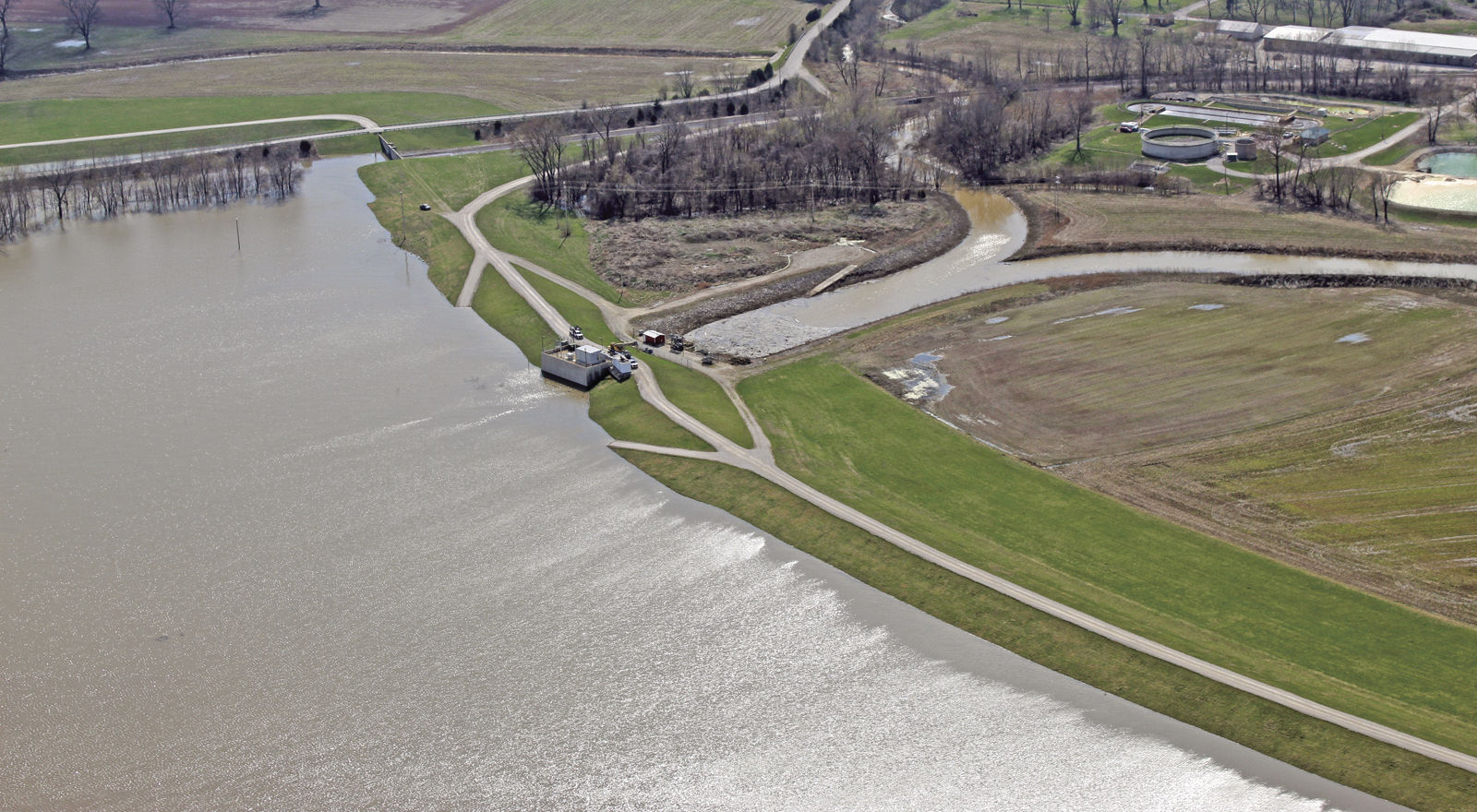 City of Ste. Genevieve Mayor Paul Hassler, county emergency management director Felix Meyer and others involved in or impacted by the 2019 flood event gathered at Ste. Genevieve City Hall on July 29 to discuss lessons learned from the long period of major flooding along the Mississippi River.

The group agreed to meet again in a month or two to draft an emergency plan for the city in the event of a major levee failure.

Consensus was also reached that communication with the town’s citizens needs to be improved during future flood events.

One of the reasons Hassler called the meeting was inaccurate information appearing on Facebook during the height of the long flood event, which saw a crest on June 11 of 46.52 feet — the second-highest in recorded history on the gauge at Chester, Illinois.

Similar inaccurate information was making its way around during the December 2015/January 2016 flood.

“In the last couple of flood events, especially the 2016 flood event, the water was coming up fast and there were some questions of the levee being topped,” Hassler said. “We riled up all the citizens. A lot of the citizens that were in the floodplain would have had some problems. We worried a lot of people. We don’t necessarily want to do that.”

Hassler said this year he spoke to city administrator Martin Toma and Bennett about evacuation procedures. Bova drafted a letter to be sent out in such a scenario.

Hassler has said he wants to avoid the extremes of panic and complacency when it comes to discussing the extreme scenario of a major levee failure.

“We posted who would be affected in the floodplain and how much,” Hassler said. “What we don’t want to do is unnecessarily startle people. But what everybody needs to know is this levee is 20 years in the making now. It’s a great levee.”