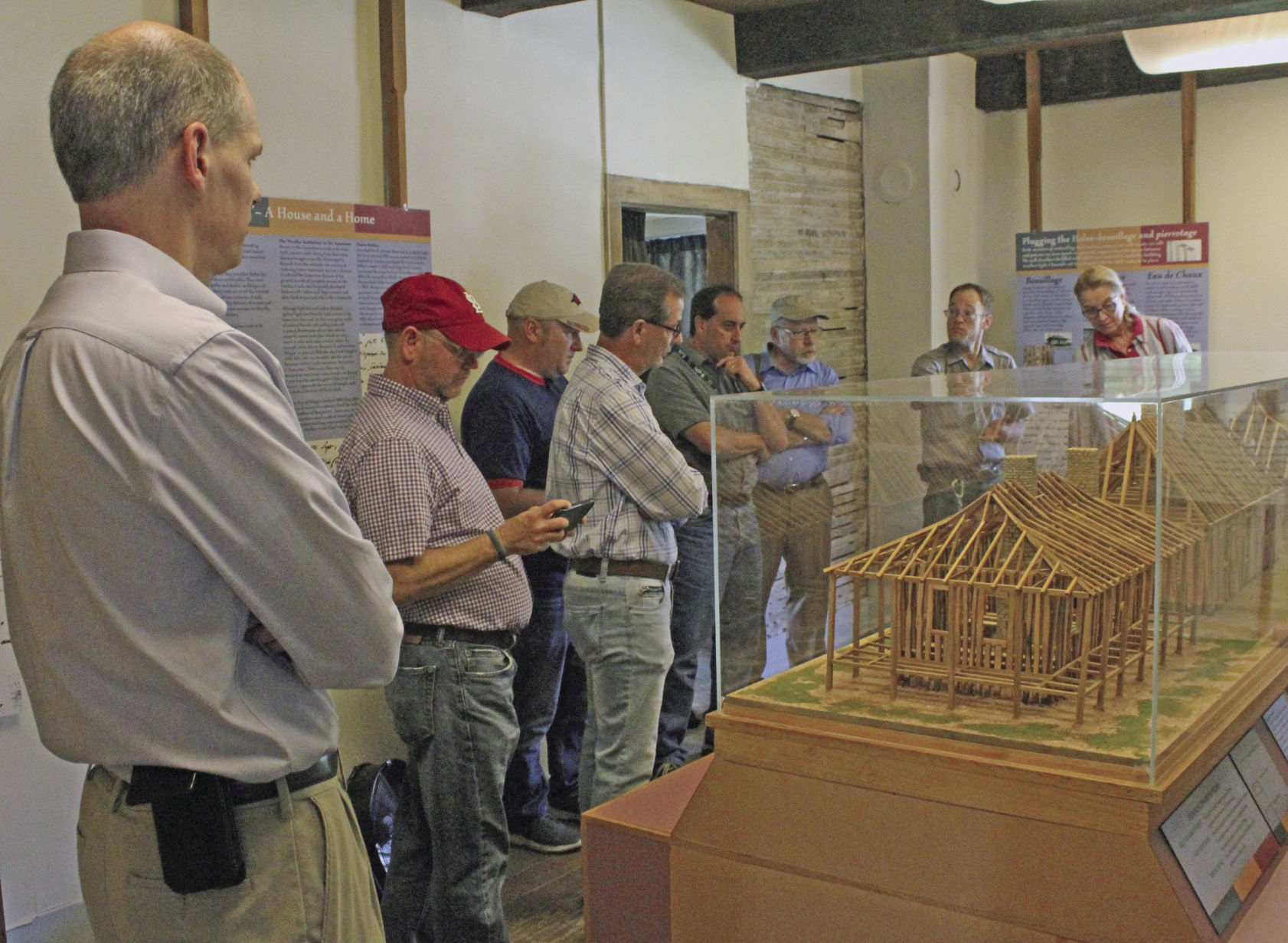 Brycen Turnbull conducted a recent tour of the Beauvais-Amoureux House for a select group of visitors to Ste. Genevieve.

Superintendents from other National Park Service (NPS) properties in the Midwest explored one of the federal agency’s newest acquisitions during a visit to Ste. Genevieve late last month.

Turnbull is among the rotating members of the staff from the Lincoln Home National Historic Site in Springfield, Illinois, who have been spending three days a week at the Beauvais-Amoureux House as part of that building’s transition from being operated by Missouri State Parks to the NPS.

The federal agency’s presence is expected to be more prevalent in Ste. Genevieve when it completes the acquisition of five additional historic homes that have been offered for donation by the National Society of the Colonial Dames of America in the State of Missouri (NSCDA-MO).

That organization also has offered to sell its Centre for French Colonial Life museum to the NPS in order to establish a visitors orientation center.

Tim Good, superintendent of the Lincoln Home and interim superintendent during the establishment of the Ste. Genevieve park, said late last month he still wasn’t certain on the timing for official opening of the park.

Some of those NPS sites have ties to this region, as Clark was involved in colonial-era skirmishes in Kaskaskia, Illinois; Lewis and Clark came through the area during their exploration of the Louisiana Territory; and the Gateway Arch’s new museum has a section on the colonial-era that relates to Ste. Genevieve.

“Throughout the National Park Service, we’ve been encouraged — and I think it’s been very helpful — to have superintendents gather together in zones to meet, discuss issues and look for sharing opportunities,” Good said.

The group came to Ste. Genevieve on its second day of meetings in Missouri “to bring their expertise, their knowledge, their insight in terms of preserving and interpreting this remarkable story,” Good said.

“Having these types of meetings gives us a chance to share ideas, especially new ideas and what’s working, and be able to apply them to our parks,” Good said.