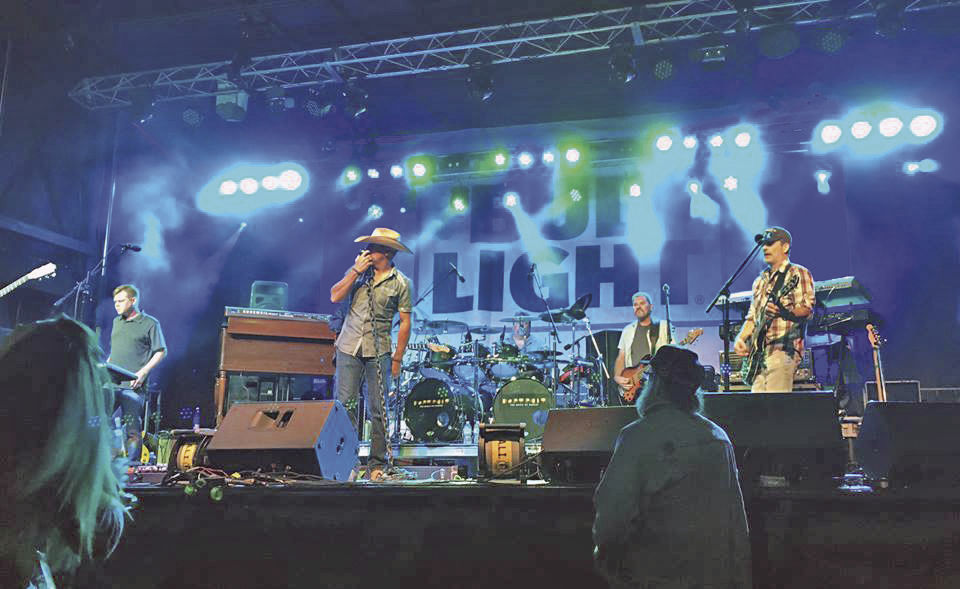 With 19 songs that have reached No. 1 on the country music charts and eight more top-10 hits, county music star Jason Aldean has a lot of material for a tribute band to choose from.

Wheels Rollin, a southern Illinois-based Jason Aldean tribute band, will bring its show to the Ste. Genevieve Chamber of Commerce Summer Music Series for the first time this weekend.

The band performs Friday night in the finale for the 11th season of the series, which this year was dedicated to late sound engineer Duane Donze.

Wheels Rollin was formed in February of 2015 with a number of musicians who had gained credentials in other regional acts.

Providing the vocals is Sean Hileman, who was born in Alton and raised in Edwardsville. He sang in talent contests in the Nashville area and made it through auditions for American Idol before returning to the Metro East. He won the Country Strong Singing Challenge for the St. Louis region in 2015.

Often told he sounds like Aldean, of whom Hileman was a fan, he launched the tribute band with Jim Moore, Glenn Sies, Mark Ray, Scott Lesinski, Ray Warren and drummer Danny Rolens.

The concert at the Orris Theatre begins at 8 p.m.

(Information from the Ste. Genevieve Chamber of Commerce, the Facebook page for Wheels Rollin and a story from Riverbender.com.)