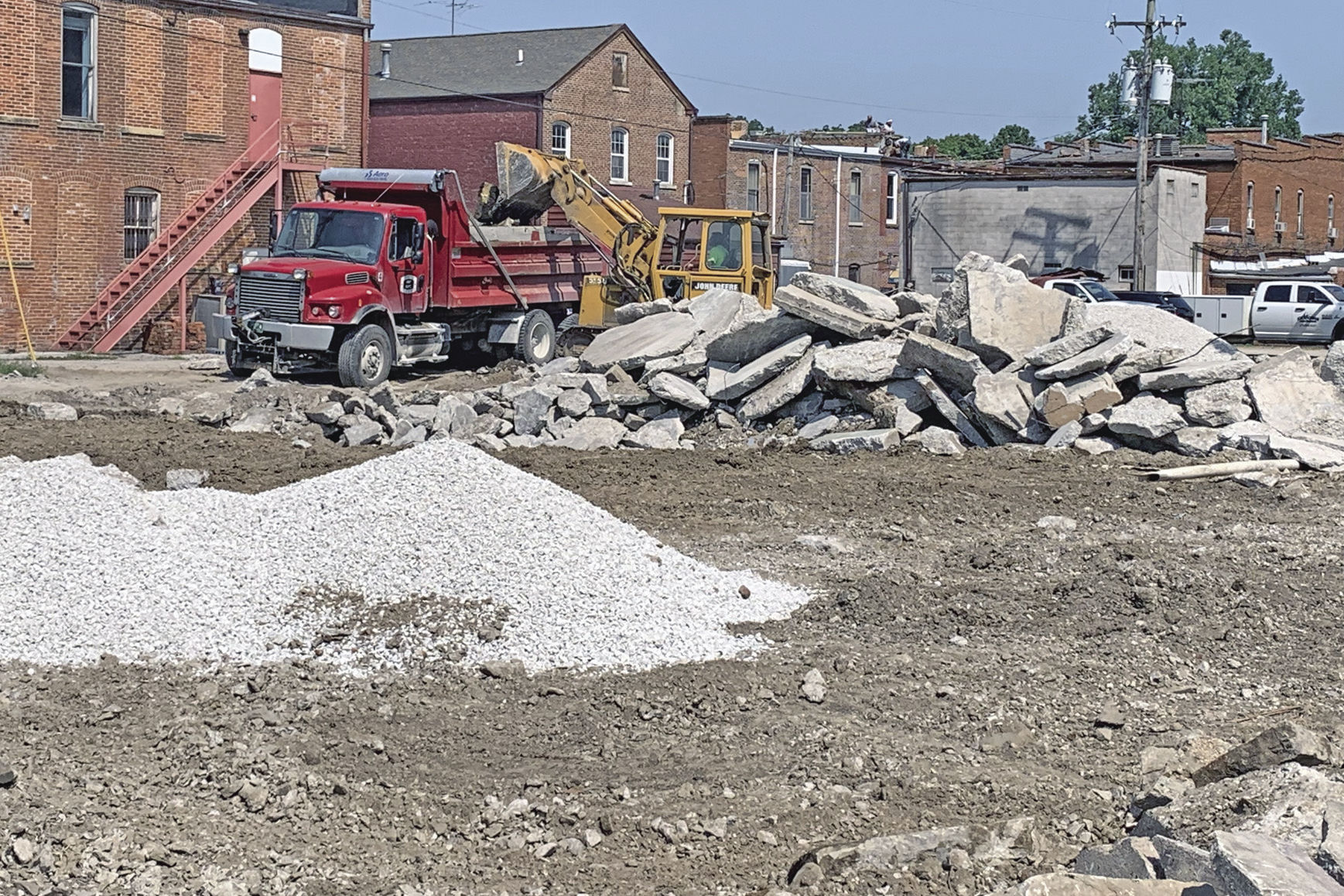 Nelson said he expected the final debris from the demolished County Services Building to be gone by last Friday.

That was the case, as mounds of gravel were spread over the site, leaving an open lot between Market Street and the backs of buildings on Third and Merchant streets. After a 44-car parking lot is constructed on the county property, the area will get some beautification, such as a plan historian Bob Mueller and architect Lawrence Myers presented to the commission this spring.

See complete coverage of the County Commission in the July 31 edition of the Herald.