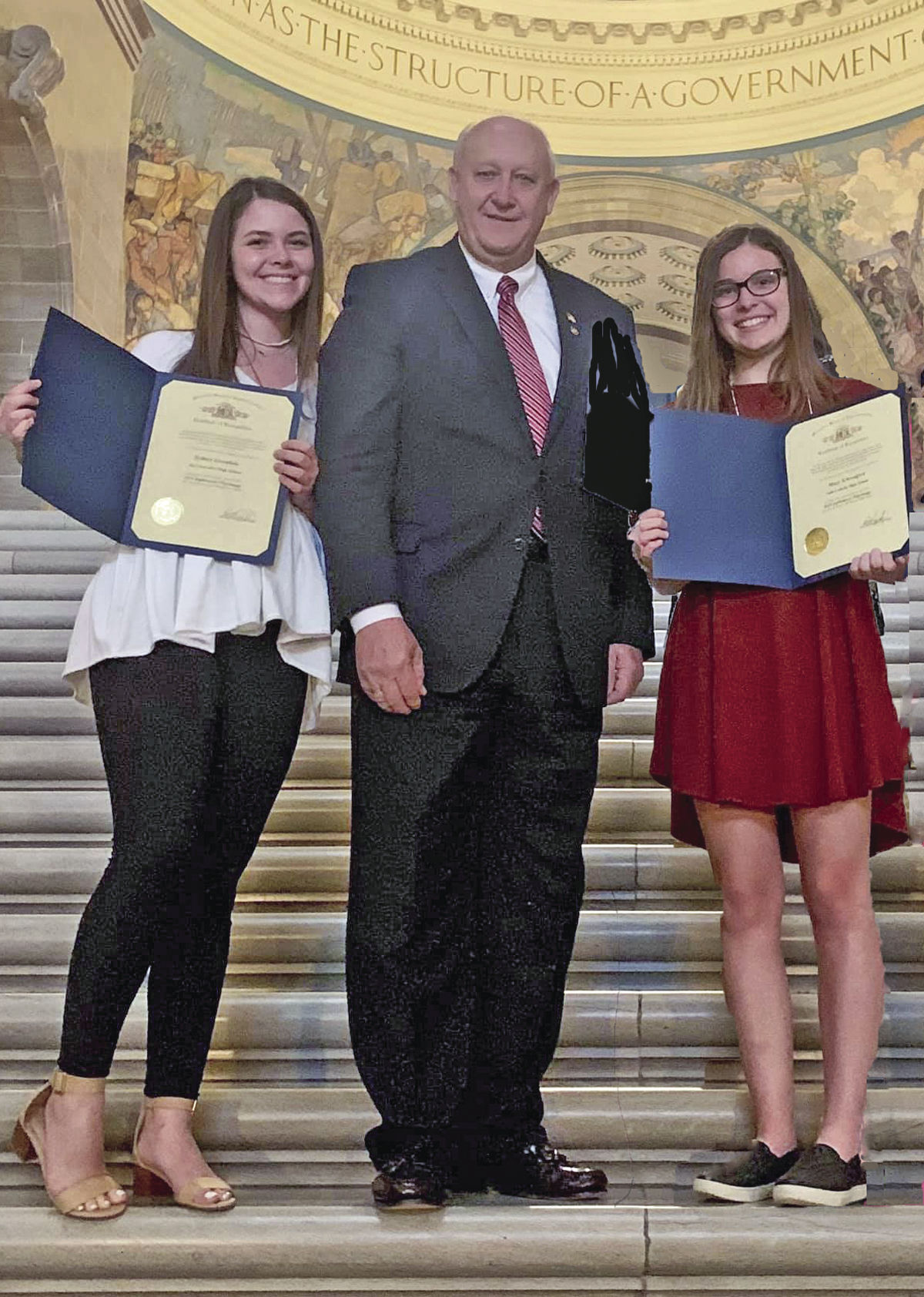 More than 150 sophomore high school students from high schools throughout Missouri traveled to the state capital, Jefferson City, to witness government in action on April 9 in a program sponsored by the General Federation of Women’s Clubs (GFWC) of Missouri.

The students and their chaperones toured the Capitol building, the Governor’s Mansion and ended their experience at lunch with Governor Mike Parson and other elected officials including the Lieutenant Governor Mike Kehoe, Secretary of State Jay Ashcroft, Attorney General Eric Schmitt, Treasurer Scott Fitzpatrick, and Clerk of the Missouri Supreme Court Betsy AuBuchon.

Introducing the governor and dignitaries to the group was none other than Judy Gustafson, former president of the GFWC Woman’s Club of Ste. Genevieve and currently president-elect of GFWC of Missouri.

Gustafson’s efforts over the past several years have paved the way for sophomores to partake in this leadership program, as she became leader of the statewide committee that coordinates the tours, speakers, publicity, registration and luncheon. Gustafson also participates in making visits to state legislators at their offices to garner support for issues endorsed by the GFWC.

“The purpose of the program is to give recognition to students in this year’s sophomore class of high school who exemplify high standards of honor, courage, citizenship, scholarship, leadership and service,” Gustafson said.

This is the 85th year that the Sophomore Pilgrimage has been awarded.

Gustafson and her co-chair, Woman’s Club of Ste. Genevieve president-elect Diane Miller, also planned the event for the entire Ninth District, which represented 34 students. They served as two of the five chaperones needed.

Thanks to the extra efforts made by Miller and Gustafson, the students receive added opportunities, as they arrived a day early to visit the Colonel Alvin R. Lubker Memorial Safety and Education Center, also known as the Missouri State Highway Patrol Safety Education Center, and the National Churchill Museum.

“That evening, we get to take the students to visit the capital, witness some proceedings, and meet their representatives,” Miller said. “This is why our students become so close with other students from throughout the district. They spend both days and the night together bonding.”

Both were invited to speak to the local club about the experience.

“I met so many people and learned so much,” Eisenbeis said after thanking the Woman’s Club of Ste. Genevieve for sending her. “I had so much fun and made memories I won’t forget. Visiting the Governor’s Mansion was a super fun experience.”

Schweigert also thanked the club and called it an amazing experience.

“It’s nothing I would have done on my own,” she said. “Meeting the governor was really great.”

The GFWC Woman’s Club of Ste. Genevieve provides these significant opportunities to local students each year.

The next meeting of the GFWC Woman’s Club of Sainte Genevieve is 11 a.m. on Monday, September 16, at the Lake Forest Estates Community Center. For more information contact President Naomi Glassey at 314-630-9896.

The GFWC and the Woman’s Club of Ste. Genevieve is dedicated to strengthening the community and enhancing the lives of others through volunteer service. They help to create change by supporting the arts, preserving historical and natural resources and advancing education through scholarships.