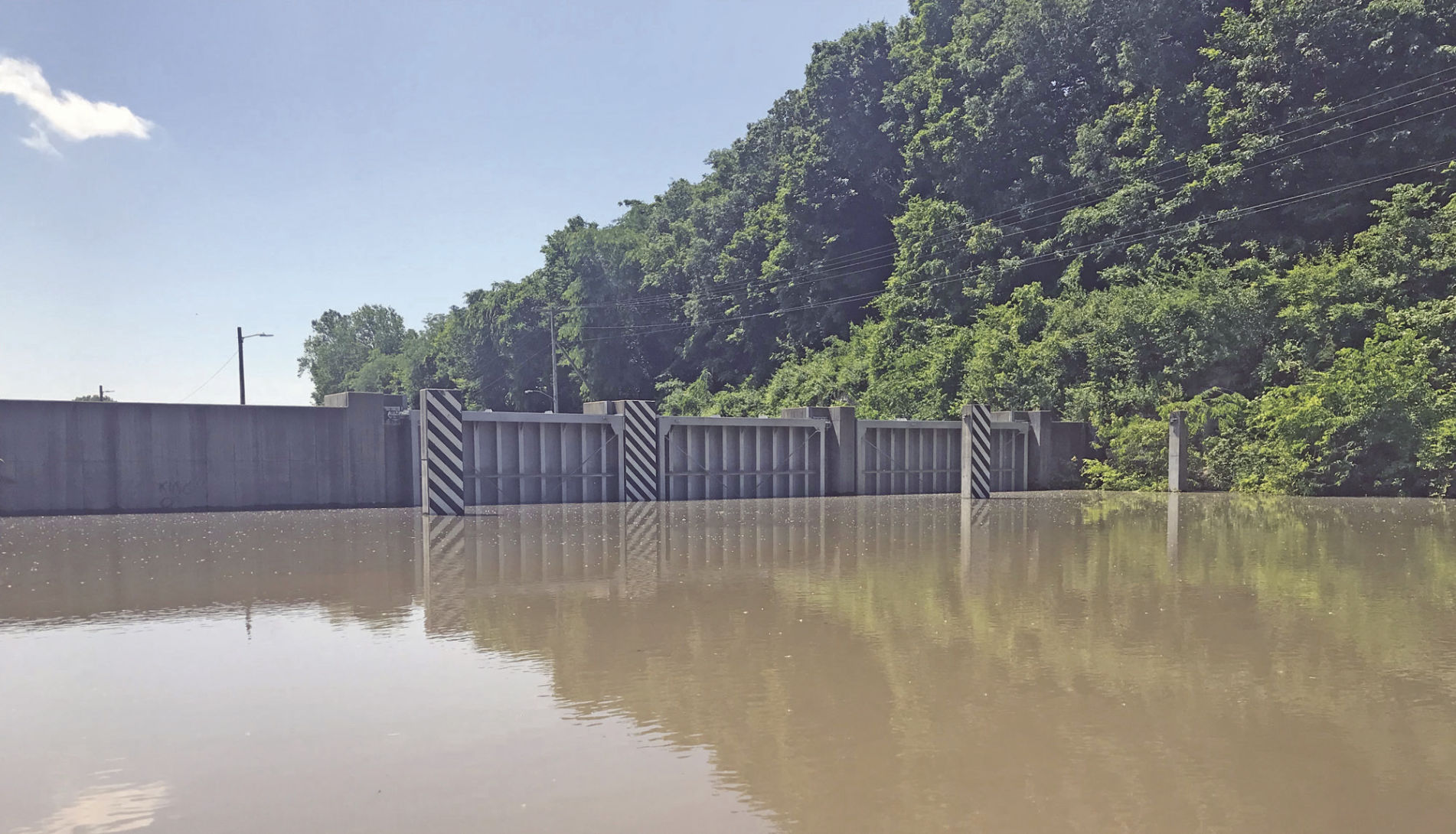 Lessons learned from the 2019 flood event will be discussed at a public meeting on Monday, July 29.

A 3 p.m. meeting at City Hall was agreed upon.

“I’ll tell you one thing, this event has been long-running,” levee board president Vern Bauman said.

“It was almost like the ’93 flood again,” board member Phil Eydmann said. “It kept going up and up and going down.”

Bauman noted that without the Urban Design Levee, completed in 2001, “we’d have had about 13 feet of water on Main Street.”

“I think Norm and the group of volunteers have really done a good job,” Bauman said. “They’ve put in a lot of hours, and that’s the method we’re going to have to continue to be our main objective [for monitoring the levee during floods].”

“We organized 102 volunteers, and I think that was including 16 firemen from Farmington on fire mutual aid,” Gallup said. “We had a total of 3,300-some-odd hours put in.”

See complete story in the July 17 edition of the Herald.