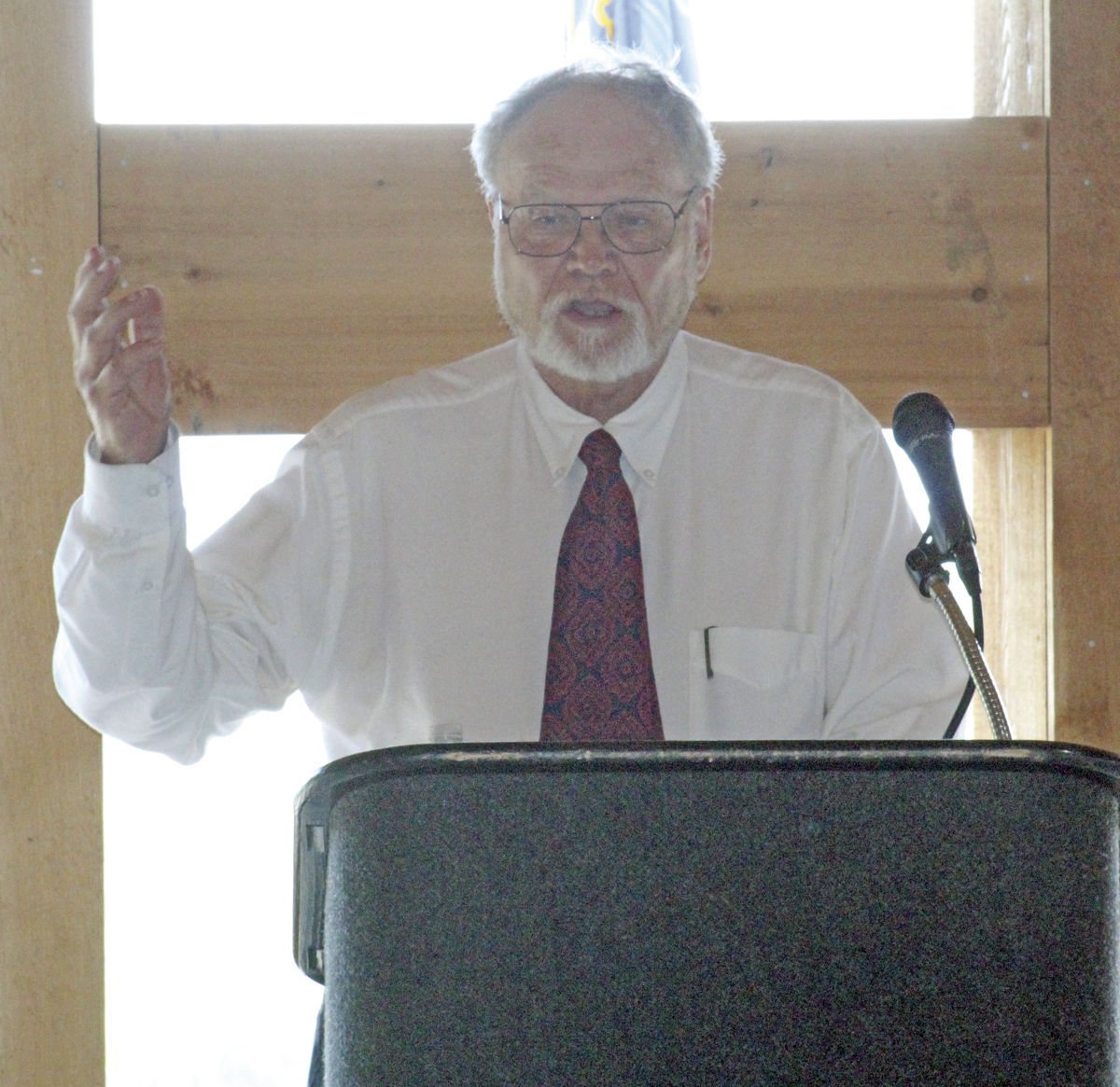 Kaskaskia’s Fourth of July celebration centered around a history lesson that proved to be ironic with the state of the Mississippi River.

Due the recent flooding of the Mississippi River, the 50th annual ceremony took place at the main shelter of Fort Kaskaskia State Historic Site instead of the Kaskaskia Bell State Memorial on the island accessible through St. Mary.

Flooding was one of the keys in the decline of Kaskaskia, which was the original capital of the state of Illinois, for one year until 1819, before it was moved to Vandalia and ultimately to Springfield. …

MacDonald said Kaskaskia still remained important because it was the county seat.

“Legal records were kept there, important courts were there, the federal land office was there,” MacDonald said. “Many political and business leaders of Illinois lived there, and for many years it had the largest population of any town in the region.”

While local historian Emily Lyons had early said three to four feet of water overtook the town, MacDonald referenced accounts that called the city a complete ruin with the whole of the town inundated by high water up to seven feet. Homes and businesses were washed away, he said, and the owner of the Kaskaskia Republican newspaper saw a wall of his printing office fall away.

“And the whole house sank into the water,” MacDonald said. “His press, type, materials, furniture, books, papers, files were all buried 12 to 15 feet deep in water.”

Following the flood, he said a deadly epidemic overtook Kaskaskia, probably due to contaminated wells.

Other towns saw the opportunity to move the county seat.

“And that was no small deal,” MacDonald said. “The county seat was the legal center. The courts and lawyers were established there, and people who had any business of a legal nature came to a county seat.”

Businesses in a county seat would prosper, he said.

Other cities in Randolph County persuaded state representatives to order three elections in 1847 to determine a new county seat.

“The first election involved all the towns … and the election was so corrupt that modern accusations of election irregularities seem mild in comparison,” MacDonald said. “Towns bought votes; they trucked in people from other areas of Illinois, even from Missouri across the river; barrels of whiskey were opened on street corners to encourage voters. Men engaged in fist fights in the streets over the election.

“Local politicians and newspapers bitterly denounced the corruption of officials — in other towns, and ignored what was going on in their own.”

The top vote-getters from the first election were, in order, Chester, Sparta and Kaskaskia.

MacDonald said the ensuing rounds of voting were more rigged and crooked, with Kaskaskia elimated after the second vote, and then Chester winning on the third vote.

“The citizens of Sparta and Kaskaskia were outraged, even though they were equally guilty of election rigging,” he said. “They were just less efficient at it.”

See complete story in the July 10 edition of the Herald.