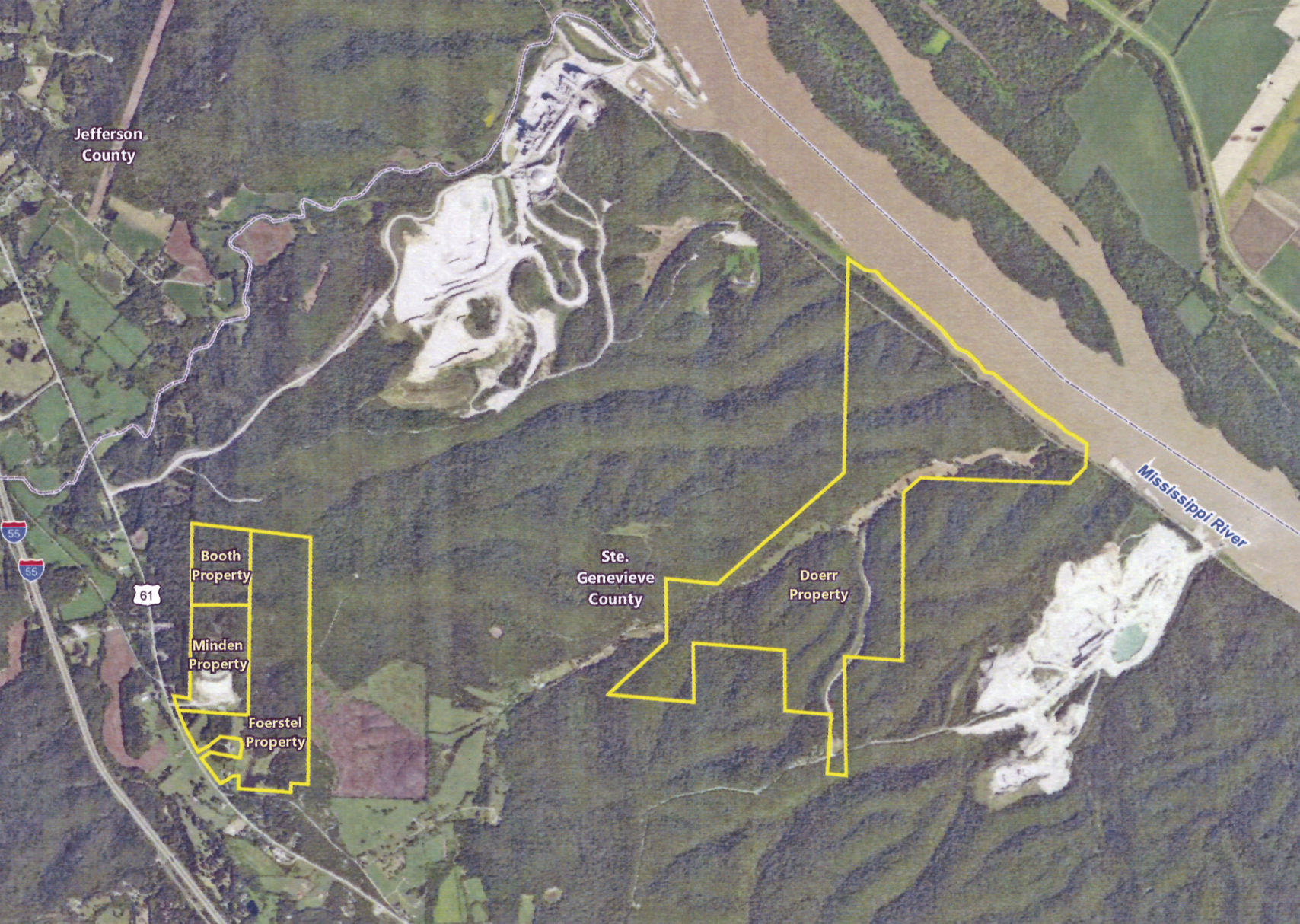 Several items were dealt with on July 1 during what was expected to be the Ste. Genevieve County Commission’s only meeting of the holiday week.

A concerned resident complained to the commission that Cave City Sand, a Festus-based company, is  planning to set up a mining operation on Brickeys Road, north of Bloomsdale.

He said the company wants to mine and move more than 500,000 tons of rock. The firm also wants to build a railroad spur to load barges. It would include a wet and dry material processing facility, a barge terminal with conveyor and loader.

The facility would be designed to produce about 1.5 million metric tons per year.

The resident said neighbors were not notified and he discovered the Department of Natural Resources (DNR) public comment period is over.

He said the company plans to “knock down some hills” and has already cleared 70 acres of trees.

A public notice was posted in the Ste. Genevieve Post Office for a comment period for a permit through the U.S. Army Corps of Engineers to work in certain waters, most notably the Mississippi River.

According to that application, Cave City Sand sought the expansion and transportation upgrade to meet projected capacity increases and bulk delivery requirements.

The notice states that production would be approximately 1.5 million metric tons per year, shipped primarily by barge and rail.

“The limestone operation would consist of local shipments of product … with a projected output of approximately 250,000 tons annually,” the notice stated.

Cave City Sand estimates 100 barges per month cycling through to meet shipping requests. Two fleets of 20 barges each are proposed. A barge-loading terminal and conveyor structure are also part of the proposal. The terminal includes 12 proposed mooring dolphins.

Cave City Sand also requested authorization from the Corps of Engineers to impact five ephemerial tributaries, all located on the Doerr Tract, with the construction of a rail spur, culverted crossings and overburden fill activities.

The rail spur would be constructed with a connection to the existing mainline rail running adjacent to the Mississippi River bluff, according to the notice. The spur is proposed for a higher elevation above the 500-year floodplain “to avoid high-quality wooded wetlands and emergent wetlands located near the confluence of Morrison Hollow and the Mississippi River.”

According to the notice, the quarried material from other tracts — known as the Booth, Minden and Foerstel properties —  would be hauled to the riverside Doerr property via Highway 61 to Brickeys Road for further processing and stockpiling.

Cave City Sand’s proposed project has added costs to minimize impacts to its own property and the surrounding area, according to the notice.

See complete story in the July 10 edition of the Herald.