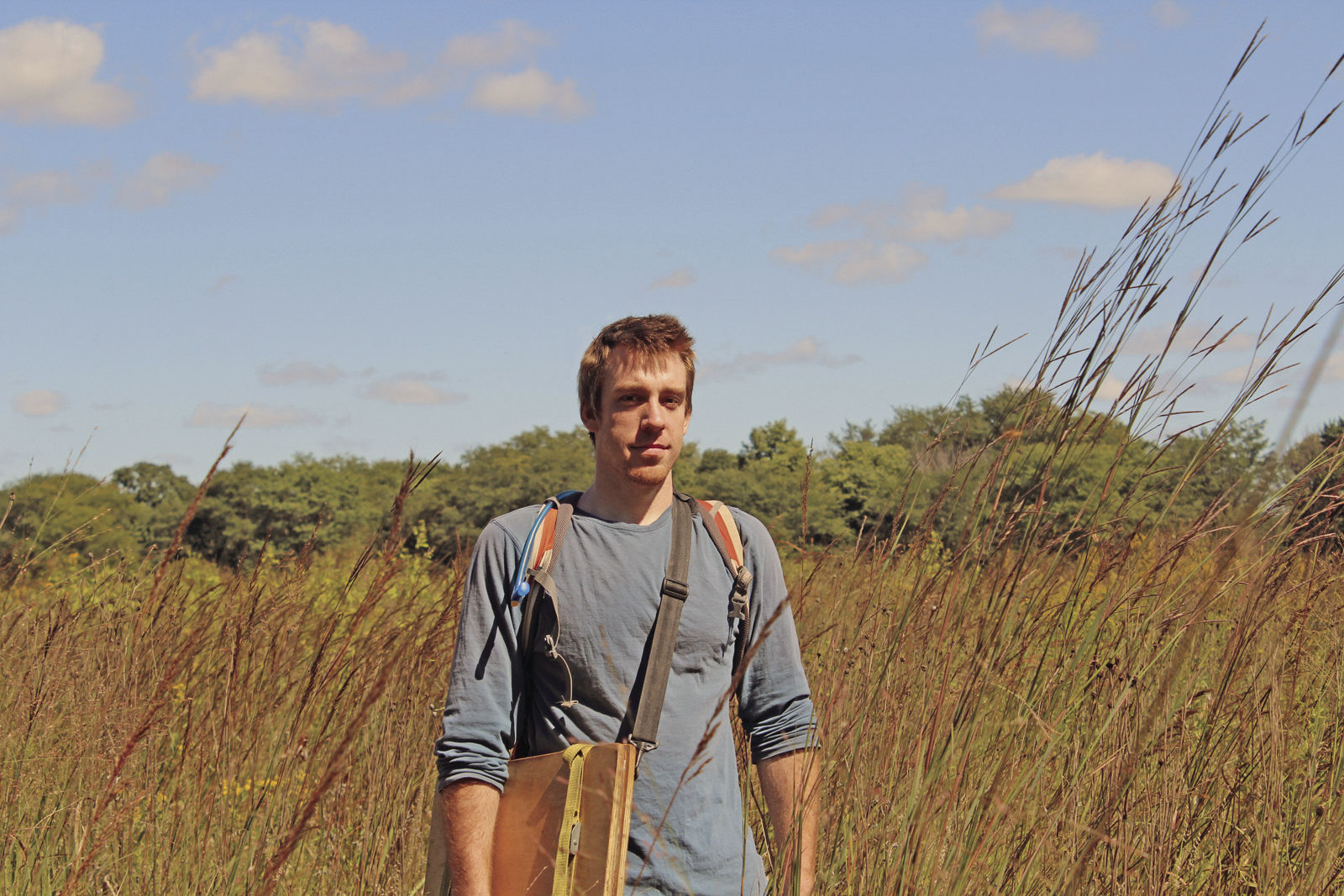 Klahs is a doctoral candidate in the Department of Ecology, Evolution, and Organismal Biology at Iowa State.

His research focuses on the grass flower and the aerodynamics of wind pollination.

Klahs majored in biology and mathematics at Westminster College in Fulton, Missouri, in 2012 before earning a master of science degree in biological sciences at East Tennessee State University in Johnson City, Tennessee, in 2014.

He told Westminster College’s WestMo News website he received the Brown Fellowship at Iowa State University to support his research on the evolution of flower morphology in the grass family (Poaceae).

“The fellowship recognizes promising research in the fields of agriculture, science, and space science,” Klahs said. “My research measures the influence of shape variation in grass flowers on their aerodynamics.

“I enjoy my current project very much. It occurs in a wonderful intersection of space science and agriculture, and highlighting this interdisciplinary aspect of a macroevolution focused dissertation helped me receive the Brown Fellowship. The research also has elements of classical botany, biomechanics, and a heavy dose of art.”

Klahs told WestMo News he fell in love with the grass family while studying at for his master’s at East Tennessee State University. He did a floristic survey of a 2,000-acre park in the Appalachian Mountains.

“I quickly realized that grasses were often overlooked because they are difficult to identify,” Klahs said. “I embraced the challenge and discovered there were more questions surrounding this extremely important angiosperm family, and so after leaving Tennessee, I came to ISU to focus on Poaceae. It was not until after I started at ISU that I settled on the question of wind pollination and the evolution of flower architecture.”

His wife, Sarah, is a marketing and events coordinator at Della Viti in Ames, Iowa. They have a young daughter, Penelope.

Klahs was born in Howell, Michigan, and attended his first two years of high school at Father Gabriel Richard in Ann Arbor, Michigan, before his family moved to Bloomsdale.

He was asked by WestMo News to list some favorites:

Spot on campus: “There used to be an old oak tree behind the historic gym that I would climb up into late at night.”

Book recommendation: “I am in the middle of Life in Moving Fluids by [Steven] Vogel. I would recommend finding and buying a copy of a local flora: Flora of Missouri, [originally published in 1963 and revised in 1987 in a project of the Missouri Department of Conservation and Missouri Botanical Garden], the Manual of Vascular Plants of Northeastern United States, or wherever you call home and would go hiking.

Phillip’s brother, Kyle Klahs, also is a Westminster College graduate, Class of 2014, who graduated in May of 2018 from A.T. Still University’s Kirksville College of Osteopathic Medicine. Kyle Klahs joined the U.S. Army Health Professions Scholarship Program after graduation from Westminster and, after graduating from A.T. Still University, was doing an orthopedic surgery residency at William Beaumont Army Medical Center/Texas Tech University of Health Sciences, treating Army soldiers and their families.

(Information from the Westminster University website, the Klahs family and Herald archives.)