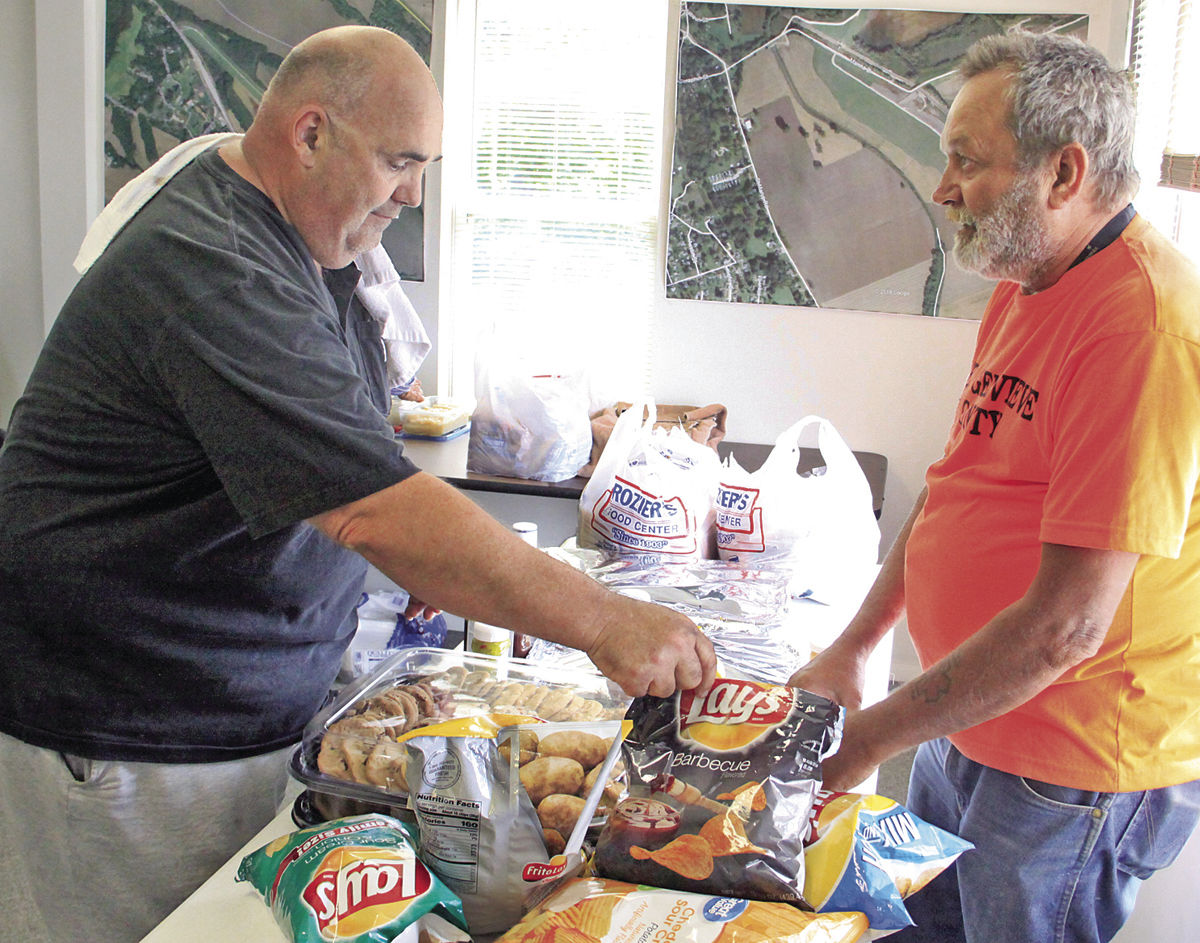 The Ste. Genevieve Community Services Forum anticipated hearing a report about the Urban Design Levee and the volunteers who make up the American Radio Emergency Services (ARES) team during its June 12 meeting, but since the ARES team still was on duty monitoring the levee, Ste. Genevieve city administrator Martin Toma recognized the volunteers and credited the levee for keeping the city dry last month.

The Mississippi River was over 40 feet much of the month, including a crest of 46.52 feet on June 10, which ranked as the second-highest on record behind the flood of 1993. That year, before the existence of the Urban Design Levee, the Mississippi River reached 49.74 feet on the flood gauge at Chester, Illinois.

Following the significant floods of 1993 and 1995, the levee was erected to protect the historic colonial-era structures in Ste. Genevieve.

“There’s been water on the levee for a long time,” Toma reported on June 12. “These levees are designed to handle what I’ll call short duration. They’re not like a dam that’s going to impound water to make a lake. It’s a sand levee, basically. There’s a lot of concern about not just the height of the water but the period of time that it’s been on the levee.

“Norm Gallup is the leader of an organization of emergency responders, ARES, and he and his group of volunteers have been organizing 24-hour walking shifts of the levee. He’s educating them to look for the signs of weakness.”

Toma said the water may find a way through the levee and create boils on the dry side of the levee.

“That’s expected,” Toma said. “It’s not a problem until they start bringing sand in with them. If the boils have sand, then you have a potential problem. They solve that problem by putting weight on the boil, and that’s with sandbags. … We’ve had a few of those. There hasn’t been any major problem. They’ve addressed it in the standard way.

See complete story in the July 3 edition of the Herald.