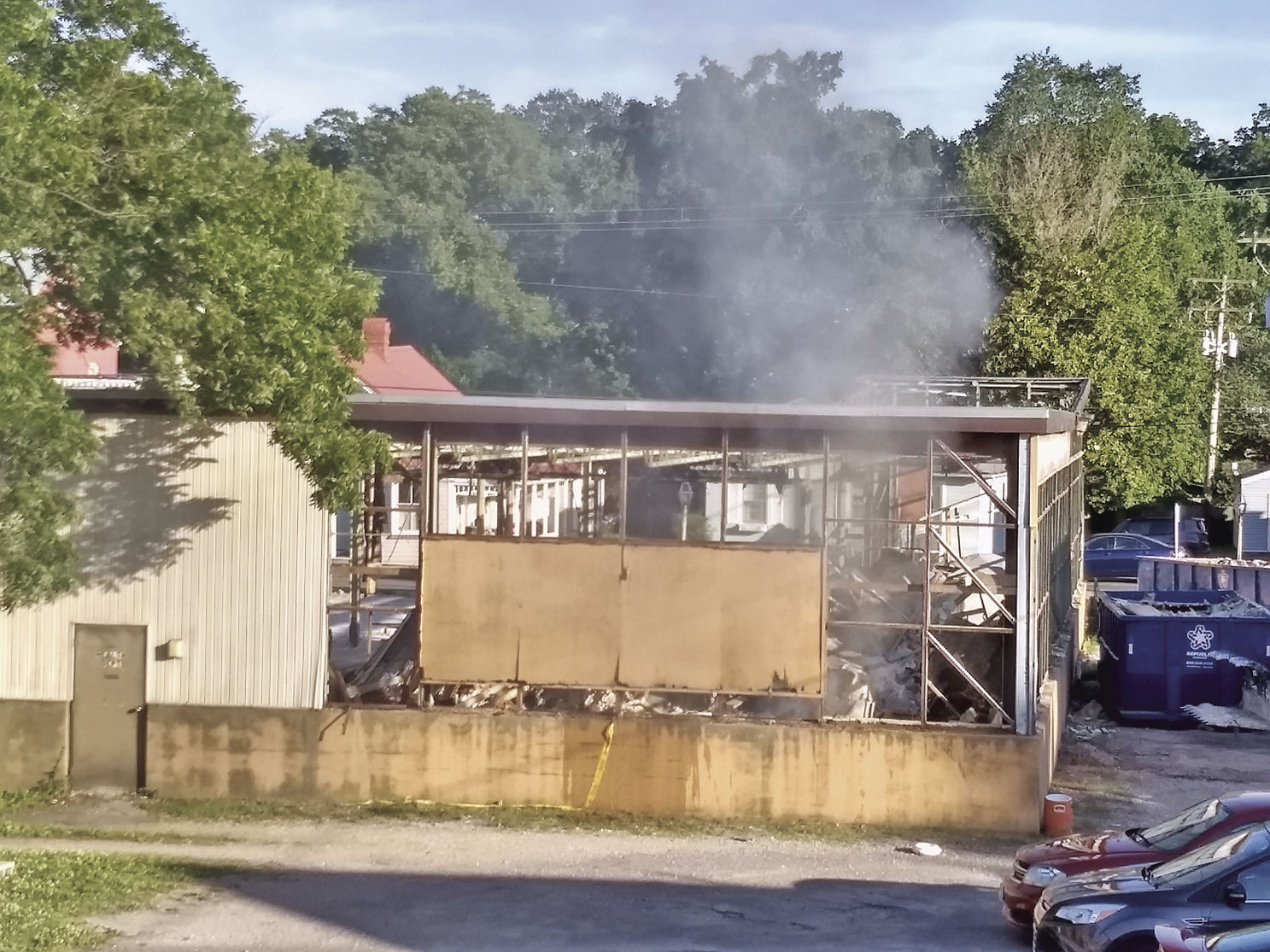 The County Commission has received more complaints on the pace of Bright Development’s demolition of the old County Services building.

Midwest Environmental completed asbestos mitigation on the building the first week in May, removing a good portion of the building’s exterior. Bright Development was then able to begin disassembling the one-time Ford dealership and garage. Some six weeks later, the steel skeleton and mounds of interior debris remain.

In fact, some of the debris caught fire on June 25. Nelson said he thought it might have been slag catching fire and that he assumed it was accidental.

The speed of the work is distressing the commissioners and others.

He said he later made another call and said the pace “is not acceptable.”