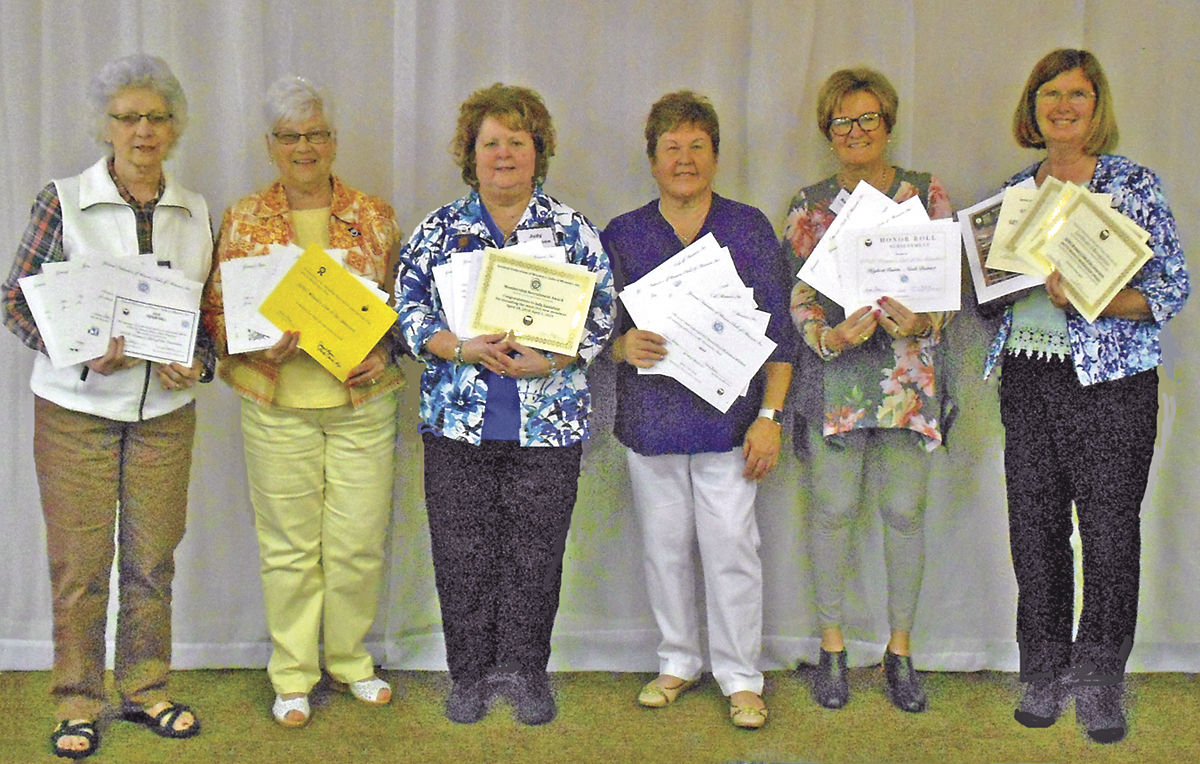 At the most recent General Federation of Women’s Clubs (GFWC) of Missouri State Conference in Springfield, the Woman’s Club of Ste. Genevieve again excelled with a club-record 33 awards.

The GFWC encourages its members to participate in the contests to provide recognition for work done by members. Contests include competition for the best newsletter, best photograph in four categories, and best short story. Awards are given for club activities and require the submission of reports to the state chairmen for judging.

In addition to three awards for projects, the club received the Virginia Oliver Memorial Award that honors the Missouri Club contributing the largest per capita gift to Missouri Girls Town. Since its inception in 2007, the award has gone to clubs from much larger communities such as Kansas City, St. Louis and Springfield. Ste. Genevieve club members are proud of their status in the state.

A new designation for Ste. Genevieve was made this year with member Debbie Kirchner being awarded attendance at Leadership Education and Development Seminar (LEADS) during the upcoming GFWC International Convention.

LEADS awards identify members who have potential to assume leadership roles in GFWC and beyond. Kirchner chairs the education program and also serves as the 2018-2020 GFWC of Missouri education chairman.

“Her heart is in serving both children and adults in ways that can improve their lives,” club president Naomi Glassey said.

Gustafson was again singled out for honors with three separate awards for her continued efforts at recruiting new members. Glassey also received a recruitment award.

The first-place winner in both the short story and poetry contests in the youth category was Emma Langeneckert.

The next GFWC Woman’s Club meeting will be Monday, September 16, at a location to be announced. For more information, contact Glassey at 314-630-9896. The GFWC Woman’s Club of Ste. Genevieve is dedicated to strengthening their community and enhancing the lives of others through volunteer service. They help to create change by supporting the arts, preserving historical and natural resources and advancing education through scholarships.