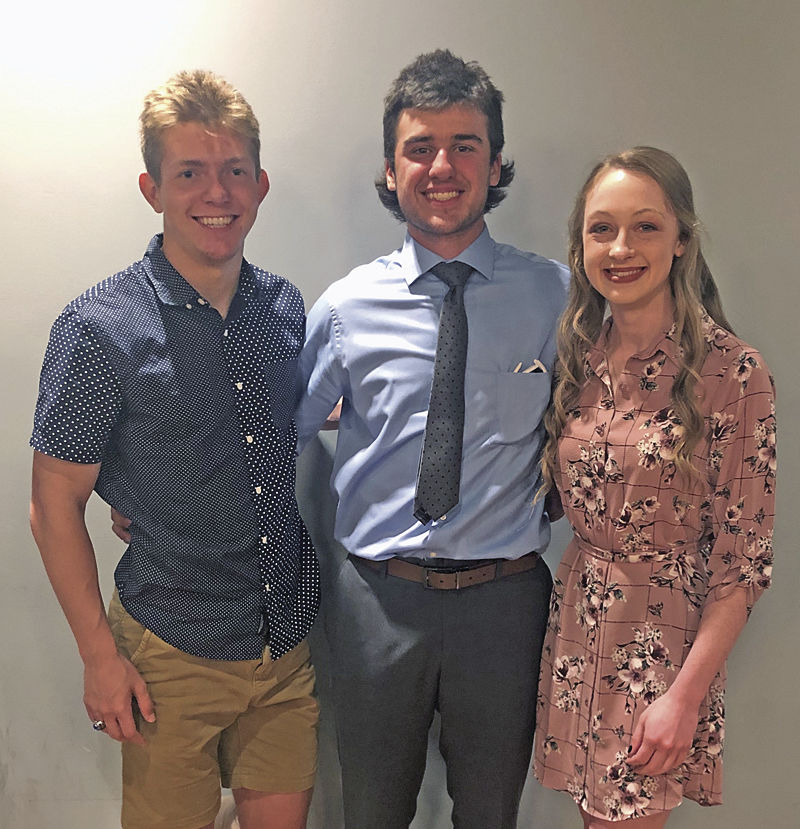 For the fourth year, a Valle Catholic alumni and career engineer has selected recipients for the Ingenuity Scholarship. These scholarships are awarded to Valle Catholic High School graduates who choose a major in science, engineering, math, computer science or who will attend a technical trade program (e.g. electrician, diesel mechanic, machinist, etc.). The donor has established an endowed fund, invested by the Valle Catholic Schools Foundation, from matching grants provided from the donor’s company and has provided over $27,000 to graduates of Valle Catholic since 2016. The Class of 2019 recipients were, from left: Jackson Drury, son of Derek and Kimberly Drury; Jordan Weiler, son of Jason and Rachel Weiler; and Grace Eftink, daughter of Jason and Jennifer Eftink. Drury will attend the University of Alabama and major in aerospace engineering. Weiler plans to attend Ranken Technical College and major in control system technology and electrical automation technology. Eftink will attend St. Louis University and major in biochemistry. (Photo, information from Valle Catholic Schools)