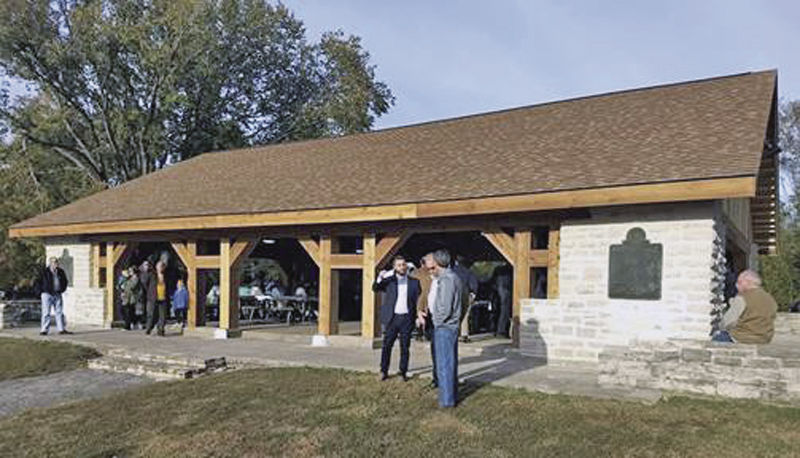 The annual Liberty Bell of the West Patriotic Celebration, which usually takes place at the Kaskaskia Bell State Memorial, will instead be held this year at Fort Kaskaskia State Historic Site’s recently rebuilt Main Shelter House because of flooding on the Mississippi River.

“The road to the Kaskaskia Bell State Memorial has been covered with water since April due to flooding,” said site superintendent Chester Wingerter. “The bell remains at Kaskaskia, a testament to the spirit of the first European congregation in Illinois. In the meantime, we look forward to celebrating the Fourth of July at Fort Kaskaskia’s shelter.”

The relocated patriotic celebration will begin at 1 p.m. on Thursday, July 4, at the Fort Kaskaskia shelter, which overlooks the Mississippi River.

Featured speaker for the celebration will be David MacDonald discussing “The Decline of Kaskaskia, the Rise of Chester.”

In addition to the traditional Municipal Band performance at Yanks Field and the fireworks dispay after dusk, the city of Ste. Genevieve’s Fourth of July celebration will include an event at noon at the DuBourg Centre.

State Representative Dale Wright is the keynote speaker; and Rod Scherer will read a portion of the Declaration of Independence.