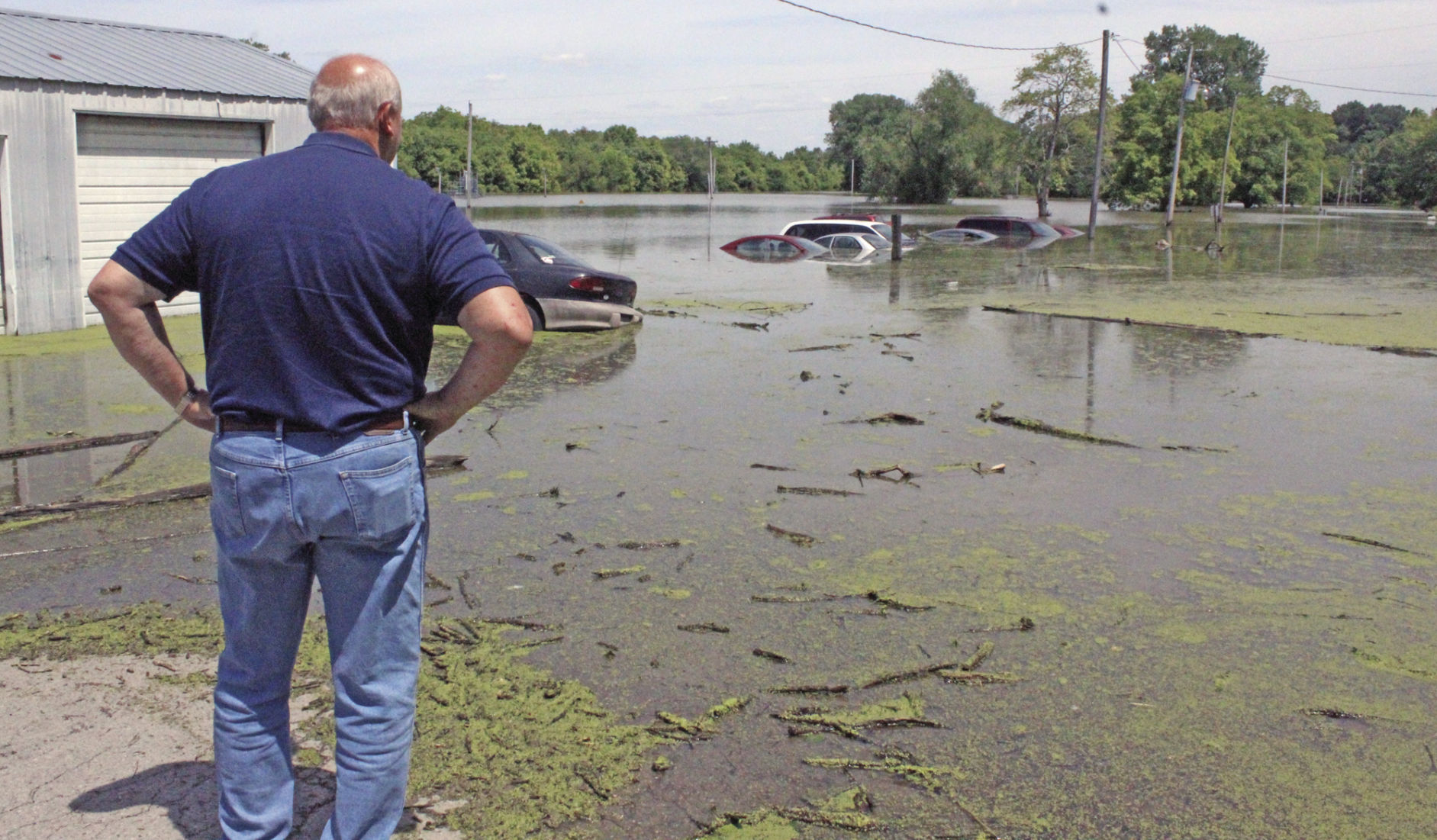 The Mississippi River dipped under 44 feet on Monday, down more than 2 1/2 feet from what became its official crest of 46.52 feet on the afternoon of June 10.

With the mark surpassing the crests of floods in 2016 and 2017 to become the second-highest after August of 1993 (49.74 feet), the flooding caused road closures in the usual places.

The river was expected to fall below 35 feet on June 26.

Levee District No. 3 Board Approves Raise For Superintendent