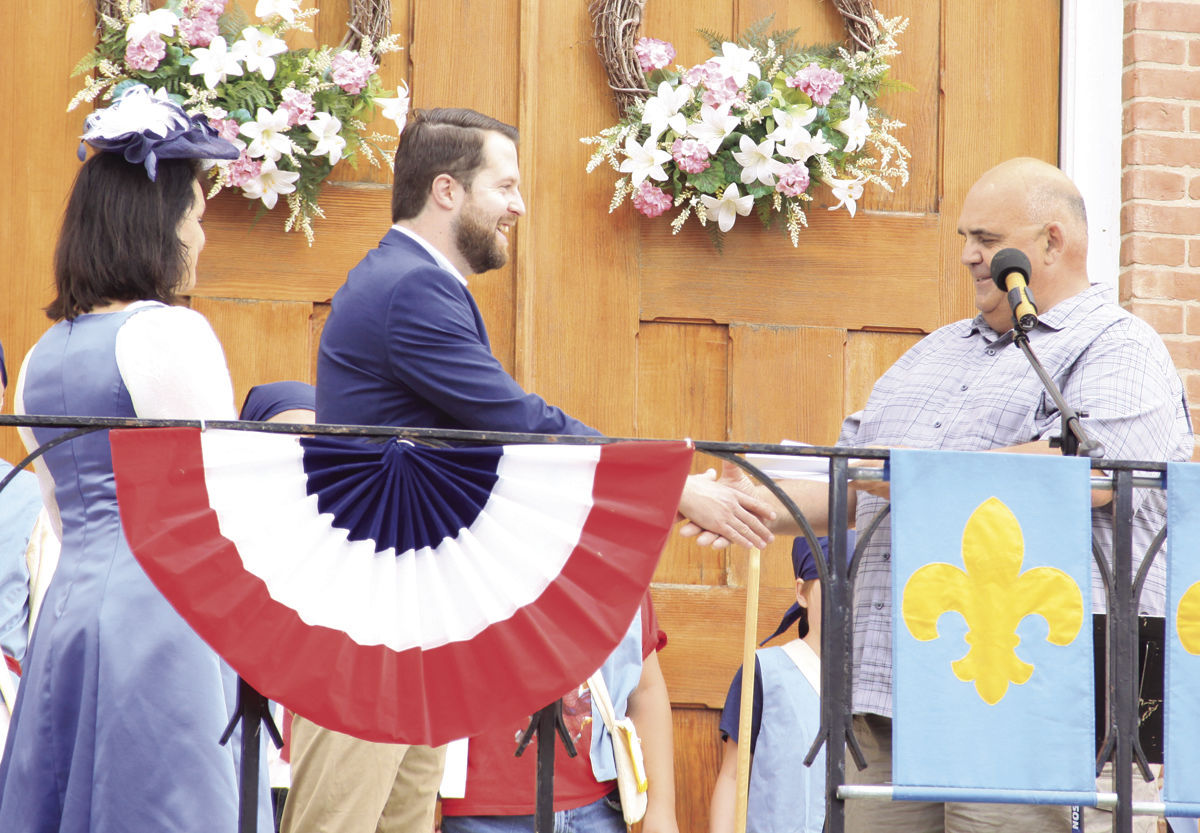 The annual French Heritage Festival, Spring For Down Syndrome and the Felix Valle House State Historical Site’s La Veille all took place on Saturday, when temperatures were in the low to mid 70s with some light cloud cover.

No rain marred this year’s event, as it has many recent years.

Chip Marzuco, who organized the Spring For Down Syndrome event, agreed that the weather was perfect for once.

“It was beautiful,” he said. “No rain for once and it was just overcast enough that it made it cool for all the UTV riders out there. It actually was a win-win.”

About 300 UTVs took part in the ride, one of several fundraising activities that were part of the Down Syndrome event, which also benefits the local Challenger Sports program.

More than 30 baskets were offered at a raffle, and more than 30 items at an oral auction. Marzuco said food vendors all ran out of food by the end of the event.

“They had a tremendous crowd all day long,” he said.

Cathy Grusling, who has served as co-coordinator of the French Heritage Festival in recent years, along with city of Ste. Genevieve tourism director Sandra Cabot also was thrilled about the weather.

“Oh, my goodness. Yes, it was wonderful. It turned out to be such a beautiful day, cloudy but cool and nice. It drew people out. It seems, like there were a lot of people out. I’m very happy.”

Among those who were in attendance at the French Heritage Festival was Martin Dionne, the Chicago-based director of public affairs for the French-speaking province of Canada in France.

“It’s my first time actually in Ste. Genevieve,” Dionne said during the opening ceremonies. “I heard a lot about it. … It’s great to see a town like Ste. Genevieve and St. Louis and Detroit — for me, I always try to pronounce them in French to respect history — honor ancestors and everyone who made this great journey to settle America.”

Dionne was presented with the key to the city by Mayor Paul Hassler.

“I think it was pretty good,” she said, adding that a large number of people took tours of the Felix Valle House, the Beauvais-Amoureux House and the Green Tree Tavern.

Complete story in the June 12 edition of the Herald.