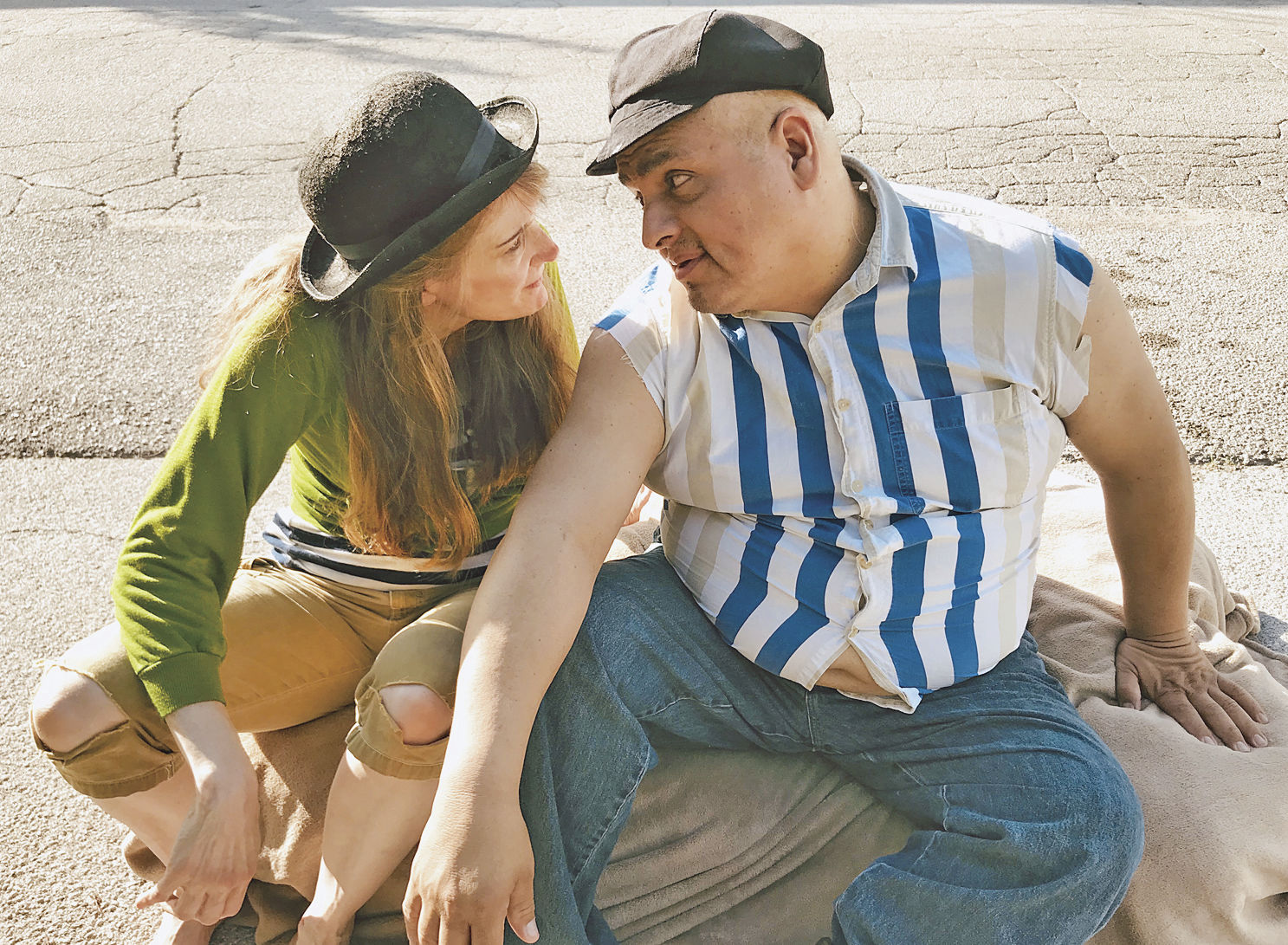 Kristen and Marc Chibitty met during a college theater production. Today, they share their passion for the theater with their family.

In 2018 they organized the Ste. Genevieve Theater Guild and produced a play, Nobody is Perfick, in June.

“We just kind of threw that one together,” Kristen Chibatty said. “We just rehearsed for four weeks. It went over pretty well.”

They are taking on a more challenging task this weekend, putting on Samuel Beckett’s Waiting For Godot at the Welcome Center at 7 p.m. Friday [June 7] and Sunday [June 9].

Written from late 1948 to early 1949, in French, the play was first performed in 1953. Its first English performance followed in 1955. Subtitled, “A tragicomedy in two acts,” the play soon became iconic.

A 1990 British Royal National Theatre poll named it the “most significant English language play of the 20th century.”

In the play, two characters, Vladimir and Estragon, wait for a man named Godot, who never shows up.

This play is a family project for the  Chibittys. Marc and Kristen are joined by children Nama, Bunny and Ignatius, as well as one non-family member, Jonathan Grass.

Kristen Chibitty will portray Vladimir, while Marc Chibitty is Estragon.