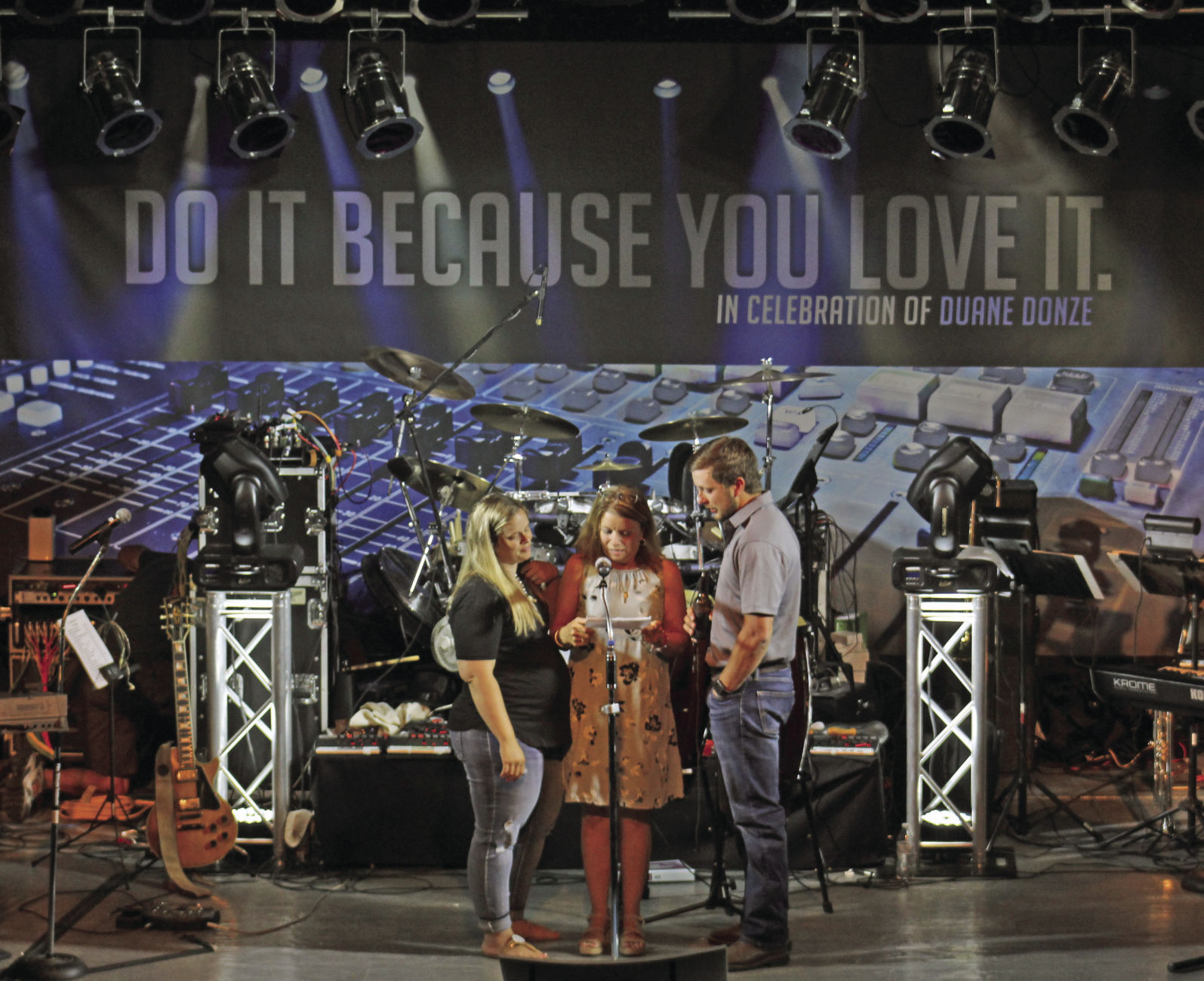 The Ste. Genevieve Chamber of Commerce kicked off the 11th annual Summer Music Series at the Orris Theatre with a special night dedicated to Duane Donze, who served as the sound and lighting engineer for the first 10 years of the series.

Donze died in November of 2018 at the age of 60. He was honored in April with the Chamber of Commerce’s Lifetime Achievement Award for his contribution to the Summer Music Series.

Donze was recruited to be the sound person as the series was organizing more than a decade ago.

“The excitement that he had was a motivating force for us to move forward,” said Jason Schott, a past president of the chamber in speaking for the organization. “We knew at that moment we had a sound guy — one who knew his stuff and one who was all-in. … He was our guide every step of the way.” …

On Saturday, the Orris stage was brightened by new lights and light towers that will be a permanent fixture. The Orris ceiling also received a new coat of paint as part of the upgrades.

“This is his vision,” said Kenny Greminger, who is succeeding Donze as the lights and sound engineer for the music series.

Dick Greminger, the owner of the Orris, paid tribute to Donze by remembering the traits he had inherited from his father, “Cap.”

“Duane would always do anything you wanted, even without asking. He was always there for you. And such a positive attitude. He always had that positive [outlook] about life. If there’s anything we can do tonight as a tribute to Duane is quit bitching and enjoy life.”

Donna Donze, the widow of Duane Donze, echoed that in her closing comments.

Joined on stage by their daughter Kelsey Roth and son Kory Donze, she thanked many people, from the band GTO that performed Friday night to those who worked to upgrade the Orris stage and those who offered support to her and her family in recent months. …

“One true way you all can continue to honor Duane is to support the great summer concert series,” Donna Donze said. “It’s an amazing program for a small town to have. … This program continuing will make him happy.”

In closing, she said, “Enjoy each day, one day at a time. It truly is a gift.”