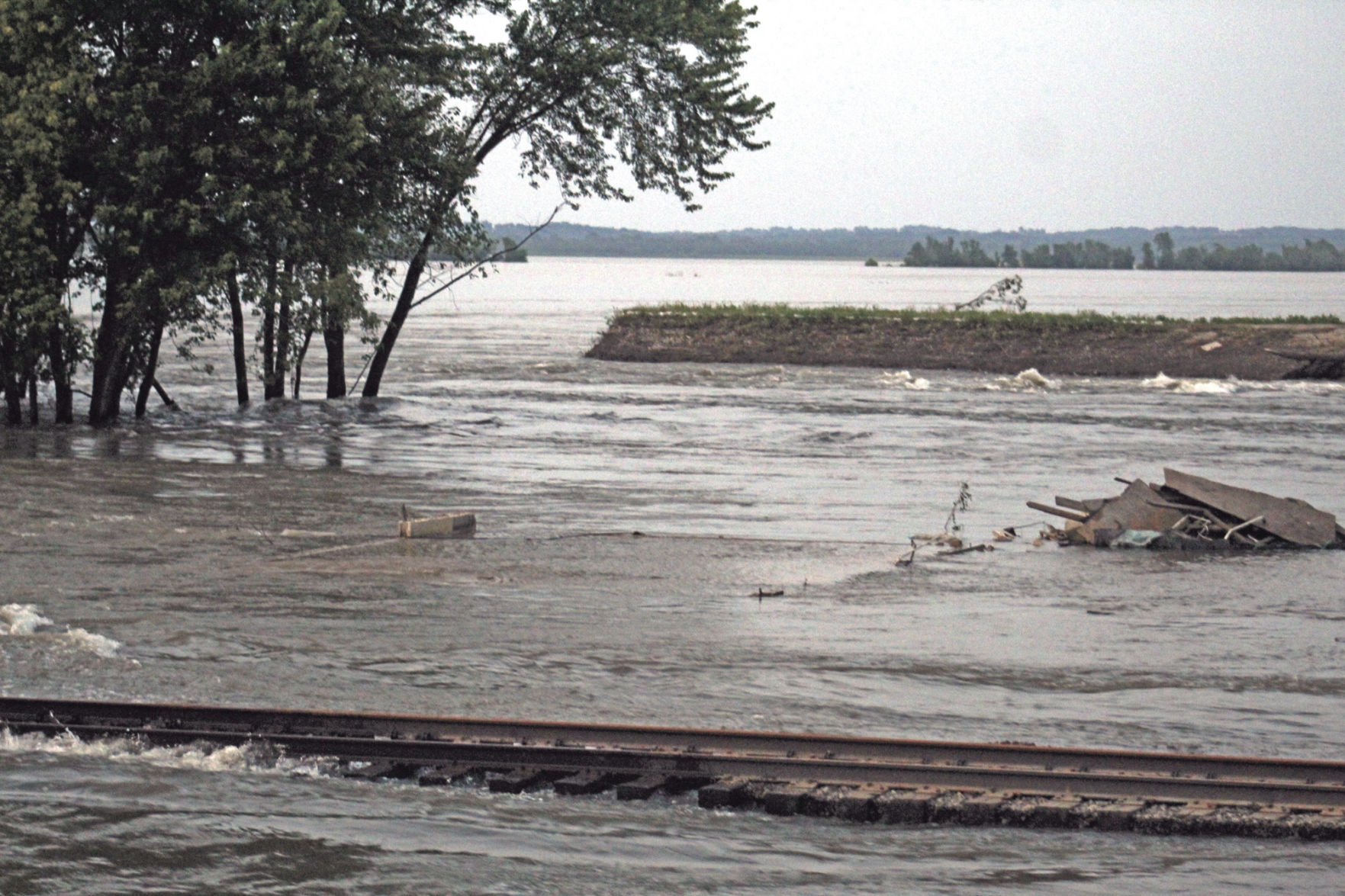 The Mississippi River is headed toward a crest of 46 feet this weekend, according to National Weather Service’s Advanced Hydrological Prediction for the gauge at Chester, Illinois.

The river was at a height of 43.79 feet in the early hours of Monday.

The National Weather Service data includes records dating back to 1844.

The crest prediction moved up twice in the last seven days, from 44.5 feet to 45.3 and eventually 46, where it has been for several days.

Levee District 2 over the weekend intentionally breached the southern end of its own levee, to allow water to back into the agricultural field south of the city of Ste. Genevieve.

Also over the weekend, a portion of the levee north of the River aux Vases was breached, according to Felix Meyer, the county’s emergency management director.