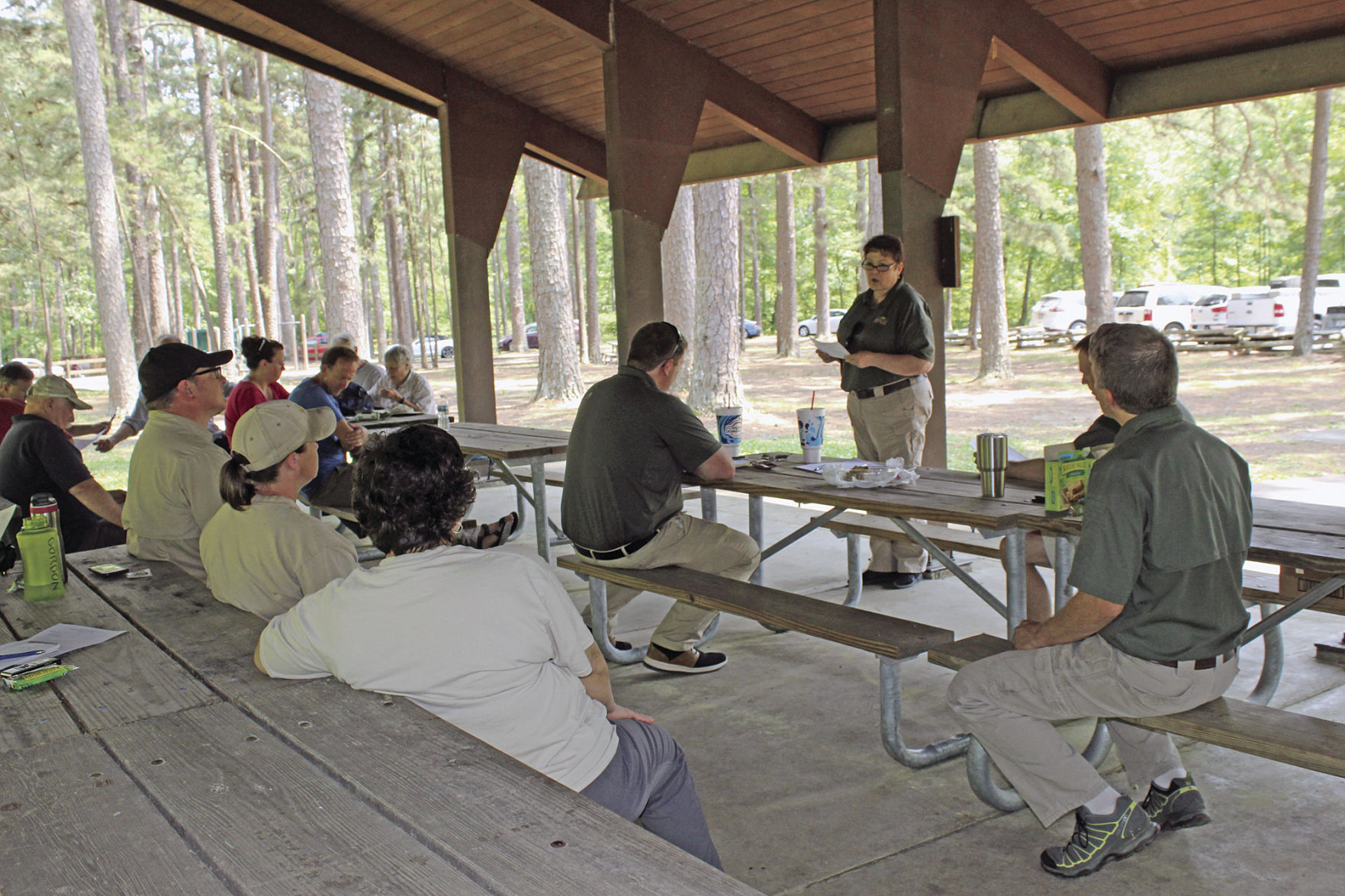 Two things this week will be drawing the attention of Donna Rausch, site administrator for the Felix Valle House State Historic Site.

A National Park Service (NPS) representative will be in Ste. Genevieve for three days to gather information from Rausch about interpreting the story of the Beauvais-Amoureux House on St. Mary’s Road.

And floodwaters from the Mississippi River may be creeping toward the Kern-Delassus House on Highway 61.

The Felix Valle House State Historic Site, a property of the Missouri State Parks, manages the Beauvais-Amoureux for the NPS, which received it via donation from the Missouri Department of Natural Resources as the first property in the establishment of the Sainte Genevieve National Historical Park.

The Kern-Delassus House also was included in state legislation to be transferred to the NPS for establishment of the park, but that has not taken place yet.

In the meantime, the Kern-Delassus House is staring at rising waters following the breach of the Levee District 2 system south of the city of Ste. Genevieve this past weekend. The water had not crossed Highway 61 north of the the Quarrytown Road area, where a temporary levee is in place.

Highway 61 was closed to traffic south of Levee District 3’s southern wall this past weekend as Levee District 2 planned to breach its own levee at Mitchell Island.

“It probably will get in the bottom of the Kern,” Rausch said Saturday at a Missouri State Parks informational meeting hosted  by Hawn State Park. “That’s one of the things I’ll have to be monitoring in the next few days to see what happens.”

She said water did get to the house in recent floods when Levee District 2’s levee was breached, but she only expected minimal damage.

Rausch called the NPS visit scheduled for this week “a really important step.”

She said NPS activities continue to take place, although no timeline has been announced for the NPS to begin operations of the park. The federal agency was in the process of acquiring more properties through transactions with the National Society of the Colonial Dames of America in the State of Missouri.

“It will take a little bit longer than what they thought,” Rausch said of the park’s establishment.