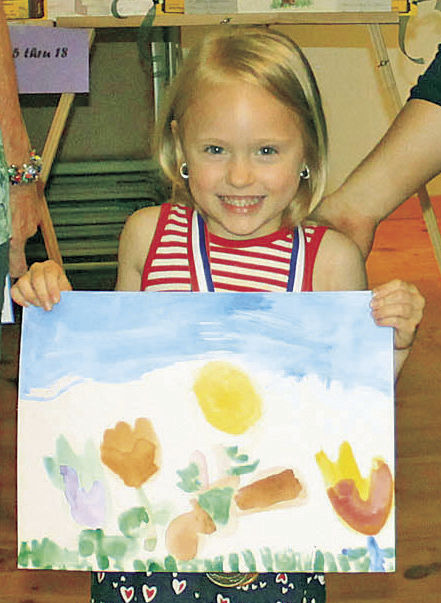 Raeleigh Lipp, competing in the 4- to 8-year-old division at the annual Youth Plein Air painting competition, won her age group and Best of Show honors.

The winners in the competition were announced Friday at the Welcome Center during the Valle Catholic Schools Youth Plein Air Awards that took place as part of the Fourth Friday Art Walk for the month of May.

To enter, young artists had two hours on either May 8 or May 11 to produce a scene at Moses Austin Park near the intersection of South Main and Gabouri streets using their choice of watercolor, colored pencils, ink, pencil or oil pastels.

In ages 9 to 14, Kevin Siebert was second and Rosie Siebert third.

In ages 15 to 18, Maria Marzuco was second and Mary Siebert third.

The Youth Plein Air Event was started in fall of 2007.

Now sponsored by Valle Catholic Schools, it is organized and staffed by Dalton, Vincent, volunteers and parents.