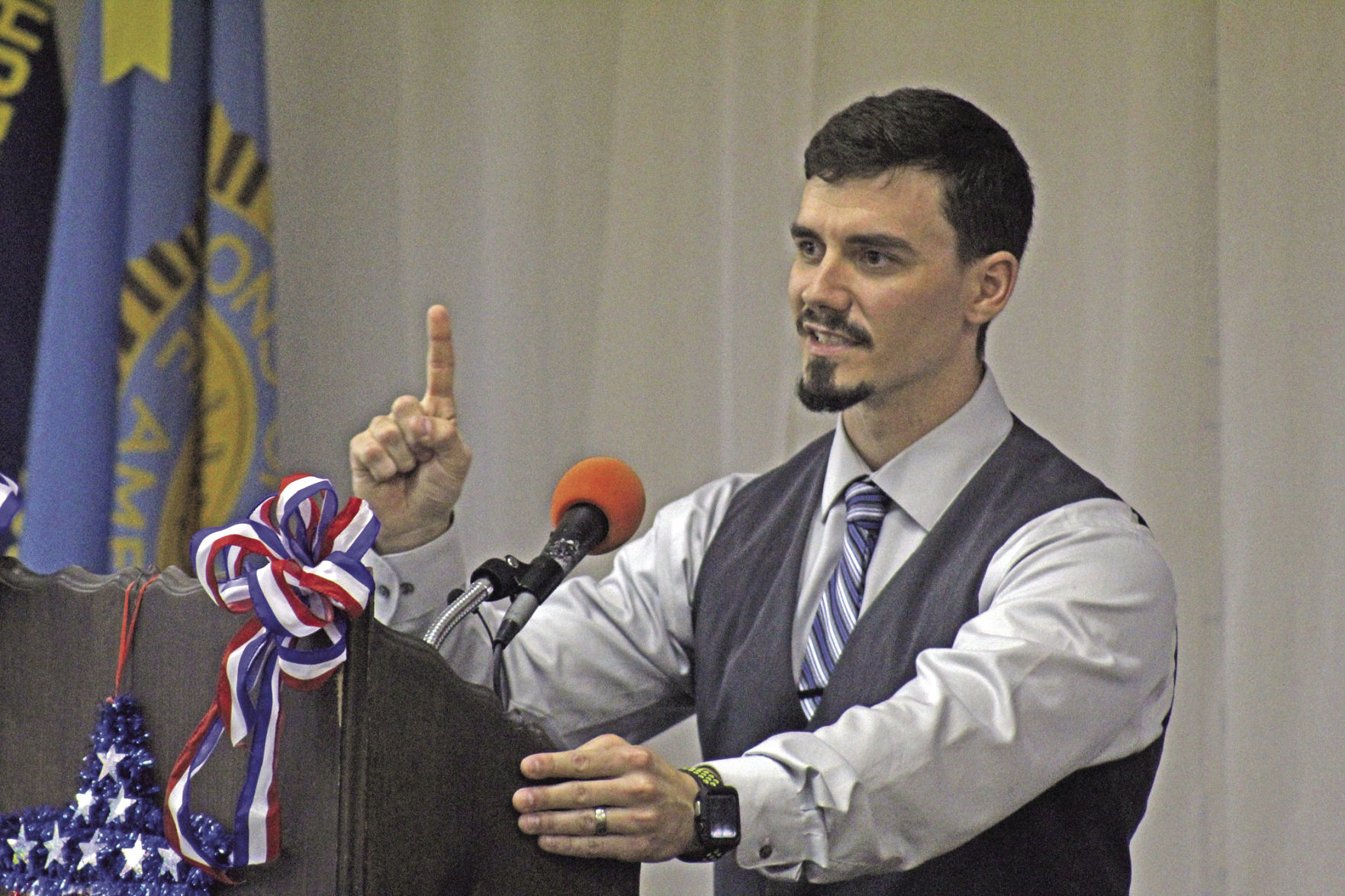 Sterling Wells paid tribute to a fellow American serviceman who gave his life in Wells’s place by serving as the keynote speaker for Memorial Day ceremony at the VFW Hall in Ste. Genevieve on Monday.

Wells honored Corporal David Sonka, a Colorado man who died on May 4, 2013, at the age of 23 while conducting combat operations in Afghanistan. He was serving with the Second Marine Special Operations Battalion.

Online reports say he and another member of the U.S. Marines were killed when an Afghan soldier turned his weapon against them.

“He was shot and killed almost instantly,” Wells said of Sonka. “They had went out on a patrol. During that patrol, they had ripped out with us right before that. I was with special operations at the time, and whenever we were scheduled to go out with them, they didn’t want us to. They wanted to do it on their own … so they went out, just bad time, bad place. It was just one of those things you never know.”

Wells is a 2007 Ste. Genevieve High School graduate who went to Jefferson College before enlisting in the U.S. Army in 2008 as a military police officer at Fort Leonard Wood.

He said he was following a family calling, as all the men in his family — his father, grandfather, great-grandfather and all of his great uncles — all served in the military.

During his speech, Wells said he hoped to use his role as a veteran of the military to influence young people on the importance of service.

“I want to instill in future generations the patriotism, the honor, the selfless service amongst everything,” Wells said. “Selfless service, that overall calling to serve. And if I can affect one person, then I have done my job.”

He thanked the veterans who had served before him.

“You still serve a great purpose,” Wells said. “If it wasn’t for each and every man and woman in this room who served, I wouldn’t be here…. I wouldn’t have been able to go fight for my country.”

See complete story in the May 29 edition of the Herald.