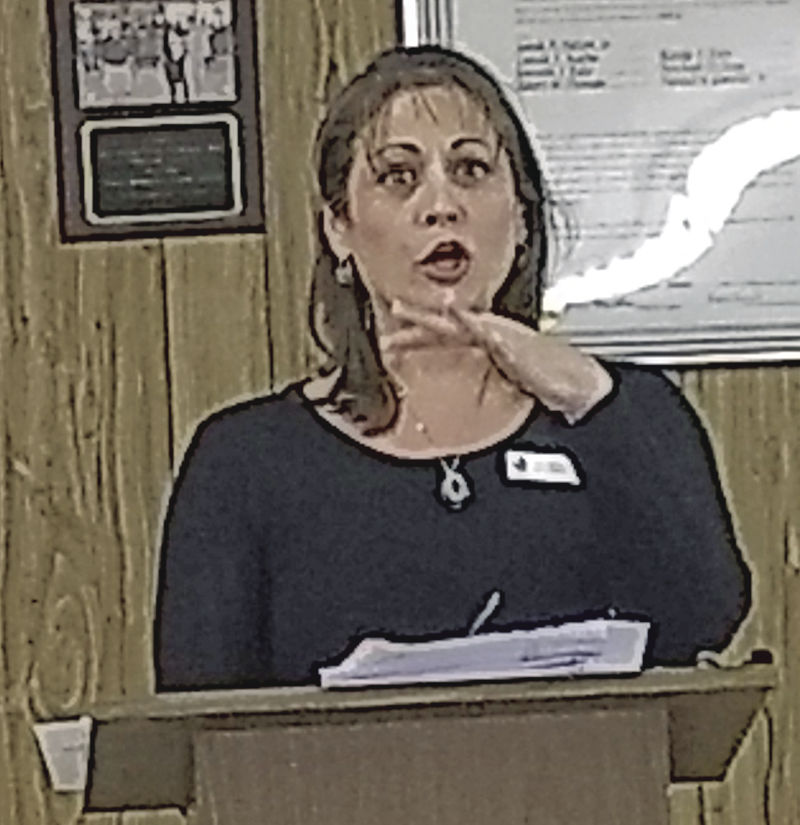 Karin Chester painted a vastly different picture of medical marijuana’s effect on Missouri than the one county officials have expressed in recent months.

None of those who had expressed concerns were present May 15 at the Steelworks Hall when Chester, vice president and director of events for the Missouri Medical Cannabis Trade Association, spoke to the Ste. Genevieve County Democratic Club.

Questions from the audience seemed to reflect support or curiosity about the coming of legalized cannabis.

The issue is personal for Chester, who lives in Hillsboro. She shared some of her medical history with the audience.

“I have osteodegenerative and a genetic form of rheumatoid arthritis [RA],” she said. “I was diagnosed when I was in my 30s. They were very hesitant to give me a diagnosis because I was so young and because RA is not something you normally see in somebody in their early 30s.”

Chester, 49, said she has been on “all the different medications you can think of.”

When she started working with New Approach Missouri to get medical marijuana legalized in 2016, she was taking an average of 46 pharmaceutical pills per day.

Today she takes one medication twice a day and uses various supplements in addition to cannabis oil.

“It’s not a getting high thing,” she said, noting that it is a cannabidiol (CBD) oil. It and another oil have her in “complete remission,” she said.

CBD’s, she stressed, do not make users high.

Marijuana has 70 cannabinoids [chemical compounds] in its makeup. There are two primary cannabinoids — CBD and tetrahydro cannabinol [THC]. Only THC produces mind-altering effects typically associated with marijuana use.

“I’m not just one of the trade association people, she said. “I’m also a patient.”

See complete story in the May 22 edition of the Herald.